The New Criterion’s Tim Boreham highlights several mining services contractors, large and small, and their potential at this time.

The latest updates from the Australian mining services sector indicate production-related activities domestically have seen little virus impact while internationally is mixed, the broker notes. Exploration and non-essential activities are nonetheless more likely to be curtailed.  But in particular, iron ore and gold operations in WA are noted as being very strong.

First-half results were pre-released and the main new item in the financials was the growth guidance from the PnP acquisition. This contributes to a lift in Morgans’ FY20-22 operating earnings estimates of 3-10%. 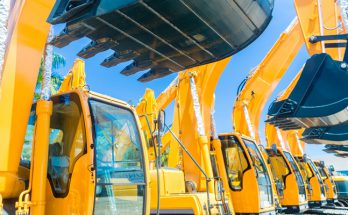 Investors took the long handle to a couple of stocks yesterday – vitamins group Blackmore’s was one; heavy equipment hirer, Emeco Holdings was another despite producing a $12 million profit for the six months to December.

Emeco Holdings shares rose nicely yesterday after the company’s notice of annual meeting revealed a plan for a one for 10 consolidation of shares to improve their marketability.

A bit of a thumbs down from investors for Emeco Holdings, the heavy equipment rental group, despite the update showing a rise in earnings.

The company has announced it will acquire Matilda Equipment for $80m. Matilda is a niche rental supplier of ancillary mining equipment, comprising mostly new model dozers and civil/services vehicles.

Shares in mining equipment supplier Emeco Holdings were dumped yesterday afternoon after it rejected suggestions it might be sitting on an unknown bid.

Morgans observes the completion of contract mining operations (lower margin) was the driver for increased profitability in the second quarter. Operating earnings were up 15%, at a margin of 43% versus a margin of 35% in the first quarter.

Emeco posted a complicated result due to the merger with its two largest competitors, and recapitalsation, but the fourth quarter signalled the merged entity’s potential, the broker suggests. No formal guidance was offered other than a strong outlook.

Mining services group Emeco Holdings (EHL) has continued the trend for companies in its sector to report another round of weak results for the year or half year to June 30.

Struggling heavy equipment rentral group Emeco (EHL) has bailed out on two deals which would have transformed the company.

Investors have reacted oddly to heavy mining equipment outfit Emeco’s (EHL) trading update. The shares bounced yesterday, up 6% at one stage at 27.5c, before ending at 25.5c, a rise of 2% or a whole half a cent.

It’s probably best interpreted as yet another sign of the times but the Mt Muro mine in Indonesia has been placed on care and maintenance and this means Emeco’s operations in the country take a big hit. Making matters worse, Macquarie notes the Australian operations are going through their own tough times.

Target $1.36 (was $1.22). Interim earnings were solid in the broker’s view and prompt modest increases to forecasts in coming periods. The changes mean an increase in price target.

Heavy equipment and earth-moving supplier Emeco Holdings (EHL) last Friday advised the market it expected to report an interim profit of between $27-$29 million, guidance broadly in line with market expectations.

The stock has lost 25% over the last quarter, the broker attributing this to mining services uncertainty and the company’s poor track record in terms of meeting earnings expectations.

Target $0.70 (was $0.81). Project delays have seen the company lower earnings guidance for FY10, but the broker notes the move was not a big surprise, as it is consistent with the decision to refocus on larger equipment rental.

Heavy equipment group, Emeco Holdings has revealed what appears to be a small earnings downgrade in guidance issued at yesterday’s AGM in Sydney.

Shares in heavy machinery provider Emeco Holdings (EHL) enjoyed a strong rally from the time in mid August the company announced it had received an indicative, non-binding proposal from private equity to acquire 100% of the company, the stock running from around the 70c level to near the $1.00 mark on the news.

The broker has lifted its medium-term earnings estimates to reflect strong conditions in a number of the company’s markets, with the changes indicative in its view of stronger returns in coming years.

Averaging down on the purchase price of a stock is a tactic fraught with danger. It may pay off hansomely in the long run or the stock may simply be heading south for good reason. Which is the case for Emeco?

Strong commodity prices suggests companies supplying services to the sector should be doing well, but downgrades to earnings guidance by Downer EDI (DOW) at its recent AGM and by Emeco Holdings ((EHL)) at its AGM yesterday shows exposure to a strongly growing sector is no guarantee of earnings growth.

The broker sees the company as interested in acquiring the earthmoving equipment operations of Coates (COA), and suggests it would be a logical move from the company's viewpoint.

Last week Credit Suisse cut its estimates for Emeco Holdings (EHL) and downgraded the stock to Neutral from Overweight on concerns over the company's earnings outlook given adverse currency movements and some operational issues.

Profit was in line with expectations and Aspect Huntley expects the group will meet prospectus guidance for the full year.

The interim results season is drawing closer and brokers such as Macquarie and Intersuisse have already started to look into their expectations and assumption for several individual stocks.


The traditional questions to be asked are who is likely to surprise and which stock may have been overlooked by the market and is therefore ripe for a re-rating? Macquarie analysts this morning singled out Specialty Fashion Group (SFH), formerly Miller’s Retail, stating this company is still far off from a possible re-rating.


Admittedly the company is facing a tough task in the consumer discretionary sector which continues to generate positive news into the new year. This morning upmarket retailer David Jones (DJS) raised its guidance for the first six months from 7.2% growth to 7.8% growth compared to last year on the back of a stronger than expected performance in December.


Preliminary indications by the likes of Harvey Norman (HVN) and Noni B (NBL) have been positive as well. Specialty Fashion Group’s history has been filled with several “false starts” and Macquarie believes investors will remain on the sidelines until it has become clear management can finally deliver.


The broker has gained some feedback from its own survey amongst unlisted retailers and it would seem that women’s wear retailing has been one of the tougher categories through the Christmas trading period, the analysts report. The message seems clear: don’t expect any miracles from Specialty Fashion Group this time around.


Macquarie is forecasting an interim result up around 5% on last year driven largely by lower interest charges following the sale of the discount variety business. Operationally, the result is expected to be down around 5% against what the broker believes is a strong reference period last year.


A similar exercise for Integrated Group (IWF) has led the analysts to cut their short term and medium term forecasts. But Macquarie remains positive on the company rating it Outperform on a longer term view.


Its positive view on SAI Global (SAI) was again reinforced with the company announcing a US based acquisition yesterday. Macquarie believes SAI Global should report a profit increase of some 48% next month. Unfortunately, when it comes to finding a possible re-rating candidate, the stock is already highly ranked by the major equity experts in the country with the FN Arena Sentiment Indicator showing a reading of 0.7, which is a clear positive. And yesterday’s announcement has not left the share price untouched either.


So no re-rating candidates just yet?


Maybe we’ll have to find our very first candidate outside the Macquarie stock universe as Intersuisse reports this morning it believes the upcoming interim result for equipment provider Emeco Holdings (EHL) should trigger a re-rating for the stock. It just happens to be that Macquarie has yet to commence coverage on the stock.


In anticipation of the release of Emeco’s half yearly results -which are forecast to meet IPO prospectus projections- Intersuisse has raised its recommendation to Buy from Accumulate.