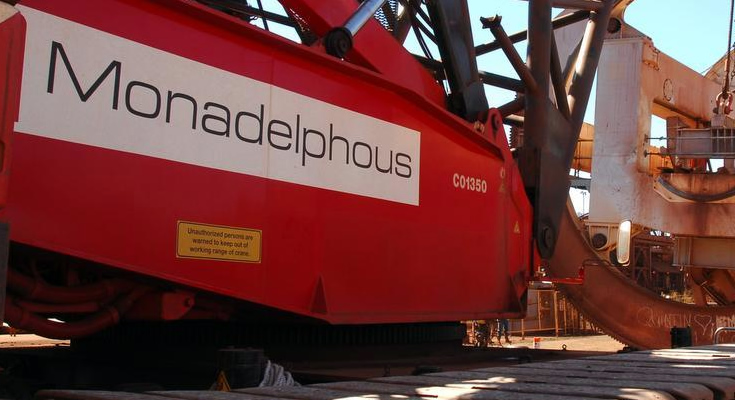 So far at least, the leading resources stocks have been a shining headlamp of hope down the dark and deep pit of the COVID-19 crisis.

Thermal coal has been troublesome pricing-wise, yet Queensland output continues apace despite issues with either flooding or lack of water (take your pick).

Logically, the mining service providers should be robust as well. If mines are pumping out similar or higher volumes, there’s the same need for services such as drilling /excavation, trucking/transport, metallurgical testing and labour training and hiring.

This month, leading engineering services house Monadelphous ((MND)) put the theory to the test by warning the virus was resulting “in the delay, suspension, deferral or reduction of services across a range of the company’s projects and worksites, as well as materially disrupting productivity levels.”

Other companies to renounce guidance are truck builder Austin Engineering ((ANG)) – despite a swelling order book – and Lycopodium ((LYC)).

As we said, the sector has been resilient to date so it remains to be seen whether these companies are a bellwether or more trying conditions.

Earlier, Macquarie Equities notes that the contractors’ recent quarterly updates suggested little COVID-19 impact to date, although that’s not necessarily the case with their overseas operations.

“Restrictions on movement and self distancing present challenges but they are being overcome,” the firm opines.

“Mining companies and contractors are working together implementing actions to mitigate any potential impact from COVID-19.”

The firm notes that of the providers that withdrew guidance because of the COVID-19 risk, they did so because of perceived risk rather than actual impact.

Rival broker Goldman Sachs has sharply upgraded earnings expectations for the contractors under its overage, from forecast -12% diminution for the 2019-20 year to a 2 per cent increase.

“The resilience of the sector has come in ahead of our expectations, with quarterlies pointing to limited disruptions to date across the Australian mining complex,” the firm says.

Meanwhile, the share valuations of the key mining contractors have tumbled over the odds since the share market peaked on February 21.

Worley ((WOR)) shares have been punished even more because of the engineering house’s generous exposure to the oil and gas sector. Perversely, though, the stock bounced on news the company had shed 5% of its global workforce – some 3000 heads – since the start of the year.

Of course, investors are known for having the memory of a gnat. But those who experienced the global financial crisis, their reticence is well justified.

Why? The sector was portrayed as a defensive no-brainer during the global financial crisis and in the aftermath when commodity prices cratered.

The argument went that the handmaidens to the miners were insulated from the commodity rout because their mining clients would continue to crank out the product.

As it happened, the sprawling mining services sector was just as badly affected, if not more so. The root causes were threefold: debt, debt and more debt.

Equity holders in the world’s biggest driller, Boart Longyear ((BLY)) have been pretty much wiped out by the debt holders. In mid-2011 the stocks traded at $1160 (in adjusted terms) but now changes hands for 70c.

Sectoral giant RCR Tomlinson went into voluntary administration in late 2018, owing $630m. The collapse however was spurred by contract problems with as the company expanded into large scale solar projects.

While the greybeards will recall the corporate casualties, they will also remember the remarkable value that ensued from the trashed valuations.

For example, investors who perfectly timed the recovery of GR Engineering ((GNG)) between mid-2013 and October 2016 would have pocketed a 318% gain.

Those riding the bucking bronco of the diversified NRW Holdings from trough to peak would have realised a 4800% gain and an early retirement of cruising the high seas.

A curse in disguise in the COVID-19 context, come to think of it…

This time around, we suspect the mining services recovery will follow the trough-to-peak recovery following the GFC, with the best prospects aligned to production rather than exploration and capital expenditure.

Judging by their most recent ASX dispatches, the mining industry ‘handmaidens’ are doing exceptionally well – but as with the GFC the fallout for both the miners and the ‘handmaidens may be delayed.

As with the other Handmaidens Tale, there’s a dystopian cloud of gloom when it comes to valuations.

Seven Group, for instance, notes “strong operating conditions” on the mining services side, which encompasses the local Caterpillar heavy equipment franchise and the Coates Hire arm. The complicating valuation aspect is that Seven Group owns 40%  of the under-pressure Seven West Media ((SWM)).

Speaking of hybrid exposures, miner and contractor Mineral Resources ((MIN)) has issues with the mining side: its Wodgina lithium mine in WA is in danger of going into care and maintenance because of poor pricing.

But the mining services side of the business – iron ore crushing and open pit contracting – is going gangbusters.

The coal-focused Mastermyne ((MYE)) reports the projects it supplies to – including Glencore’s Integra operation and South 32’s Appin colliery – are COVID-19 free. The company has maintained current year guidance at the lower end of revenue of $295-315m and ebitda of $27-31m.

Mastermyne provides services such as road construction, ventilation, conveyors and longwall relocation, as well as training.

At the minnow end of the fragmented sector, Mader Group ((MAD)) has withdrawn guidance but the mantra is business as usual for its local business that accounts for 90% of revenue.

On Bell Potter estimates, Mader shares are trading on an earnings multiple of less than eight times and a dividend yield of 4.7% for the 2020-21 year.

If anything, the key challenge is the state-based border restrictions and airline cutbacks that have winged the fly-in, fly out workforces.

But the providers are navigating their way through the issues, such as drilling contractor Mitchell Services ((MSV)).  The company reports that while some non-essential rigs are idled, the production-linked sites are being crewed by workers transported by buses or charter flights.

Many workers have volunteered to stay on site.

Driller Swick Mining ((SWK)) has been affected by Newmont’s decision to suspend its Tanami gold mine in the NT, while rig work at Fosterville in Victoria and in Spain is also on ice.

But as a slew of industrial companies curtail their dividends to preserve capital, Swick is doing the opposite and embarking on a (albeit modest) $1 million share buy-back to avail of the lowly valuation.

At the risk of sounding like Captain Obvious, there’s a strong case for sniffing out the players with a debt-averse balance sheet and a diversified client profile.

For instance, Downer EDI remains a sector big daddy but its business is diversified by the takeover of the Spotless catering and industrial services group.