Back in 2017, I coined the phrase ”Green Movement” and over the year in my column on ShareCafe, I specifically focused on several stocks that would benefit from the world going green. This included everything from electric vehicle penetration, renewable energy, and even the move towards organic products. 2017 ended up being a great year for the “Green Movement”.

Rare earths miner Lynas Corporation’s $500 million WA processing plant has moved a step closer with the company announcing that it has awarded the contract for its key part – the massive kiln which will be used to heat the ore to start the extraction process.

The New Criterion’s Tim Boreham highlights several mining services contractors, large and small, and their potential at this time.

Revenue was 6% of ahead of UBS estimates in the December quarter. The broker likes the company’s strategic position as the only producer of rare earths outside of China, for which demand is set to double by 2025.

The full-year results from rare earths miner Lynas Corp reveal a hint of what Wesfarmers saw in when it launched its now aborted $1.5 billion bid earlier this year.

Rare earths group Lynas Corporation has made it even harder for stalkers like Wesfarmers to muscle into the company and take control. 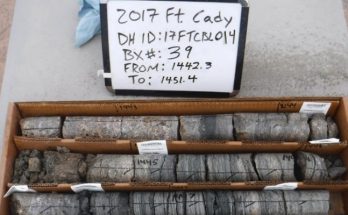 Boron really is a wonder element and as the appreciation for its advantages and applications increase, so will the search for the future players in this industry. We have seen with PPK how quickly the market can be excited by a boron application and ABR is the cheap and forgotten future source of all this excitement.

Lynas shares jumped more than 15% yesterday on talk from offshore than China could restrict exports of rare earths to the US and other users as part of its retaliation over Donald Trump’s trade war. 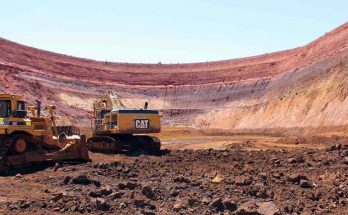 Shares in Lynas Corp rose 10% yesterday to a new multi-month high of $2.53 after the company withdrew reserves data given in Tuesday’s investor day presentation.

Trading in Lynas Corporation shares was halted late Tuesday until Thursday morning following a query from the ASX about data released as part of an investor day update presentation yesterday.

Monday’s statement from rare earths group Lynas Corp of an interesting idea for the US has left far more questions unanswered than it has resolved.

ASIC is said to be interested, Wesfarmers keeps moaning, Lynas itself keeps making statement and leaks keep coming from Malaysia – the soap opera goes on.

Another episode in the soap opera that is the immediate future of Lynas Corporation, its Malaysian rare earths processing plant and possibly the company’s independence.

The tussle for control of rare earths group, Lynas Corp is starting to look a bit soap opera-ish.

A hint of renewed takeover interest stopped an expected sell-off in Lynas Corporation shares yesterday after the rare earths miner and processor released another statement suggesting its major Japanese ‘friends’ were sticking by it.

Shares in rare earths group, Lynas are expected to plunge this morning on the ASX after the Malaysian government revealed on Friday that companies interested in acquiring Lynas have agreed to extract radioactive waste before importing it to the Lynas processing plant in Malaysia.

Has Wesfarmers been ’saved’ from an unfortunate and possibly expensive diversification and a waste of cash in its $1.5 billion eyeing of troubled rare earths miner, Lynas Corp?

Shares in rare earths processor, Lynas Corp were smashed, losing more than a quarter of their value at one stage after the Malaysian government said it would impose tough new conditions on its licence to operate in the country.

Shares in rare earths group, Lynas Corporation rose yesterday, despite news that the company is planning a temporary shutdown production at its rare earths plant in Malaysia.

Shares in Lynas sharply rose on Monday morning after investors thought an announcement was good news for the rare earths supplier.

Shares in rare earth group, Lynas Corp look sure to come under more pressure after a Malaysian government minister confirmed that it would investigate the company’s rare earth processing plant.

Higher than expected one-off costs led Lynas to report a loss of $32m in the first half, compared to the broker’s $16m loss forecast. Free cash flow was in line with expectation. No production guidance was offered.

If your are a speculative mining company with an uncertain track record like Lynas Corp (LYC) and you announce a surprise fund raising and more than $36 million in losses, it would be reasonable to expect the shares to drop rather sharply – which they did yesterday.

Macquarie has reviewed forecasts following the first half result. Despite progress at the LAMP during the first half, Macquarie notes output has not yet reached Phase 1 capacity as operational issues delay the plant ramp up. A period of steady-state production is required to gain confidence and deliver a consistent revenue stream.

Signs of life in the shares of rare earth hopeful, Lynas Corporation (LYC), which closed up more than 6% yesterday after it revealed some mildly encouraging news.

Only a couple of years ago, industry experts suggested that if your rare earth deposit did not contain marketable quantities of dysprosium, your mine could never be commercial. Light rare earths cerium and lanthanum would likely end up in oversupply, they said, but neodymium magnets would become essential to mankind. In 2011 the global rare earth picture looked a lot different to 2009, and in 2013 it looks a lot different to 2011.

Australian rare earth hopeful Lynas Corp ((LYC)) sent another shiver down the spines of beleaguered investors this morning in requesting yet another trading halt. Once again the Lynas Advanced Material Plant (LAMP) is suffering as a plaything of Malaysian politicians, seemingly only a heartbeat after the company was able to feed in its first ore.

Last week a court in Malaysia rejected an appeal against the granting of a Temporary Operating Licence for Lynas Corporation’s ((LYC)) LAMP project and while this was a positive JP Morgan was just one broker of the opinion the company still offered too much short-term balance sheet risk.

UBS rates the stock as Neutral –

Target $1.00 (was $1.10). The FY loss was in-line with the broker, with underlying numbers coming in stronger given some one-offs.

As recent FNArena articles on the subject of the rare earth metals space have noted, the global race to compete with China on rare earth element (REE) production has now come down to a mere handful of names including two stand-outs, and a big chunk of daylight to third. (See, for example: Rare Earths Done And Dusted? No, It’s Xeno-Time). Those two companies are Molycorp in the US and Australia’s own Lynas Corp (LYC). A year ago, it looked like Lynas had moved ahead of Molycorp.

The delay to approval from the Malaysian government for LAMP has forced Lynas into securing bridge funding which it has done with a US$225m convertible bond. The money will take the project through to stage 2 and provide additional capital, the broker notes.

With the Mount Weld Rare Earth Project close to first production, market interest in Lynas Corporation ((LYC)) is growing. As evidence, Macquarie on Friday initiated coverage on the company with an Outperform rating.

Target $2.70 (was $2.51). The broker notes rare earth prices continue to increase and factoring this into its model for Lynas results in an increase in price target.