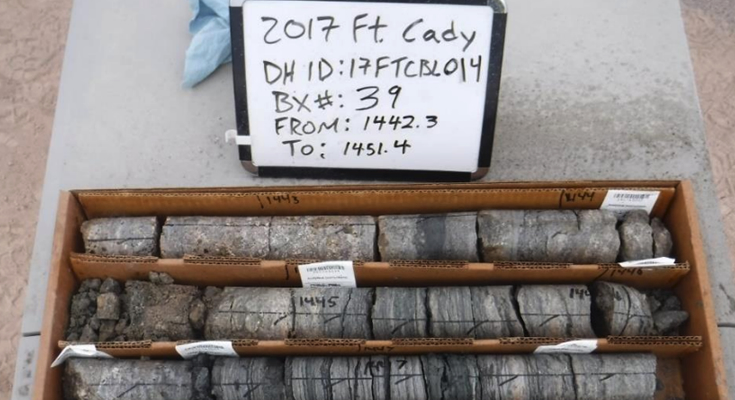 After my upside index targets were met in the S&P 500 and the ASX 200 in March I have been very cautious and very stock selective – expressing these concerns in the column. I have been very disciplined with my trade execution ensuring that they only fit in within the broad thematics that I am comfortable with and have been promoting here on ShareCafe.

Global equity markets are coming under pressure in response to a disappointing turn of events with the US-China (possibly EU) trade war. Concerns over global and consumer spending growth as a result has seen the major indices breaking down to multi-month lows and look very vulnerable to executing the typical “sell in May and go away” seasonality.

The US-China trade war has brought to the surface a number of vulnerable sectors, namely rare earths. Long-time readers will know of my support for Lynas (LYC) given the long-term demand from electric vehicle infrastructure and the current risks of China retaliations with a curb on rare earth exports has brought the importance AND sensitivity of this sector to any supply disruptions back into focus. LYC jumped in two days by 50% to hit levels above $3.00! Other rare earth players like Peak Resources (PEK) and Alkane (ALK) leaped by 42% and 25% respectively.

Interestingly rare earth prices have been rising for several months now as shown below. Dysprosium Oxide shown in white, Terbium Oxide in yellow and Neodymium in orange. This suggests that there have been other underlying factors to the increase in prices beyond just the trade war this week. Could increasing demand from the application of EVs, electrical chargers and renewable energy beginning to have an effect? The basis to why I recommended Lynas as far back as early 2017 at 90c. 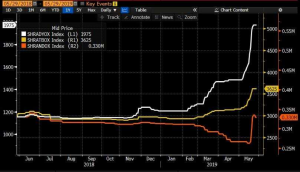 The developments this week bring me back to my recommendation on boron developer – American Pacific Borate (ABR) discussed on March 22, which is well positioned to benefit from the rise in demand for rare earths as it supplies the exact same end markets plus more. In fact, shortly after I discussed ABR the company executed a small capital raising and the share price enjoyed a healthy appreciation from the 16c at the time of my writing to a high just north of 28c. I hope readers were able to capture some of those gains for themselves.

ABR has retreated back to 20c and I think it represents another opportunity to consider either accumulating more or for those new to the story to consider some. 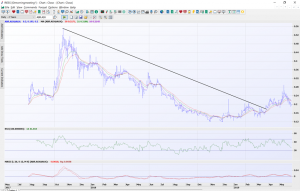 There is a clear relationship that boron has with rare earths and not only that they supply the same markets. Boron production is dominated by Turkey and like with China, if President Trump begins to stage a trade war with the European Union – Turkey as a member may use its near monopoly of boron production as retaliation – I am just throwing that out there because as write this tensions are increasing with EU.

Boron itself and some of its applications have started to gather some attention. Below I show the chart of PPK Group (PPK) which has risen 400% in recent months. The main cause of the skyrocketing share price? An acquisition that allows PPK to enter the Boron Nitride Nanotubes (BNNT) market. BNNT are lightweight and is considered stronger than carbon fibre and high-strength steel making it ideal for applications across defence, aero, space, automotive, medical and many other industries. Clearly the market is excited over this opportunity and reflects the plethora of differing advanced applications where boron is used. 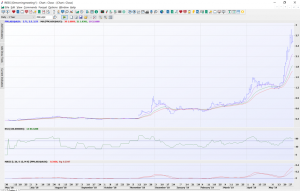 Remember when graphite and graphene was all the rage back in 2014? Graphene was to be the wonder material that would solve much of the technology world’s issues. The European Union even invested one billion euros to kickstart the industry. Graphite produces went berserk and some stocks increased more than ten-fold in a matter of months. Now there is borophene which scientists believe is even more advanced (stronger and more flexible than graphene) and has a wider range of applications including being the anode material in the next generation of more powerful lithium-ion batteries.

This is particularly exciting because as we have seen with our “favourite trade of 2019”- Short Tesla – currently down 43% this year, there has been many issues with the current lithium-ion batteries exploding on impact and catching fire spontaneously. Admittedly these are issues with all current lithium-ion batteries, but add in the ongoing range anxiety of existing EVs, any new battery that is more powerful and removes over heating issues will be in high demand. Meeting a greater safety standard will naturally help improve the adoption of the EV.

Boron really is a wonder element and as the appreciation for its advantages and applications increase, so will the search for the future players in this industry. We have seen with PPK how quickly the market can be excited by a boron application and ABR is the cheap and forgotten future source of all this excitement.