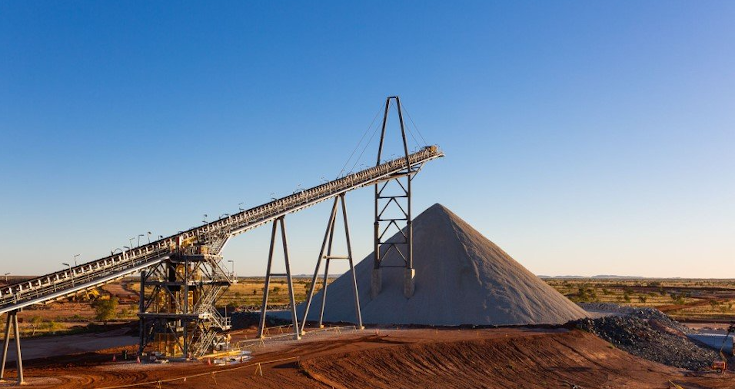 The news saw a temporary end to a weeklong selloff that saw the share price lose around 10% in value up to Tuesday.

It was an ending that was at odds with the early enthusiasm for the news of a rise in reserves at the company’s attractive lithium mine and prospect in WA.

There was a 47% increase in the size of the lithium oxide reserve at the fully-owned Pilgangoora Lithium-Tantalum Project in WA’s Pilbara region.

“The quality and scale of the Pilgangoora project confirms Pilbara Minerals as a leading hard rock lithium producer and truly sets the scene for our expansion to 6.3 million tonnes per annum and continued growth beyond that,” CEO Ken Brinsden said in an update to the ASX on Wednesday.

The ore reserve is based on a $US588 ($A806.32) per tonne of spodumene concentrate price and a long-term price projection of $US700 per tonne for Pilgangoora’s smaller pits.

“The continued growth in ore reserves reflected the successful integration of the Ngungaju project area and the highly successful development drilling program undertaken this year,” Mr Brinsden said in the statement.

In an update in early September, the company promised to have a new ore reserve estimate for Pilgangoora, by October 2021 which was delivered in Wednesday’s release.

Pilbara said the discovery of new pegmatite domains, together with integration of the Ngungaju Resource led to the upgrade.

The company completed a $201 million acquisition of the Altura lithium project (now Ngungaju operations) in Western Australia, which has also increased Pilgangoora output.

The Pilgangoora project has a mine life of around 26 years. This is based the combined 6.3 Million tonnes per annum (Mtpa) operations, consisting of the 1.3 Mtpa Ngungaju process plant and the proposed Pilgan 5 Mtpa expanded process plant.

The company said there were “Significant opportunities exist to further expand the Mineral Resources and Ore Reserves, with further drilling campaigns expected during FY22.”