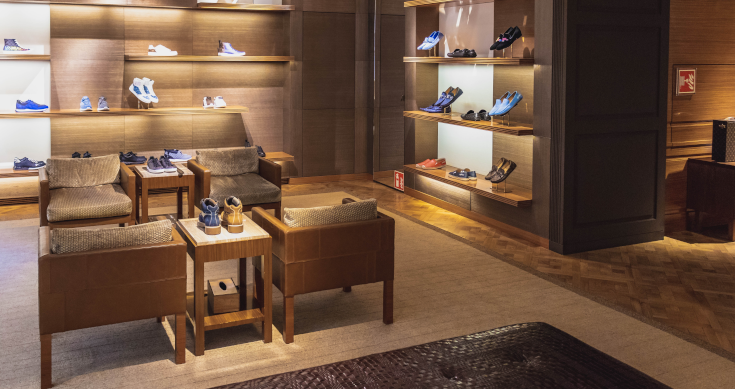 As retail data from the ABS yesterday confirmed sales hit an all-time high in March and the best quarter ever (see separate story), a number of leading retailers of all sizes presented trading updates to the Macquarie investment conference. Some numbers were solid but investors remained unimpressed.

Electronics and whitegoods group JB Hi-Fi saw a buoyant performance in the March 31 quarter with sales up strongly in Australia and NZ.

The company told the ASX in a trading update on Wednesday that this improvement continued into the early weeks of the 4th and final quarter of its June 30 year.

But the improvement wasn’t enough for the company to break its silence and give guidance for the June 30 year so far as sales and profits are concerned.

For the period January 1 to March 31, JB Hi-Fi said its Australian business grew total sales by 11.9% (a weak 1.9% a year ago), while its New Zealand operations reported growth of 4.8%.

Comparable store sales in Australia were up 11.1% in the quarter against 1.3% a year earlier.

In the brief update, CEO, Terry Smart said that “Whilst the Group is pleased with the continued sales momentum, the end of financial year remains an important trading period.”

“In view of the ongoing disruption to stock availability and operations arising from Covid-19 and other local and global uncertainties, the Group does not currently consider it appropriate to provide FY22 sales and earnings guidance.

Struggling travel services group Flight Centre thinks it is finally on the comeback, reporting an EBITDA profit in March.

Flight Centre said its travel bookings recovered to 59% of pre-pandemic levels in the same month.

The travel agency group said it was cash flow positive in March, with a $2 million in flow, and made an $8 million underlying profit.

Corporate bookings were ahead of leisure bookings, at 76% and 47% of pre-COVID levels respectively.

Flight Centre said that it now expected a full-year EBITDA loss of between $195 million and $225 million for the year to June.

But it expects to be profitable in the five months to June 30.

Some industry “growing pains” persisted, however, including a tight labour market and “lack of capacity on international routes out of Australia”.

The company said its group revenue margin is “tracking below pre-COVID levels, as expected” with higher corporate & domestic weightings.

It says it is seeing “strong momentum globally” and saw accelerated growth after December-January downturn due to Covid Omicron & seasonality in travel patterns.

Online furniture and lifestyle retailer Temple & Webster thinks it has spotted a new segment to move into in home improvement while keeping its trading position on the straight and narrow.

Unlike the continuing overstock problems of its more general online rival Kogan, Temple & Webster says it remains confident in the amount of inventory it is carrying at the moment

In an announcement of a move into the DiY home renovation market (through a new business called The Build), the company also provided a trading update with two months of the 2021-22 financial year to go.

Temple & Webster said sales were up 23% for January through to the end of April and it expects its earnings margin to be in the forecast range of 2% to 4% and around 3% for the full year.

While many retailers are currently struggling with stock shortages due to the pandemic and a global supply chain crisis, the company said the company’s inventory was in a “strong position” for the final quarter of the year.

“As previously stated, our diversified supply chain, including both private label and drop ship, continues to hold up well and underpin growth, and we are in a strong stock position for Q4FY22,” the company said.

“We continue to invest into areas that are building key strategic moats around the business (data, personalisation, AR/AI, logistics) and we will continue to use our strong balance sheet position to further grow organic opportunities, such as our private label offering, whilst leaving room for opportunistic inorganic activity. “

Temple & Webster plans to spend $10 million over this financial year and the next establishing The Build, an online store selling home improvement products such as ceiling fans, lighting fixtures, bathroom vanities and wallpaper.

“Further categories, such as tools and building equipment, will be added over the coming months, the company said on Wednesday.

“The Build by Temple & Webster is aimed at making home improvement jobs, big or small, easier, cheaper, and better,” CEO Mark Coulter said in the announcement and update.

And taking on the likes of Bunnings and Mitre 10 and offering key suppliers like GWA a new outlet.

Sydney-based furniture retailer Nick Scali says it has seen a sharp improvement in business after a weak January which was hit by Covid omicron.

In its presentation and update to the Macquarie conference, the company said it saw a 36.5% jump in written sales orders for the four months to April, including its Plush chain, totalled $182.2 million, up 36.5% on the same period in 2020-21.

“Total written sales orders for Nick Scali for the four months from January to April 2022 were in line with the same period last year. This is despite a decline of 6% in January 2022, due to the escalation of the Omicron outbreak that significantly reduced store traffic at the start of the year.

“This improvement has been underpinned by the performance of the Australian stores, the company said in the update.

“The Q3 trading momentum continued through April, with written sales orders for the Group up 41.4% on April 2021

That saw the outstanding order bank at the end of April remains high “up almost 90% on the previous year”.

A not so upbeat trading update came from Best and Less, as the women’s and children’s clothing chain revealed that its hopes for a rebound in the June half had been slow to materialise, reporting “Green shoots took longer than expected and Q3 sales performance remained in line with trend reported at H1 results.”

So no sales growth, but rather a slide in sales in the March quarter which the company blamed on the heavy rain and floods in parts of NSW and Queensland and Covid Omicron here and across the Tasman.

“Stores (were) impacted by severe weather with 99 trading days lost (and the) extended Omicron impact in Australia and NZ” which challenged customer traffic and staff availability.

On top of these factors, the company said these the supply chain constraints continue deep into the half and delayed the arrival of key winter lines.

Best and Less also said it had noticed what it called a “short-term petrol price shock (which) impacted consumer demand.”

But the company says its trading performance picked up in April with sales ahead of previous corresponding period and record sales in key baby and kids’ departments in April.

So far in the first 18 weeks of the half, Best and Less said the various problems and constraints had resulted in a 7% fall in like for like sales, but there was a 2% rise in April.

The company added that despite all the supply problems it now has “good winter stock availability despite continued shipping delays” with “proactive price and cost management to manage inflationary pressures.”

In other words, management will cut prices to get rid of stock that is not selling fast enough.

What, then, did the shares of the reporters in this group do yesterday – all fell, even though the likes of JBH and Nick Scali managed to keep sales growth going. The Australian Bureau of Statistics 1.6% rise in retail sales in March and 4.6% for the quarter tells us the sector overall did more than OK and all said there was a pick-up in April.

JBH shares fell 4.7% to $49.73 after opening at the day’s high of $52.53 and falling. Perhaps it was another statement with a lack of earnings guidance for the year to June with just two months to go that upset some investors.

Flight Centre shares sold off by more than 6% to $21.19 – investors remain wary of false dawns in the travel sector (except for Qantas).

Temple & Webster shares were hit by a 7% slide to $5.02 – the new DiY venture didn’t impress and some figures on inventory would have been handy as well as some idea of earnings forecasts perhaps?

Best and Less shares fell 2.2%, not unexpected given the list of problems the presentation revealed, especially the 7% fall in sales in the March quarter.

And Nick Scali did the best of the lot, with its shares easing just 0.2% to $10. Confirmation of buoyant order numbers helped.