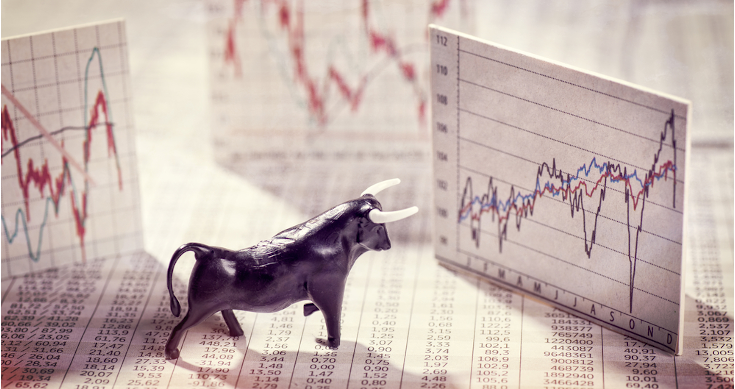 Most of the time share markets are relatively calm and don’t make the headlines. But every so often they have a tumble and make the “front page” with headlines (or these days click bait) like “billions wiped off share market” and “biggest share plunge since…” Each one is met with lots of analysis and prognostication from experts. Sometimes the plunge ends quickly and the market heads back up again and is forgotten about (like last September when I last wrote a note like this). But once every so often share markets keep falling for a while. Sometimes the falls are foreseeable, but rarely are they forecastable (which requires a call as to timing and magnitude)…despite many (who got lucky) claiming otherwise. In my career, I have seen many share market falls, and I even saw the market fall 25% one day.

And so it is again – with share markets starting the year on a sour note. From their highs, US shares have fallen 8%, with the tech heavy Nasdaq down 14%, global shares are down 7% and Australian shares are also down 7%. Always the drivers are slightly different. But as Mark Twain is said to have said “history doesn’t repeat but it rhymes”, and so it is with share market falls. This means that from the point of basic investment principles, it’s hard to say anything new. So apologies if you have seen my “seven things for investors to keep in mind” before, but at times like this they are worth reiterating.

The decline in share markets reflects a range of factors.

Seven things for investors to bear in mind

Sharp market falls are stressful for investors as no one likes to see their investments fall in value. But at times like these there are seven things investors should keep in mind:

First, while they all have different triggers and unfold differently, periodic share market corrections of the order of 5%, 15% and even 20% are healthy and normal. For example, during the tech/dot-com boom from 1995 to early 2000, the US share market had seven pullbacks ranging from 6% to 19% with an average decline of 10%. During the same period, Australian shares had eight pullbacks ranging from 5% to 16%. All against a backdrop of strong returns every year. During the 2003 to 2007 bull market, the Australian share market had five 5% plus corrections ranging from 7% to 12%, again with strong positive returns every year. And the last decade regularly saw major pullbacks. See the next chart. 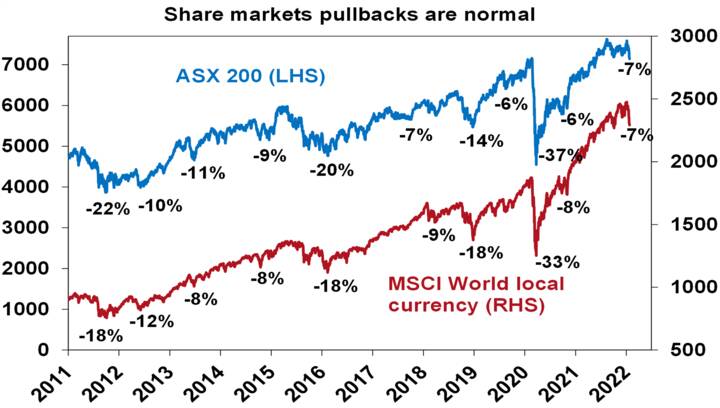 But while share market pullbacks can be painful, they are healthy as they help limit complacency and excessive risk taking. Related to this, shares climb a wall of worry over many years with numerous events dragging them down periodically (see the next chart), but with the long-term trend ultimately up & providing higher returns than other more stable assets. Bouts of volatility are the price we pay for the higher longer-term returns from shares. 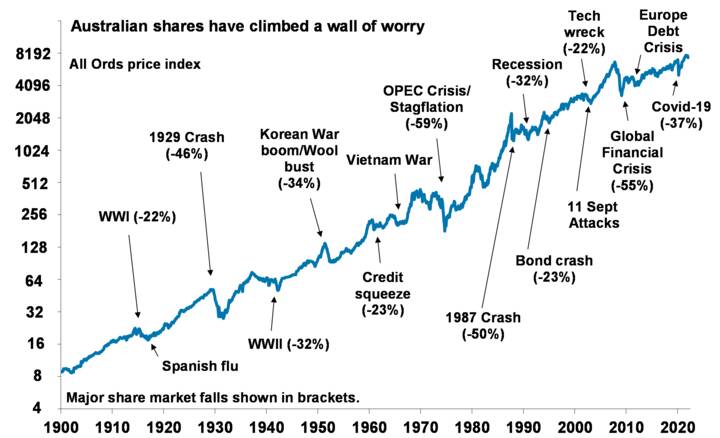 Second, historically, the main driver of whether we see a correction (a fall of say 5% to 15%) or even a mild bear market (with say a 20% decline that turns around relatively quickly like we saw in 2015-2016 in Australia or in 2018 in the US) as opposed to a major bear market (like that seen in the global financial crisis (GFC), or the 35% or so falls seen in early 2020 going into the coronavirus pandemic) is whether we see a recession or not – notably in the US, as the US share market tends to lead most major global markets. Of course, short term forecasting is fraught with difficulty and should not be the basis for a long-term investment strategy, but right now, while inflation and worries about monetary tightening are concerning, it seems premature to expect a US, global or Australian recession:

Global growth is likely to slow this year but to a still strong 5%, with Australian growth of around 4%, despite the Omicron wave resulting in a brief set back in the March quarter.

Third, selling shares or switching to a more conservative investment strategy whenever shares suffer a setback just turns a paper loss into a real loss with no hope of recovering. Even if you get out and miss a further fall, trying to time a market recovery is very hard. And the risk is you don’t feel confident to get back in until long after the market has fully recovered. The best way to guard against deciding to sell on the basis of emotion after weakness in markets is to adopt a well thought out, long-term strategy and stick to it.

Fourth, when shares and growth assets fall, they’re cheaper and offer higher long-term return prospects. So, the key is to look for opportunities’ pullbacks provide. It’s impossible to time the bottom but one way to do it is to “average in” over time.

Fifth, Australian shares are offering a very attractive dividend yield compared to banks deposits. Companies don’t like to cut their dividends, so the income flow you are receiving from a well-diversified portfolio of shares is likely to remain attractive, particularly against bank deposits. 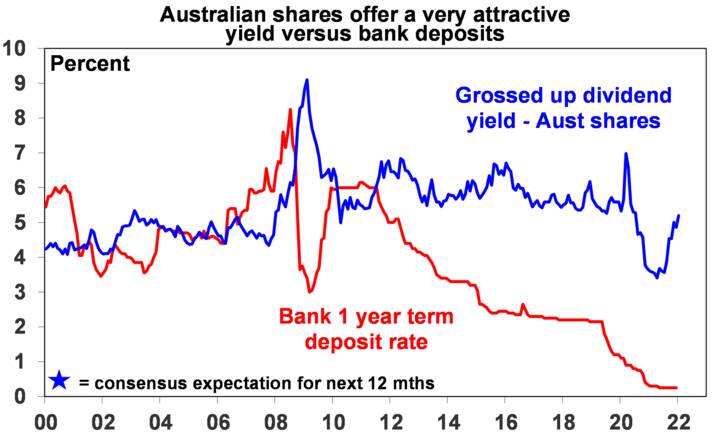 More broadly, while bond yields are well up from their lows the risk premium shares offer over bonds – as proxied by their earnings yield less the bond yield – remains relatively attractive. And in the last few days bond yields have started to fall again, reflecting safe haven demand which along with the fall in share markets has helped improve share market valuations. 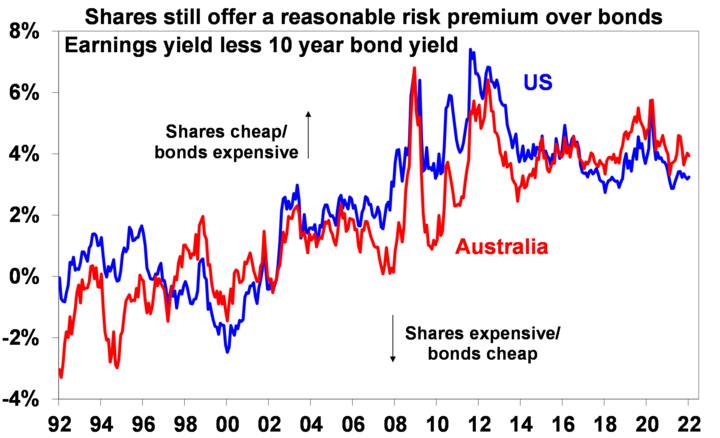 Sixth, shares and other related assets often bottom at the point of maximum bearishness, ie, just when you and everyone else feel most negative towards them. So, the trick is to buck the crowd. “Be fearful when others are greedy. Be greedy when others are fearful,” as Warren Buffett has said. The last month has seen investor sentiment swing negative again which is positive from a contrarian perspective. Of course, investor sentiment could still get more negative in the short term before it bottoms.

Finally, turn down the noise. At times like the present, the flow of negative news reaches fever pitch – and this is being accentuated by the growth of social media. Talk of billions wiped off share markets and talk of “crashes” help sell copy and generate clicks and views. But such headlines are often just a distortion. We are never told of the billions that market rebounds and the rising long-term trend in share prices adds to the share market. All of this makes it harder to stick to an appropriate long-term strategy let alone see the opportunities that are thrown up. So best to turn down the noise and watch Brady Bunch, 90210 or Gilmore Girls re-runs!