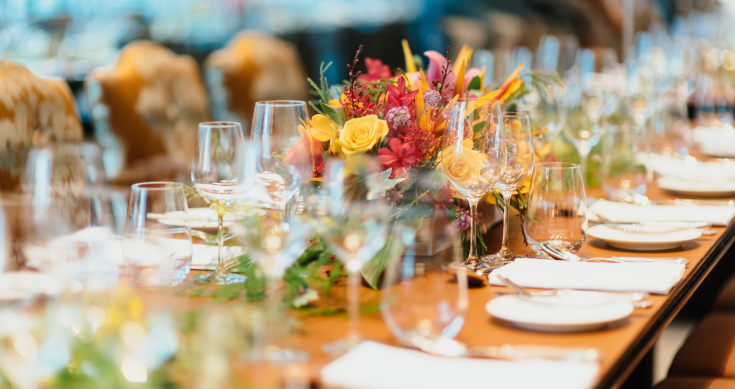 Week one of the US third quarter reporting season and a series of solid results from major banks seem to be setting it up for a better-than-expected outcome.

But the shape of the season will be more influenced by reports from the likes of Netflix (next Tuesday), Apple, Amazon, Facebook and Alphabet (in the next two weeks) and major energy groups whose results will be substantially higher because of the rebound in prices for oil and gas in the past six months.

Analysts are expecting corporate America to report strong quarterly profit growth with the focus on comments from executives on how they are going to battle rising costs, labor shortages and supply chain disruptions

But economists point out that with a 27% or so rise factored in for earnings growth in the 3rd quarter, corporate performance is coming back towards what is happening in the US economy where, despite all those hiccups in supply chains, computer chips, shipping and the like, plus the usual impasses in Washington, the news is not too bad.

Inflation – both consumer and producer – remain high but curiously not the concern they were in the middle of the year.

Thursday saw news that the number of Americans filing new claims for unemployment benefits fell close to a 19-month low last week, while a separate report showed the Producer Price Index (PPI) eased in September with the 0.5% monthly rise the smallest this year and less than forecasts around 0.6% and 0.7%.

The annual rate was high – 8.6% which was mostly due to previous sharp rises and the still weak comparative base in 2020. It was the highest annual rate since late 2010, so not as high as in China where there 10.7% rise in its PPI was the highest recorded since data started being collected accurately in the 1990s.

Nearly 80% of the increase in the US PPI was due a 1.3% rise in prices for final demand goods, the largest rise since May with the biggest driver a 3.9% rise in petrol prices. That also impacted the Consumer Price Index which rose an annual 5.4% in September, up from 5.3% in the year to August. Month on month prices rose 0.4% which was also higher than expected.

Core consumer prices though rose a less than forecast 0.2% in September from August and a forecast 4% over the year.

The rise in consumer and producer prices in September further strengthened the case for an interest-rate rise by the US Federal Reserve in 2022, and a start to the tapering of its bond buying, possibly next month but certainly in December.

Perversely the high CPI and PPI readings saw a sharp fall in US bond yields – the yield on the key 10-year bond peaked at 1.61% on Tuesday, the highest since the middle of the year when the inflation fears erupted. By the close on Thursday the yield had dropped to 1.516%.

Both inflation readers are much higher than they were mid-year and yet bond yields are lower! No taper tantrum, unlike the hissy fit thrown in June.

The grown-ups are back in the chair (having gone on holidays sometime around June) and they know that ending the bond purchases and rate rises is good news because both moves will reflect the underlying strength in the economy.

That is very different to the way rates moved up in May and June only to fall to around 1.13% in August on fears about the potential damage from the latest wave of Covid Delta infections.

Thursday though saw a strong climb by Wall Street with gains across the board in the wake of strong quarterly results from Bank of America, Citigroup, Morgan Stanley, UnitedHealth and Walgreens as well as the better-than-expected data on jobless benefits.

The number of Americans filing new claims for unemployment benefits dropped below 300,000 last week for the first time in 19 months and were seen as further evidence that a shortage of workers was behind slower job growth rather than weakening demand for labour.

It was the second straight weekly decline reported by the US Labor Department and economists say initial claims are now in the zone that is generally associated with healthy labour market conditions.

The lower than forecast claims also belie the headlines from the 194,000 new jobs in September which was weaker than the 500,000 forecast. But the lower figure was due to problems with seasonal adjustments to the resumption of US education in September while 169,000 new jobs were found for July and August.

With that figure and the fall of 144,000 jobs in education when there should have been little or no change, the real new jobs figure was closer to the half a million estimate.

Initial claims for state unemployment benefits dropped 36,000 to a seasonally adjusted 293,000 for the week ended October 9. That was lowest level since mid-March 2020, when the nation was in the early stage of the COVID-19 pandemic (the jobless claims figure peaked at more than 6 million, so the improvement is obvious).

This fall sets up the November 2-3 meeting of the Fed for a major announcement on tapering its bond buying which will be the first round in tightening of the loose monetary policy stance that the central bank adopted to help the US economy through the pandemic and its recovery.

Minutes from the September meeting of the Fed, released this week noted that “participants generally assessed that, provided that the economic recovery remained broadly on track, a gradual tapering process that concluded around the middle of next year would likely be appropriate.”

“Participants noted that if a decision to begin tapering purchases occurred at the next meeting, the process of tapering could commence with the monthly purchase calendars beginning in either mid-November or mid-December,” the summary said.

The minutes said members’ estimates “were consistent with a gradual tapering of net purchases being completed in July of next year.”

That would then clear the way for the start of rate rises by the Fed and the start of the return to normality.