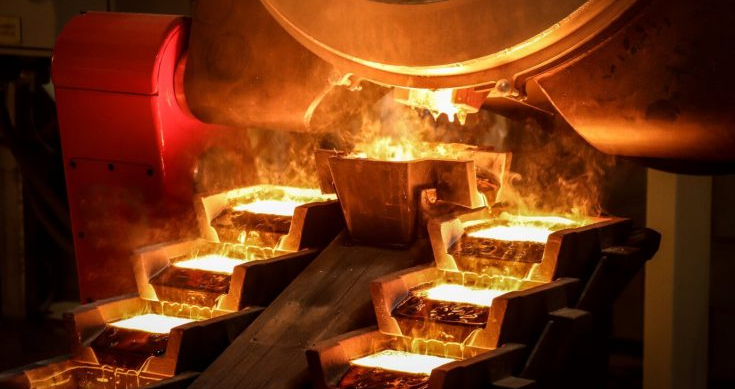 De Grey discovered Mallina in 2019 and since then has worked to prove up the main deposit, and also located several a satellite deposits and prospects.

Now it reckons it has the makings of the 5th biggest Australian mine, producing close to half a million ounces of gold at a cost of more than $900 million.

That news was lapped up by investors in yesterday’s red ink day on the ASX, with De Grey shares jumping almost 10% to end at $1.06.

The company told the ASX on Tuesday that it is starting a pre-feasibility study (PFS) for Mallina after completing a scoping study which helped sort out priorities, especially whether the project would be a goer.

De Grey CEO Glenn Jardine said in the statement that the scoping study provided justification the project was viable.

“The PFS will immediately commence in parallel with ongoing resource extension and definition drilling, exploration activities and further metallurgical test work. The results of the PFS are expected to be provided in the second half of calendar year 2022,” Mr Jardine said.

The study projects an average production of 473,000 ounces of gold a year over the first five years – that would put Mallina in the top-five list of Australian gold mines based on average annual output.

Over a decade evaluation period, De Grey said Mallina would have an average output of 427,000 ounces with the Hemi deposits comprising 80% of this production.

“The Study does not include extensions to mineralisation at Diucon and Eagle announced since the completion of the June MRE or the potential for extensions to the existing resources at Hemi nor new discoveries that could result from the Company’s extensive and ongoing exploration activities,” De Grey said on Tuesday

The study is based on the global mineral resource for Mallina which was released in June and currently totals at 230 million tonnes at 1.2 grams of gold per tonne (g/t) for nine million ounces of gold in situ.

Since then, De Grey has extended mineralisation at Diucon and Eagle and there is work going on around the Hemi deposit and nearby regions.

The scoping study worked on an Average All-in Sustaining Cost (AISC) in the range from approximately $1,111/oz over the first five years to approximately $1,224/oz over the current 10-year evaluation period. “This places the Project in the lowest quartile of Australian gold producing peers,” De Grey claimed.

Estimated capital cost for a 10 million tonnes of ore a year plant and site infrastructure was around $835 million (including a 25% ($167 million) cost overrun contingency. Total pre-production capital was $893 million inclusive of $58 million of pre-stripping and contingency