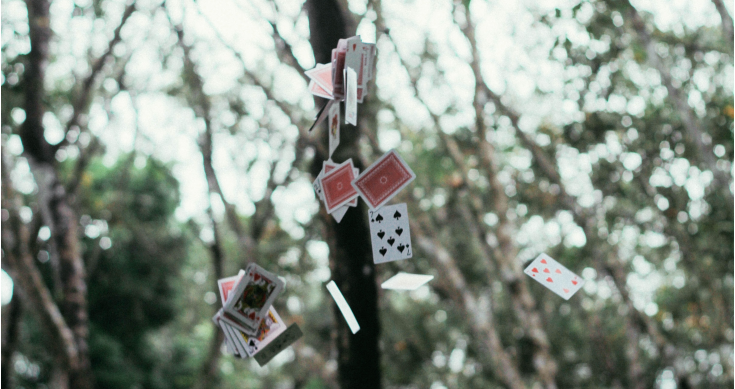 Amid all the attention in that looming deal to inject $US5.1 billion into the stricken Chinese property group, China Evergrande, two smaller property companies have missed debt payments, while one revealed a separate debt that no one knew it had.

Investors in Hong Kong and China are waiting for Evergrande to raise more than $US5 billion by selling a majority stake in its property management arm, to another property company called Hopson, which is considerably smaller.

But there has been another development, as one of Evergrande’s smaller rivals, Fantasia Holdings’, said it had missed a $US206-million bond payment deadline.

Credit ratings agency Fitch had slashed the firm’s credit rating by four notches earlier in the day, after the firm revealed it had underwritten another bond that it had previously not disclosed on its books.

Fitch Ratings said it downgraded Fantasia to “CCC-” from “B,” saying the firm’s cash flow situation “could be tighter than we previously expected.”

In a report released before Fantasia’s filing on Monday night (where it revealed the missed payment), Fitch highlighted the existence of a private bond that was not disclosed in the firm’s financial reports, and said Fantasia had made a late payment of $US100 million due on this bond.

“We believe the existence of these bonds means that the company’s liquidity situation could be tighter than we previously expected. The late payment also raises doubts about the company’s ability to repay its maturities on a timely basis,” Fitch wrote.

“Furthermore, this incident casts doubt on the transparency of the company’s financial disclosures,” it added.

Fitch also cut Sinic’s rating to C which equates to the start of a credit default like even.

“The downgrade reflects our view that a default-like process has begun, following Sinic’s announcement that certain subsidiaries have missed interest payments on onshore financing arrangements, which was followed by enforcement action taken by one of its offshore creditors,” Fitch said.

Fitch’s rival S&P Global Ratings also lowered its rating on the company, saying it had run into “severe liquidity problem and its debt-servicing ability has almost been depleted”. It said the company was likely to default on its notes due on October 18.

With a market value of $US415 million, Fantasia is a minnow. But its missed deadline adds to worries of a property sector crunch that could put further pressure on China’s increasingly fragile economy.

Reuters reported that Fantasia US dollar-denominated bonds lost nearly half their market value in a massive Monday selloff, after it said it had failed to make that $US206 million international market debt payment on time.

Analysts claim the $5 billion Evergrande would earn from its deal with Hopson could cover the firm’s international bond payments for the next six months. It has around $US500 million in coupon payments due by the end of the year, followed by a $US2-billion dollar bond maturity in March.

Chinese state media say that Hopson’s (which has a market value of around $US7.8 billion) will pay around $US5.1 billion for 51% of Evergrande’s profitable property services business,

While China’s central bank has vowed to protect homebuyers’ interests, news of missed payments by other developers are a sign of the distress spreading to Evergrande’s peers.

The question now is whether Fitch’s downgrades of Sinic and Fantasia spill over into other property companies or add pressure to the main game, which is bailing out Evergrande at the direction (obvious or otherwise) by the central government.