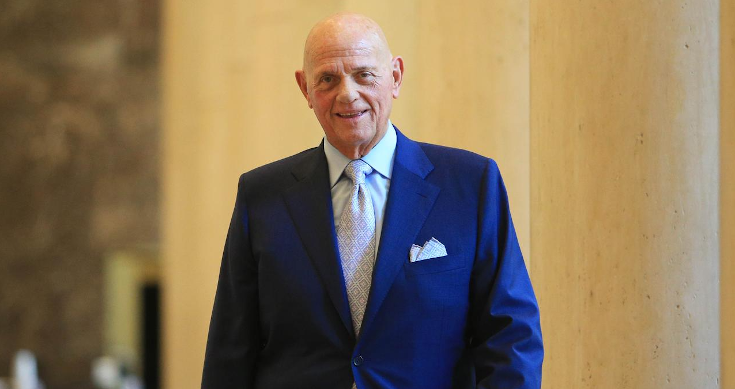 Continuing solid growth in sales, especially on line and lower rents has seen Solomon Lew’s Premier Investments lift its revenue and earnings guidance for its 2020-21 financial year and in doing so escape the sluggish sales other retailers have been talking about.

In an update to the ASX on Friday the Melbourne-based company forecast a near doubling of its full-year profits and a substantial improvement in profit – compared to the ‘normal’ Covid free 2019 financial year – and the Covid-impacted 2020 year.

In doing so Premier revealed it had not been hit by the slow down other retailers have been talking about in the past month – from Bunnings, to Officeworks, Kmart, Coles and Woolies as consumer spending slows compared to the elevated levels in the pandemic in 2020.

Premier seems in fact to have escaped any hit, judging by its remarks on Friday.

Premier said its sales from the end of January to June 5 were up 70%, though this is compared to last year where most of the company’s stores were shut due to the pandemic.

But investors were all ho-hum and the shares edged up half a per cent to $27.47 by midday Friday.

Premier (which owns chains such as Peter Alexander, Smiggle and Just Jeans) said the strong result was thanks to good trading over the Easter holiday period and Mother’s Day, two key events for in the June half for retailer, especially non-food in the clothing, footwear and accessories businesses.

As a result, Premier now expects its earnings before interest and tax for the 12 months to the end of July to be in the range of $340 million to $360 million, – this forecast is (as always) based on there being no more major COVID lockdowns or other incidents between now and the end of July when its 2020-21 financial year ends.

This would be up by between 82% and 92% last year’s earnings of $187.2 million and a more than doubling of the retailer’s earnings in the 2019 financial year.

This in turn has analysts looking at the prospects for higher dividends – the company paid 70 cents a share in 2020 and has already paid a 34 cents a share interim for the current year.

Instead of a 36 final – as last year- there’s now forecasts of 40 cents or more – with Mr Lew the chief beneficiary.

Premier was one of the major retail beneficiaries of the pandemic, largely thanks to the company’s profitable online platform and it was also a big recipients of the federal government’s JobKeeper scheme, taking over $70 million through the scheme. In May it revealed it had repaid what it described as its “net befit” from the scheme of $15.6 million.

In Friday’s announcement, Premier pointed to lower store rents as a key reason for its higher earnings forecast, along with a 3.8% increase in gross margins and continued strong demand for its products online.

“The expected record FY21 EBIT result in today’s announcement is a great credit to the experience and dedication of our entire global Premier Retail team and our exceptional executive management, led by CEO Mark McInnes (who is retiring shortly),” Mr Lew said in the Friday statement.