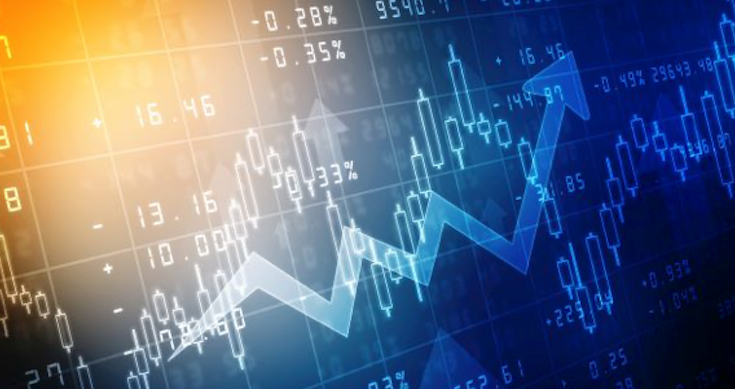 As free markets disappear further into the rear vision mirror, the law of unintended consequences is weaving its magic. Whether from decades of worship offered to the financial economy in its power to guide the real economy to some pre-determined nirvana of macro economists or government policies of countries seeking advantage over other nations, unintended consequences are seeing well intentioned actions morph into highly unstable imbalances. Pandemic policies have rapidly accelerated these instabilities. Rampant speculation in digital currencies (even Elon Musk is spruiking a few bitcoins and then flipping them out to boost Tesla profits), NFTs (non-fungible tokens), out of control real estate prices and the re-acceleration of share prices with no anchoring in profits and cashflow seem obviously symptomatic of too much money meeting insufficient productive investment opportunity. Apparently not. When you’re convinced there are no negative ramifications to engineering this long running imbalance between supply of fiat money and productive demand for it, you’re generally not looking for reasons to change course. This engineered supply/demand imbalance is cascading through the economy in countless instances (both at a macroeconomic and sector and company specific level) of both larger and longer imbalances than rational economic analysis would suggest reasonable. Exacerbated by selective tariffs, taxes, subsidies and a broad unwillingness to allow any bad debts to be recognised, it is little wonder few have much faith in the tendency of supply and demand imbalances to correct. Flows into equity markets in recent times have been larger and faster than at almost any time in history. The addition of environmental, social and governance overlays has added another entirely subjective perversion in determining the destination of these flows and subverting free markets. Unsurprisingly, many are doubting whether mean reversion will ever return. It would appear we are going to test whether trees really can grow to the sky.

While commodity markets have traditionally been the archetypal efficient markets where supply and demand do actually set prices, Chinese bans on Australian coal, valid structural concerns on the outlook for fossil fuels and wild enthusiasm for a number of commodities potentially benefiting from energy transition have seen many prices move beyond normal bounds. Coking coal in Australia is trading at a price barely higher than thermal coal, virtually never the case historically, while global prices for coking coal are far above those prevailing domestically. Alumina, the intermediate product between bauxite and aluminium, and an important driver of profitability for both South 32 and Alumina, is at one of the lowest ratios of the aluminium price seen in many years. Meanwhile steel producers are printing money as steel prices, spreads and demand remain extremely buoyant in both the US and Australia. Iron ore prices are close to all-time highs and have moved well beyond any level attached to a relationship with the cost of production of even the highest cost players. While the duration of these perversions of supply and demand remains uncertain, driving outsized gains for some and outsized losses to others, we remain inclined to value impacted businesses on the basis these imbalances should tend to correct rather than sustain. Some are harder than others, as finding new markets for high priced Australian wine isn’t as easy as re-establishing markets for good quality coal, however, products in demand should eventually find a market at a fair price. If the long history of commodity cycles and the laws of supply and demand abandon us, we’ll keep searching for answers as we’re not about to join the herd in chasing share prices and the most recent data point.

An environment rife with imbalances is also evident in domestically-focused companies. We would be lying if we understood all the linkages, however, there is little doubt Australia falls into the category of having stimulated demand far more than most countries, while the eventual economic impact of COVID was vastly smaller. Boom! Predictably, the popularity of handouts and an apparent free lunch, where the increased indebtedness has no short-term cost, is likely to see a budget reluctant to reign in spending. Alongside spiralling property prices, building materials, hardware/homeware retailing and property development are all benefiting from booming demand. Supply is unlikely to be able to match this demand in the short-term meaning price rises and profit growth are a likely outcome. Hospitality venues are bouncing back quickly in many instances with sellers already lining up to take advantage of these conditions. The complexities of constrained migration, booming house demand and waning unit demand make the durability of this imbalance difficult to determine. As the capital raising market continues to boom, we remain cautious on businesses with very limited profit history, as in most cases they will know more about the historic earnings pattern and demand history than we do. When an informed seller meets a less informed buyer being showered in low cost money, the transaction is not tilted in favour of the latter longer term.

There are plenty more interesting and nuanced supply and demand observations in the technology sector and adjacencies such as online retail. The script creating demand is straightforward: unprecedented technological change, disruption, large available global markets (tech companies have no borders you know), scale economies, low carbon emissions (it’s easier when you piggyback on the physical assets of others), have I told you how much money people have made on Amazon, Facebook and Google! Simple but persuasive arguments have equated to massively supporting flows, elevating investment performance and further enhancing flows, the proverbial virtuous cycle enhanced greatly by walls of free money. However, as is dictated by supply and demand, massive flows and associated capital raisings reverberate back into company behaviour. Innumerable loss-making companies funded to attack every conceivable technology niche, driven more by the lure of market capitalisation than profit, tend to have a real economic impact. During the month, Redbubble, Temple & Webster and Kogan all referred to margin pressures. Such pressures are not normally a part of the wildly exuberant forecasts which model an extended period of revenue growth, unprofitable at first but then satisfyingly morphing into an extended period of profit growth as those fabled scale economies transform the revenues into a river of gold for shareholders (a long river at that given the next few years deliver losses, leaving more than 100% of the value is in the distant future). Should revenue growth stop, the fairy-tale turns into a horror story. Reinvesting to grow scale, winning the ‘land grab’ or a raft of synonymous one-liners explain the necessary profit sacrifice to reinvigorate the revenue path. Alternatively, this may be an outcome of too many companies with too much capital chasing a prize which may be a little less lucrative than planned. Some are more honest. As the Temple and Webster CEO noted: “Google is the modern day equivalent to Westfield. The difference is that they own all the commercial property and your rent is reviewed every minute”. There is little doubt the wall of financial capital supporting this sector will foster some great and innovative companies, just as happened in the aftermath of previous bubbles. It does not necessarily mean valuations will remain intact. While we believe there are a number of technology businesses which have the potential to become very durable, high quality businesses, valuations only make sense when applying a high probability of success to improbably optimistic scenarios. We suspect the wall of money supplying the fuel will eventually be overwhelmed by entrepreneurs happy to invest it in losses or share sales. During April it went firmly the other way. Even the abovementioned companies barely broke stride as the list of strong performers for the month was a veritable who’s who of promise without profit.

Jeff Bezos’ excellent annual letter highlighted not only the extraordinary success Amazon has achieved, but the importance of the energy and effort which go to maintaining that distinctiveness. “Originality – is valuable. The world wants you to be typical”. Amazon has been distinctly atypical. Generating the vast majority of its success organically, rather than through acquisition; focusing on serving the customer rather than trying to charge them as much as humanly possible; and executing amazingly even as the company grew large. Most of the widely admired global businesses did not take the same path. Acquisitions to stymy competition, aggressive lobbying and regulatory protection are far more common paths. Few of the companies labelled ‘quality’ and ‘growth’ in the current cheerleading competition are adopting the Amazon values. Ever cheaper funding has sponsored an unending cycle of large companies acquiring smaller ones to buy ‘growth’ rather than generate it organically over a longer time frame. This comes at the cost of labour/wages and competition, another unintended consequence of attempting to use money to manipulate the economy rather than facilitate it.

We would be lying if we said the energy and effort used in standing against pressures to conform wasn’t draining at present. Australian superannuation is in the hands of policymakers believing consolidation and reduced competition together with performance policies attempting to stamp out any effort to move away from the crowd for fear of short-term performance should give rise to an Amazon outcome for customers. Fat chance. Much easier to add a few select exposures to loss-making market darlings continuing to be buoyed by massive inflows where you get the added benefit of not having to explain to people why having a portfolio with a low carbon emission total will not assist one iota in resolving climate change. The great thing about supply and demand is it can change quickly. We do not believe relying on mean reversion is always a sensible strategy, however, investing on the assumption massive supply demand imbalances are supported indefinitely doesn’t make sense either. Jeff Bezos sets a high bar, but we’d rather be fighting to be distinctive than caving in to the typical.

The Schroders Wholesale Australian Equity Fund invests in a broad range of companies from Australia and New Zealand, and aims to outperform the Benchmark by 2-3% after fees over the medium to long term. 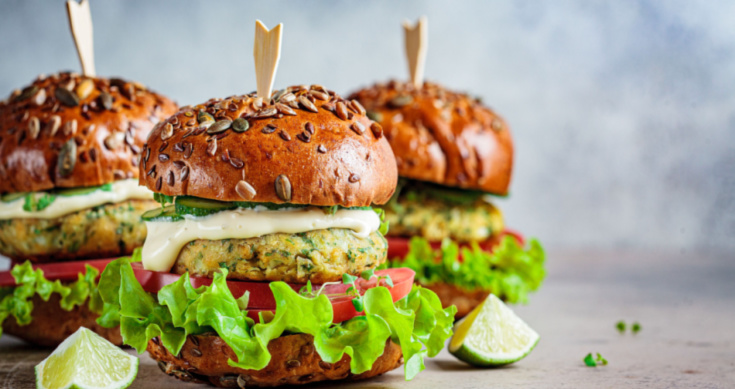 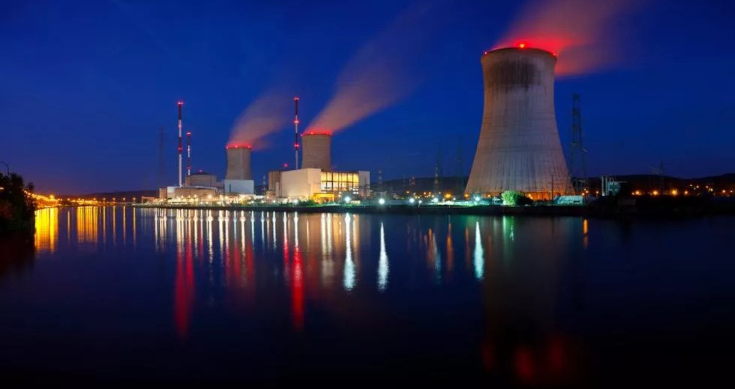