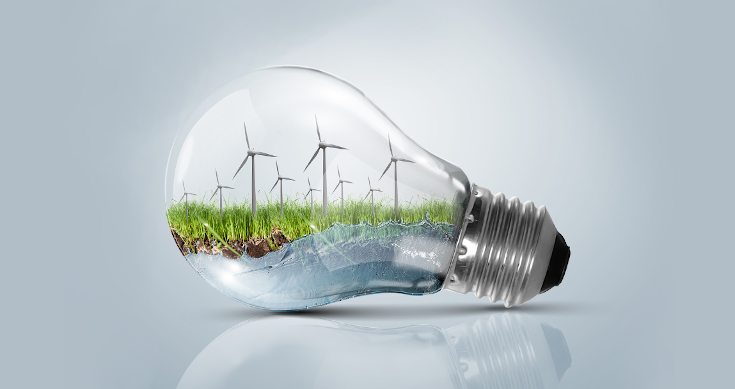 Climate change is considered one of the most critical global issues of our time1. It has been an accelerant for mass environmental and ecological awareness and triggered unprecedented levels of investment from governments and businesses worldwide.

More than 190 countries have signed the Paris Agreement to halt global warming. In 2019, the UK was the first major economy in the world to make a legally binding commitment to net zero carbon emissions by 2050. The European Union, Japan and South Korea followed suit and last year China, the world’s largest polluter, set a target of net zero by 2060. More than 110 countries have now set a net zero target for mid-century, representing more than 65% of global emissions and 70% of the global economy, according to the UN2. And now, under President Biden, the largest economy in the world has re-joined the chorus on climate change.

These are ambitious targets. Measures will need to be implemented to quickly and dramatically cut carbon emissions to meet them. The world is spending an estimated US$500 to 600 billion a year to halt climate change. It is projected global investment will need to increase by ten-fold to reach the Paris Agreement target3.

Climate change provokes two fundamental questions with regard to investing:

We address both questions below.

As with any problem, one must first understand the cause in order to identify the solutions.

Climate change refers to a long-term change in the average weather patterns around the world, of which the effects include increasingly extreme weather events like heatwaves and hurricanes occurring more often. Climate change is a product of global warming. Warming is caused by excessive amounts of carbon dioxide (CO2) and other greenhouse gases being emitted into the Earth’s atmosphere, trapping heat radiating from Earth that would usually escape into space4.

Deforestation, land use changes and burning fossil fuels are widely understood as the key causes of climate change. As shown in Chart 1 below, almost three-quarters of emissions come from energy use, almost one-fifth from agriculture and land use, and the remaining 8% is from industry and waste.

Unequivocally, the burning of fossil fuels for energy produces the lion’s share of carbon emissions and is the driving force of climate change.

This is why most, if not all, government climate policies around the world are focused on energy as the primary vehicle to reduce carbon emissions; while funding and investments are being directed to clean energy producers, and clean technology and equipment that enables us to transition away from burning fossil fuels.

Chart 2: Countries by their participation in the Paris Agreement and policies/actions to achieve target

The global transition to clean, renewable energy is widely regarded as one of the true megatrends of our time.

This transition is not only buoyed by the race to halt climate change. The fact remains fossil fuels are finite. Oil and gas reserves are predicted to be depleted within 50 years5. Fossil fuels are also becoming more expensive to use for power generation than their clean energy counterparts. The justification for clean energy is not just based on moral or environmental factors; it has become economic.

We’ve talked previously about the global energy revolution. The propulsion toward a world that is powered predominantly by clean, renewable energy continues. An “investment boom” has been predicted for renewable energy in Australia, according to MinterEllison whose recent review of the renewables sector found that “65% of international and domestic investors planned to increase investment in 2021”. In March, supermarket giant Coles announced it would source 100% of its electricity from renewable sources by 20256. Woolworths has made a similar pledge7while Aldi has already moved to 100% renewable energy8.

From a global perspective, The International Renewable Energy Agency (Irena) has said urgent action is needed to keep pace with rising demand for electricity, which could require a total investment of US$131tn in renewables by 20509.

The tipping point is fast approaching.

We have always been strong proponents for making investors aware of “greenwashing”. You can read more about greenwashing in funds management here or watch our segment on AusBiz covering the same topic. Unfortunately, the climate change and clean energy thematic is also prone to such greenwashing. Investors must be vigilant and take the time to ask:

The global energy complex is fundamentally changing. The transition has already started and will continue into the following decades. Asset owners are aligning their investment strategies to the new world order, a world of net-zero carbon emissions.