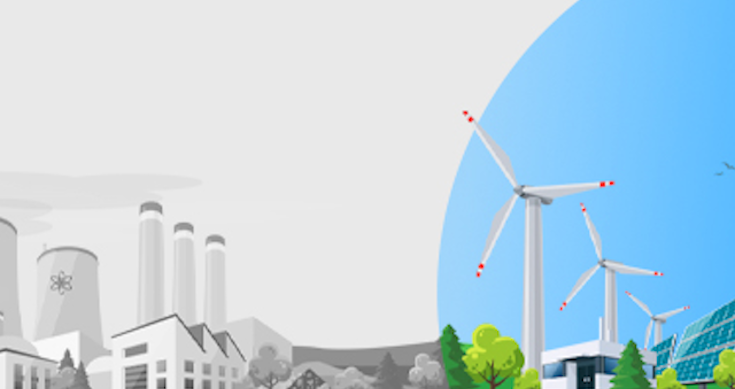 2020 was unquestionably a defining year in history, characterised by disruption, adaptation (or lack thereof) and acceleration. It will also likely be pinpointed as the year where the groundswell of public demand, technological advancements and economic pressures culminated to reshape the global energy supply paradigm.

Last year launched with, what would become, a harbinger for what 2020 had in store. Catastrophic bushfires ravaged Australia, causing unprecedented smoke that extended all the way to South America and became a “wake up call”1, which sharpened demand for action on climate change around the world.

US oil prices turned negative for the first time on record in 2020 and later in the year major oil producers announced that the world had now passed “peak oil” demand2,3.

2020 was also a year of historic firsts for renewable energy:

The world invested an unprecedented $500 billion in decarbonisation in 20207. In addition, Boris Johnson committed £12 billion to create a “green industrial revolution” in the UK. Germany allocated €9 billion to end its reliance on coal. The soon-to-be President of the United States, Joe Biden earmarked US$2 trillion for clean energy projects. This investment trend is characteristic of many other government policies around the world.

It would seem we are at the precipice of the clean energy revolution.

We outline some of the key investment trends driving the future of the clean energy sector and the re-shaping of the global energy order.

As government and private investment in clean energy is accelerating, divestment away from fossil fuels is also gathering pace. Norway’s sovereign wealth fund began drawing its line in the sand against fossil fuels in 2019 and since then, a slew of the world’s largest pension and superfunds have followed suit. The tide has well and truly changed.

Australia’s first global clean energy ETF will be available on ASX in the coming weeks.