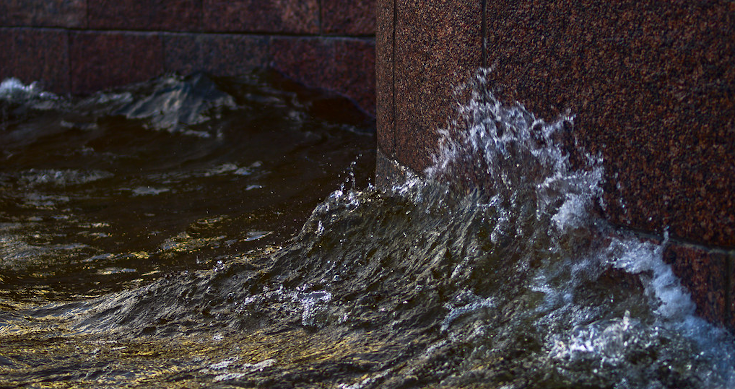 While Covid was the chief tormentor, QBE did suffer from bushfires here and storms in the US in the hurricane season which was the biggest on record with more storms overall and more storms making landfall on the US than at any other time.

Global re-insurer Munich Re has for years totted up the annual cost of natural disasters and it turns out 2020 was expensive at $US210 billion, but not as much as some of the previous rotten years like 2011 when the cost was over $US380 billion.

In fact this year is the decade anniversary of the second Christchurch quake which levelled much of the city and killed over 170 people; it is also the decade anniversary of the northeastern Japanese quake and the subsequent Fukushima nuclear accident and disaster. There were also bad floods in Australia, west of Brisbane and in Brisbane itself, cyclones here and heavy rains in Brazil as well.

Munich Re said that so far as 2020  is concerned, around $US82 billion of the $US210 billion in global losses was insured. That compares to a ‘good’ year in 2019 with global losses put at $US166 billion and insured losses at $US57 billion.

Munich Re pointed out that the US share of losses was rather high: Natural disasters in the US accounted for $US$95 billion (2019: $US51 billion) of overall losses and $US67 billion of insured losses (2019: $US26 billion).

Of the ten costliest natural disasters in 2020, six occurred within the US, according to Munich Re’s report.

“The most destructive event was a Category 4 hurricane, Laura, which made landfall on 27 August near Lake Charles in western Louisiana with winds of 240 km/h.

“The hurricane season in the North Atlantic was hyperactive, with a record-setting 30 storms, 13 of which reached hurricane status. This surpassed the previous record year of 2005 (28 storms; 15 hurricanes).

“The US landfall record was shattered as well, with 12 tropical cyclones making landfall in one season. The previous record was nine. Overall losses from the hurricane season in North America came to $US43 billion, of which $US26 billion was insured.

“Overall, the uninsured portion of natural disaster losses in 2020 was around 60%. Once again, it was notable that only a small portion of losses was insured in the growing economies in Asia,” Munich Re noted.

Munich said the year’s costliest natural disaster was the severe flooding in China during the summer monsoon rains.

“Overall losses from the floods amounted to approximately $US17 billion, only around 2% of which was insured. Insurance solutions either from the private sector or in the form of public-private partnerships could help to improve resilience, in other words the ability to return to normal life as quickly as possible.

On Friday the first estimate of the damage from the huge US winter storm appeared – around $US18 billion for Texas and other states.

Reuters said the estimate came from Karen Clark & Co, a Boston firm whose software helps insurers to predict their catastrophe losses, is for property damage in Texas and other states.

Bitter cold weather and snow have paralysed Texas since Sunday, shutting down much of the state’s electricity grid and freezing pipes and waterways, leaving communities across the state either without water altogether or forced to boil it for safety. there have been multiple traffic accidents, deaths and loss of business (business continuance claims).

A bill of this size will have a big impact on every US insurer, including the likes of QBE.