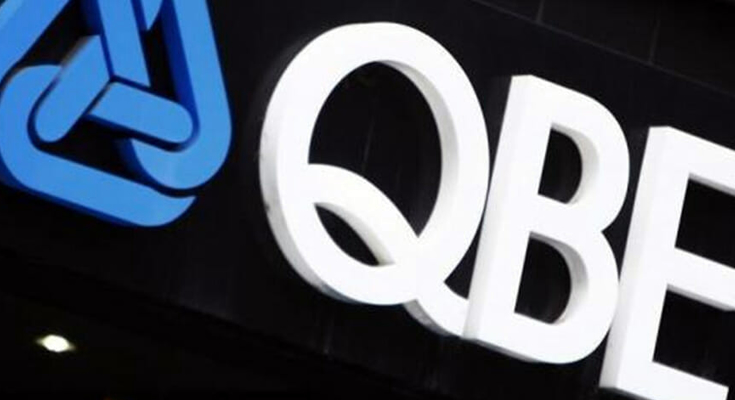 QBE showed why timely updates and refreshed guidance can help soften the blow from bad news, especially in an unsteady market.

On Friday, as expected QBE reported a loss of $US1.5 billion and dropped final dividend, thanks to the impact of COVID and a bad year for natural disasters, especially in the US where the sector was hit by a record storm season.

QBE had guided the market to expect a huge loss because of the impact of COVID, the need for extra provisions on business interruption policies here and in the UK, reduced investment income and more natural disasters claims in Australia and in the US.

The performance by QBE shares is somewhat ironic because the insurer has had a history in recent years of spring major surprise losses on the market without warning, and suffering repeated sell offs.

But with a timely update in mid-December ahead of the end of year balance on December 31, investors and analysts were well aware of the large blob of red ink on the way.

QBE’s handling of its poor results and the market reaction also decry the move by Josh Frydenberg and the Morrison government to water down disclosure rules. The current ones work and good managements can easily deal with the requirements.

QBE’s weak year was best illustrated by the performance of its combined operating ratio – a key insurance measure in being the difference between premiums received and claims paid. It was 104.2% in 2010, compared with 97.5% in 2019.

A ratio of 100% or more generates an underwriting loss and the absence of significant income flows from investments (most of its reserves are invested in high rated government and corporate bonds) only adds to the size of the loss.

The bulk of these claims were related to last summer’s Australian bushfires and east coast hail as well as US fires and Atlantic hurricanes.

Crop insurance in the US remains a problem as well and the current massive freeze across much of the south and midwest will see further pressure in this line of business as we continue into 2021.

The insurance industry has signalled an appeal of the decision by a full bench of the NSW Court of Appeal on a test case and the UK situation remains uncertain.

QBE was forced to boost its reserves by $US185 million in January another defeat in the UK courts over whether insurers are liable to pay out business interruption claims to policyholders impacted by COVID-19 lockdowns.

That means the company is currently bracing for at least $US785 million in claims, but said the exposure in Australia remains uncertain, pending the possible High Court appeal.

Rival IAG has made an $A800 million provision for similar claims and raised $A750 million from shareholders last year to make sure it had enough fat to cover any surge in claims.

QBE pointed to one bit of good news – its premium renewal rate increased to 9.8% compared with 6.3% the previous year and gross written premiums grew by 10% to $US14.6 billion for the year.

On Friday the first estimate of the damage from the huge US winter storm appeared – around $US18 billion for Texas and other states.

Reuters said the estimate came from Karen Clark & Co, a Boston firm whose software helps insurers to predict their catastrophe losses, is for property damage in Texas and other states.

Bitter cold weather and snow have paralysed Texas since Sunday, shutting down much of the state’s electricity grid and freezing pipes and waterways, leaving communities across the state either without water altogether or forced to boil it for safety. there have been multiple traffic accidents, deaths and loss of business (business continuance claims).

A bill of this size will have a big impact on every US insurer, including the likes of QBE.