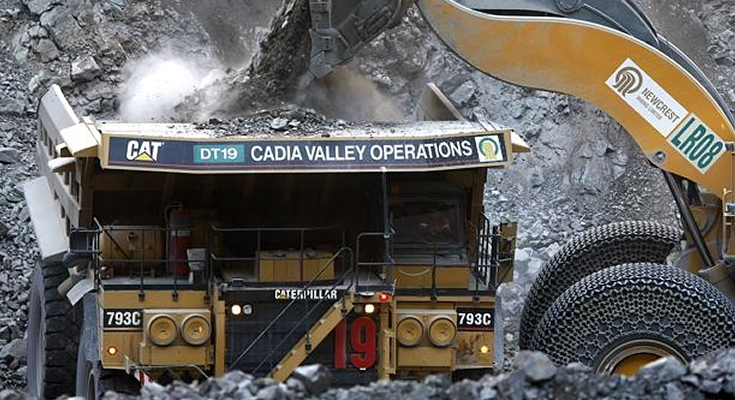 The boom in gold prices has seen the country’s biggest miner, Newcrest up its investments in its two major mines to eke out small, but important gains in gold and copper output.

Gold prices have jumped 27% so far this year, hitting an all-time high of $US2,87 an ounce. It ended last week at $US1926 an ounce at settlement and rose another $US10 in after-hours dealings.

The surge has driven record gold exploration spending in WA in the June quarter and year to June and seen a number of deals, the biggest was the $4.1 billion paper and cash merger between North Star and Saracen.

Newcrest if heading another way, investing in its existing mines, obtaining a stock exchange listing on the Toronto Exchange in Canada where it is planning to expand output at the 70% owned Red Chris mine acquired in 2019.

Newcrest said on Friday that it will spend $236 million to expand its Cadia mine in NSW and boost recoveries at its Lihir operations in Papua New Guinea.

Newcrest on Friday said the stage two expansion at Cadia – Australia’s biggest gold mine – will involve a capital outlay of $175 million, about $5 million less than anticipated in October 2019.

Mine capacity will lift from 33 million tonnes to 35 million tonnes a year with higher gold and copper recoveries which are expected to increase by 3.5% and 2.7% respectively.

Newcrest says its all-in sustaining gold cost will fall by an estimated $22 an ounce with a payback period in 4.2 years.

The Lihir project looks like having the bigger benefit – Newcrest said production could rise by 224,000 ounces over the life of the mine (LOM).

The Lihir project “Primarily comprises the installation of flash flotation and additional cyclone capacity, as well as cyclone efficiency upgrades, to improve grinding classification and reduce gold losses through the flotation circuits.

Newcrest Managing Director and Chief Executive Officer, Sandeep Biswas said in Friday’s statement “It is an exciting time at Newcrest as we advance our growth pipeline with both of these projects adding value to our existing large scale, long-life operations while we pursue the development of Red Chris and Havieron and exploration opportunities globally.”

“Stage 2 of the Cadia Expansion Project increases plant capacity to 35mtpa, enabling an increase in gold and copper recoveries, an increase in production and a reduction in unit costs.

“Cadia is one of the largest, lowest cost, long-life gold mines in the world due to the application of Newcrest’s industry-leading block caving technology, and this investment helps Cadia maintain this industry-leading position.”