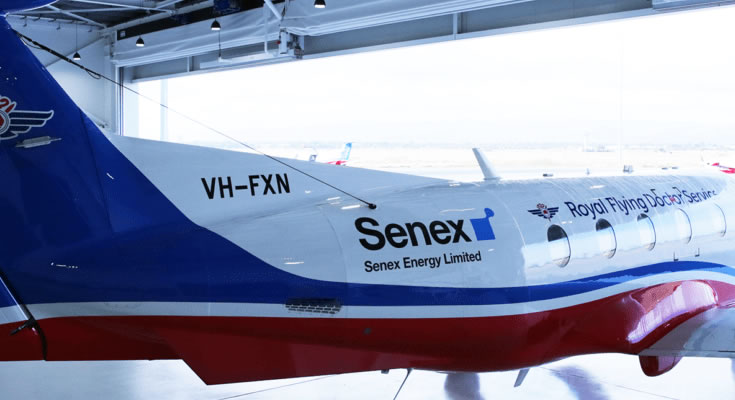 The year continues to go well for Senex Energy ((SXY)) as it successfully expands its gas acreage in Queensland. The growth path is becoming clearer, Credit Suisse asserts, and the expansion presents 35% upside to its estimates for FY23.

Morgans agrees the company has developed a track record of delivering consistently on its objectives and ultimate earnings quality will be lifted as a result of the new acreage. The broker believes the company was successful in tendering for the acreage because it has demonstrated it can be a fast and dependable developer of new gas supply.

A 50% expansion of the Atlas CSG project in the Surat Basin has been announced, anticipated to be at 18PJ/year by the first half of 2022. This is double the expansion capacity previously outlined at the FY20 results. Senex Energy has also indicated the Roma North 9TJ/d expansion will be on line in FY22.

However, given the expansions are still subject to a final investment decision and Senex is yet to provide expenditure guidance, Credit Suisse makes no changes to forward estimates.

The company has obtained two new blocks in the Surat and Bowen Basins. The latter is 486 square kilometres of prospective ground on the trend between the existing Scotia and Meridian gas fields.

Morgans suspects exploration success in this area will lead to a similar development plan that the company has successfully deployed in the Surat Basin. The broker does not yet include value for the Bowen block in its estimates.

The Atlas gas processing plant will be expanded by infrastructure provider Jemena which will mean Senex can spend less and be able to fund the expansion from cash flow and existing finance, only needing to cover development drilling.

Along with expansion at Roma North and production from the Cooper Basin, Bell Potter calculates this increases Senex’ net production by around 25% to 5mmboe/year from 2022. Morgans assumes peak production at Atlas of 48TJ/d is reached in late FY23.

Key to the expansion at Atlas is the new ground obtained immediately to the north and east, which also has an Australian market supply condition mandating sales to domestic customers only. Senex will manage offtake through gas sales agreements with several customers.

Ord Minnett points out, while the award of the acreage is clearly positive, it comes at a time when record Queensland gas production is maintaining low spot prices. The company has claimed a large majority of sales are on contract pricing, well above spot. Yet the broker is concerned that spot prices may pressure new contract prices lower.

However, Morgans considers a recovery in domestic and regional gas demand is inevitable, while supply tightness will be aggravated by declining existing supply.

Bell Potter assesses the diversified nature of the company’s gas sales provides some protection from the volatility in oil prices and also delivers leverage to the eastern gas market where supply risks are expected to support higher prices over the longer term.

The next major catalyst, in Credit Suisse’s view, could be capital management, and Senex has signalled it would offer guidance on this subject in the next few weeks.

Despite higher expenditure over the short term the company remains intent on being net cash by the end of FY22. Credit Suisse calculates it could pay out 100% of future free cash flow from FY23 of between $70-80m and still be in a net cash position.

This in turn equates to around  a17% dividend yield in FY23, based on the current share price. While the market continues to price in upside, the broker believes there is more available, given a bullish view on a tightening east coast gas market. This is expected to provide the Atlas project with a significant advantage while Roma North may benefit from a recovery in the global oil market and a higher GLNG contract price.

Bell Potter, not one of the seven stockbrokers monitored daily on the FNArena database, has a $0.42 target and a Buy rating and there are five Buy ratings and one Hold (Morgan Stanley) on the database. The consensus target is $0.40, signalling 20.2% upside to the last share price.