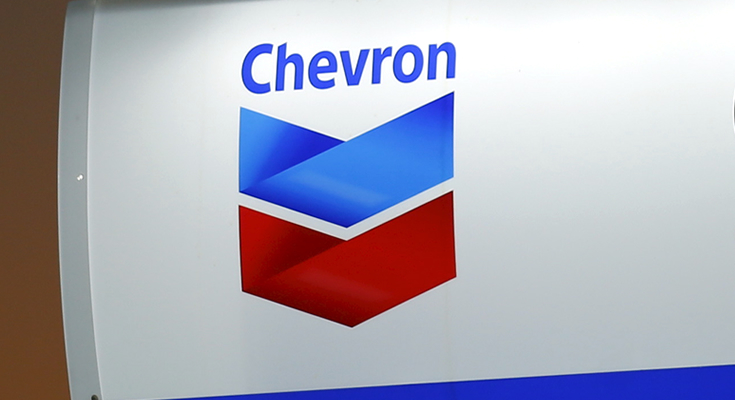 US oil and gas giant, Chevron has launched the first major corporate play since prices slumped in the face of the COVID-19 pandemic with a $US19 billion agreed acquisition of smaller rival, Noble Energy.

Chevron said it would offer $US5 billion in shares for Noble Energy which in turn has around $US13 billion in debt on its books, taking the enterprise value of the acquisition to $US19 billion.

The 60% slump in the price of Noble shares this year tells us why it so quickly agreed to a bid of $US10.38 a share than only offers a premium of 7.5% over the last sale price for Noble on Friday.

Seven months ago Noble had a market value of $US12 billion.

For Chevron, the fact the offer is in stock tells us that it is loathe to use more valuable cash at a time when global oil and gas markets remain weak in the pace of continuing infections of COVID-19, deaths, and re-lockdowns in a growing number of countries which will cut the rebound in energy consumption.

It is the second energy play in a year from Chevron. The first saw Chevron drop its offer for Anadarko when Occidental Petroleum Corp offered more cash (and borrowed $US10 billion from Warren Buffett’s Berkshire Hathaway).

The rationale for the Occidental offer was to lift Chevron’s presence in the huge Permian oil and gas fracking prospect in West Texas and New Mexico.

This deal though will see Chevron boost its investments in shale and in natural gas in the US, as well as Noble’s Leviathan field in Israel, the largest natural gas field in the eastern Mediterranean.

Australia’s Woodside Petroleum had a brief interest in a share in the Leviathan prospect back in 2014, but withdrew when local politics proved too much to overcome.

Chevron is a major player in the Australian LNG sector with controlling stakes in the huge Gorgon-Wheatstone fields off the WA northwest coast and an interest in the Northwest Shelf which is now up for sale, with Woodside the most likely buyer.

Chevron and Woodside share interests in the now postponed Kitimat LNG project in Western Canada. Woodside has written more than $US1 billion off the value of the Kitimat project this year in a sign of the slump in LNG prices and project values.

In a briefing, Chevron CEO Mike Wirth said the company was “mindful” of tensions between Israel and nearby countries where the company has business including Saudi Arabia, Kuwait, Qatar, and the Kurdish region of Iraq.

“We engage with all of our different stakeholders as we go through something like this,” Wirth said, declining to detail the timing of discussions with partner governments. “We’re certainly are mindful of the fact that there are political differences and tensions …amongst those countries.”

On top of the Leviathan field, Noble’s assets will expand Chevron’s shale presence in Colorado besides the Permian Basin.

Noble shareholders will end up with around 3% of the merged company and yet contribute that 18% lift in proven reserves – that’s a sign of the damage done to oil and gas company valuations by the price slump (triggered in part by the fight in March and April between OPEC, Russia and the US overproduction cuts) and the impact of COVID-19.