TuSimple, an autonomous truck company backed by UPS, is adding service delivery routes throughout Texas in 2020 and 2021 and hopes to be shipping nationwide by 2024. Autonomous trucking is a more straightforward problem to solve than autonomous cars because it’s easier to pre-map the routes you’ll take.

“Imagine if you could influence, back in the day, where a railroad track was being built, and you could build that railroad track right to your front door,” TuSimple president Cheng Lu told Recode. “As a shipper, wouldn’t that give you a big advantage?”

Waymo is expanding its autonomous truck testing to the American Southwest.

In a first step toward this vision, Waymo says it will soon expand testing on roads in New Mexico, Arizona, and Texas along the I-10 corridor between Phoenix and Tuscon, as previously announced. This year Waymo mapped routes between Phoenix, El Paso, Dallas, and Houston and ramped up testing in California on freeways in Mountain View, but the focus for the rest of 2020 will be on the American Southwest.

Investors see music royalties as a relatively safe, stable asset amid current market volatility. Executives who oversee transactions for borrowing against, buying and selling music rights and royalty streams say their phones have never been busier; they are closing a record number of deals. Low interest rates combined with an asset that produces yields largely untethered from the broader economy are making music an attractive investment.

Young people in South Korea are flocking to open hundreds of thousands of trading accounts, contributing to a significant increase in net purchases by retail investors.

The Korea Financial Investment Association says trading accounts used by investors in their 20s and 30s jumped more than 50% year-over-year in the first quarter.

Palantir Technologies, a data-analytics company founded in 2004 and valued at $20 billion, has filed to go public. The company generated $750 million in revenue last year but is not yet profitable.

The Economist examines the various ways hydrogen is again being considered as a viable energy carrier.

The economics, then, seem to be pointing in the right direction for hydrogen to become, if not dominant, then at least an important part of the mix. The Hydrogen Council, a lobby group based in Brussels, thinks the gas could be satisfying 18% of the world’s energy demand by 2050. The share prices of firms that make fuel cells, electrolysis equipment and the like have consequently been marching upward.

Rocky Mountain Institute, a research group focused on sustainability, claims in a new report that replacing all global coal plants with clean energy plus battery storage could result in net savings as early as 2022. The key assumption in the report — the levelised cost of renewable energy and storage in future years — is sourced from Lazard’s 2019 analysis.

Travel restrictions due to Covid-19 are helping to drive the use of inspector robots in factories to check for quality control.

The pandemic has forced many manufacturers to rethink established practices. In some places, remote sensing and machine learning substitute for fewer visits, overnight package deliveries, and manual inspections. Robots may be far from displacing humans in manufacturing that requires nimble fingers and flexibility. But systems like the one used by P2i show how AI can help machines carve out niches in manufacturing.

“There’s probably no other site that can manipulate robots in this manner,” said an engineer. Every process — all the way to final packaging — is automated. The blend of robotic and human labor is painstakingly optimized with a priority on return on investment.

In this work, “Holographic Optics for Thin and Lightweight Virtual Reality,” researchers Andrew Maimone and Junren Wang propose a new class of near-eye displays, which combine the power of holographic optics and polarization-based optical folding — an approach that could be used to develop future sunglasses-like VR hardware. These two methods help keep the optics as thin as possible while making the most efficient use of space. We anticipate that such lightweight and comfortable form factors may enable extended VR sessions and new use cases, including productivity.

Google has acquired North, a startup focused on smart glasses. They reportedly paid $180 million for the startup, less than $200 million North had raised to date.

Luluemon has bet on the future of home fitness by acquiring Mirror, a $1,495 wall-mounted screen used for streaming workout classes. They paid $500 million for the company.

OneWeb, which filed for bankruptcy protection in March, may live on with a $1 billion investment from the UK government and Indian cellphone operator Bharti Global. The company plans to launch a constellation of 42,000 low-earth-orbit satellites that will compete with SpaceX’s Starlink constellation.

It hopes the OneWeb constellation will provide it with a precise Positioning, Navigation and Timing (PNT) service that could be used in place of the EU’s Galileo sat-nav system, which the U.K. is banned from following Brexit.

Axon Enterprise is looking to develop a Taser effective enough to replace pistols over the next decade. 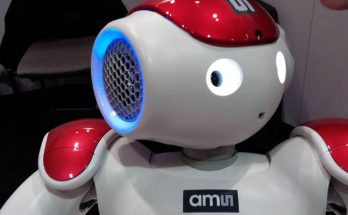