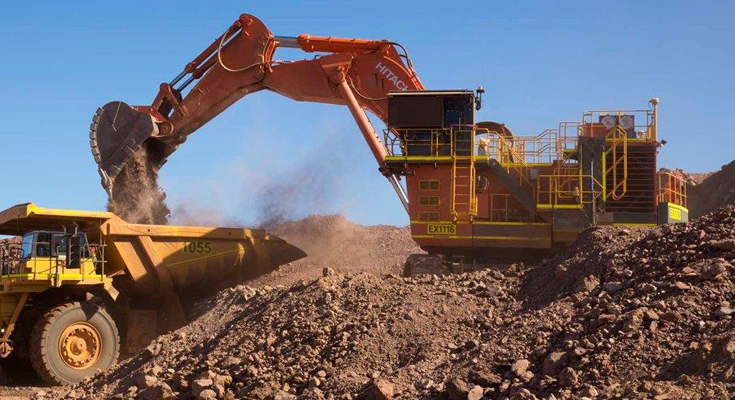 Shallow high-grade intercepts (up to 15.5% Ni) from Jaguar South Deposit extend the mineralised zone 600m to the south, putting the project on track for a maiden JORC Resource by mid-2020.

CTM is reaping the rewards of maintaining a robust level of exploration activity in Brazil. Most recently, CTM made a company-changing acquisition in the form of Vale’s 100%-owned Jaguar Nickel Sulphide Project in Brazil. Jaguar is an at-surface nickel sulphide project that hosts a non-JORC compliant resource of 40.4Mt at 0.78% Ni (at a 0.5% Ni cut-off) for 315kt of contained nickel metal. CTM is currently in the midst of a maiden 10,000-metre diamond drilling program at Jaguar, which represents the first systematic drilling by outside of the current non-JORC mineral resource envelope. Encouragingly, initial results have proven to be outstanding, confirming a significant down-dip extension of the mineralization. Meanwhile, initial metallurgical test-work on Jaguar ore has also proven to be encouraging, with results boosting metal production by +25% compared to previously announced historical test-work.

CTM is in the midst of its much-anticipated maiden drilling program at its 100%-owned Jaguar Nickel Sulphide Project, located within the world-class Carajás Mineral Province of northern Brazil.

The drilling program commenced during November 2019 and is expected to take 4-5 months to complete, comprising 55 diamond drill holes for a total of 10,000m. Three rigs are on site and are operating on double-shift, with drilling ongoing at the Onça Rosa Prospect, as well as at the Jaguar South and Onça-Preta Deposits. The objective of the program is to extend known high-grade zones of nickel sulphide mineralisation and to identify new high-grade zones within the Jaguar and Onça-Preta Deposits, as well as the Onça-Rosa Prospect. 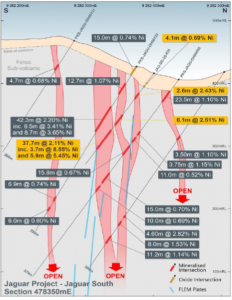 Shallow drilling at the Jaguar South Deposit, part of the Jaguar Nickel Sulphide Project has intersected thick semi-massive to massive nickel sulphides, with significant assays including:

The main zone at Jaguar South has now been extended over a strike length of more than 600m, comprises continuous sub-vertical veins and breccia zones up to 20m wide and to more than 300m depth.

What makes the results even more significant is the fact that they occur right from surface, offering the potential for open-pit mining of high-quality mineralisation from just 20-30m depth. There are very few high-grade nickel sulphide deposits globally that start so close to surface.

Nickel mineralization at Jaguar South has now been extended to a strike length of more than 600m and to a vertical depth of 300m. Continuity, grade and quality of the mineralisation is clearly evident from the two outstanding intercepts of 22m at 2.65% Ni from just 22m and 37m at 2.11% Ni, 80m along strike.

The results are comparable to those generated at the Onça Preta Deposit (refer to our February 2020 coverage), where CTM intersected 14.9m at 2.94% nickel (including a high-grade core of almost 10m at over 4.0% nickel from just 57m).
CTM therefore possesses multiple high-grade, low strip nickel opportunities across the Jaguar South Project, and this bodes extremely well for the future development of the Jaguar Project as an initial open pit and longer-term underground operation. 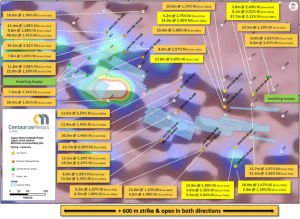 CTM is awaiting assays from drilling further to the west, where it has intersected more sulphide mineralisation. Three holes tested the western extension of a strong EM conductor plate generated by the DHEM survey of JAG-DD-19-002. The drill-holes have intersected multiple zones of nickel sulphides, with assays due in the next 3-4 weeks.

Additional DHEM surveys are still to be undertaken at Jaguar South. Until these surveys are complete, the Jaguar South drill rig has been moved to the Jaguar Central Deposit, which hosts some outstanding high-grade near surface targets, with historical intersections such as 31.4m at 2.47% Ni from 81m (PKS-JAGU-DH00030) and 26.0m at 2.13% Ni from 66m (PKS-JAGU-DH00033). 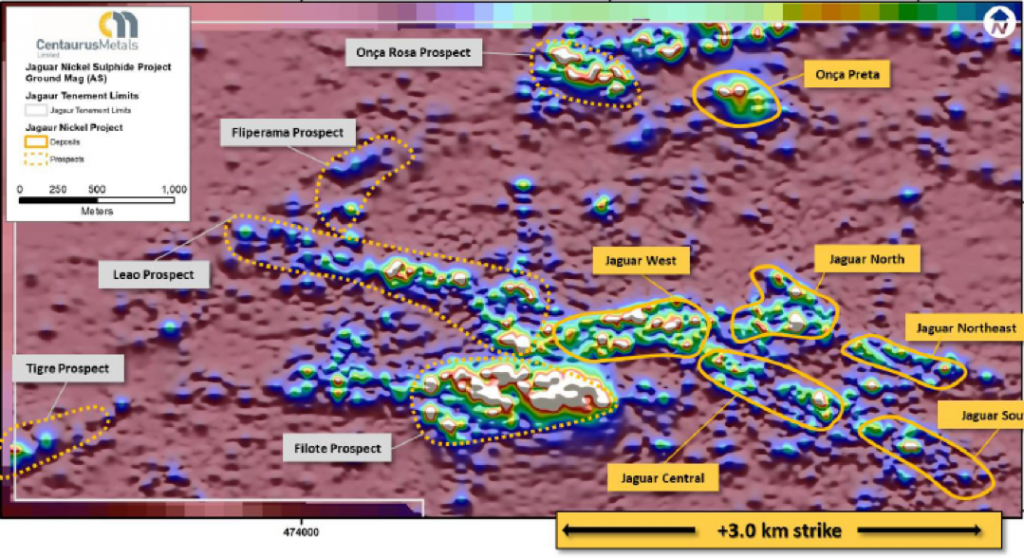 The Jaguar project provides CTM with the opportunity to pursue the development of an advanced and well-located nickel sulphide project that offers high-grade open-pit development potential.

Nickel sulphide deposits like Jaguar are extremely rare globally and for CTM to be able to successfully acquire such an asset is a game-changer. The deal was assisted by CTM’s solid working relationship with Vale and their belief in the mutual benefits that can be realised under their recently rolled out ‘mini-mines’ model for base metals.

CTM is well-funded with $7.5 million in cash as at 31 March 2020 to complete its extensive in-fill and resource definition drilling at Jaguar to report a maiden JORC 2012 Resource by mid-2020.