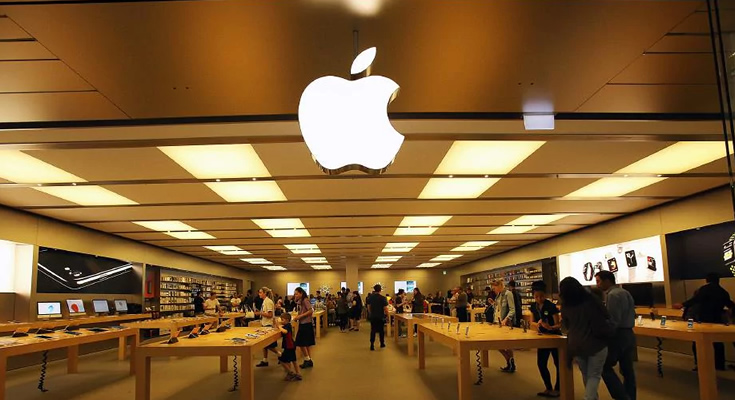 A surprise from Apple and Warren Buffett and his Berkshire Hathaway will be happy as the tech giant revealed new records for both revenue and income in the holiday (December) first quarter.

The better than expected results will more than justify a share price that has more than doubled in the last year.

But an improvement in revenues from its China businesses will see investors raise concerns the coronavirus could hit Apple harder than expected.

Analysts had assumed iPhone sales would be stagnant or lower. Instead, they grew from $US52 billion a year ago to $US56 billion, alongside accelerated sales of Airpods and watches and in its services division.

Despite the growth in AirPods and watches revenues in the services business fell short of market forecasts – $US12.7 billion and up 17% on a year earlier against forecasts of $US13.1 billion.

Despite that Apple, shares jumped more than 2% in after-hours trading in the wake of the release of the results.

Revenue for its wearables and accessories category grew 37% to $US10.01 billion and ahead of the FactSet consensus of $US9.85 billion

Apple’s core forecast for the current quarter projects $US63 billion to $US67 billion in revenue for the March quarter, whereas analysts were expecting $US62.41 billion.

That was on revenue for the period of $US91.82 billion up around 10% from $US84.31 billion a year earlier and came in significantly above the FactSet analysts consensus of $US88.48 billion.

Revenue from iPhones totalled $US55.96 billion again more than half of the company’s overall sales and up more than 7% from a year ago. Analysts had been looking for $US51.38 billion.

A concern for investors will be the surprise improvement in China from a year ago when it cited emerging-market challenges as a reason for its disappointing holiday performance. This time around, Apple generated revenues of $US13.58 billion in Greater China, up 3% from a year prior.

The rapid emergence of the coronavirus crisis will force investors to rethink their views on the outlook for Apple. Don’t be surprised if there’s a sell down shortly triggered by those fears about the potential impact of the crisis.