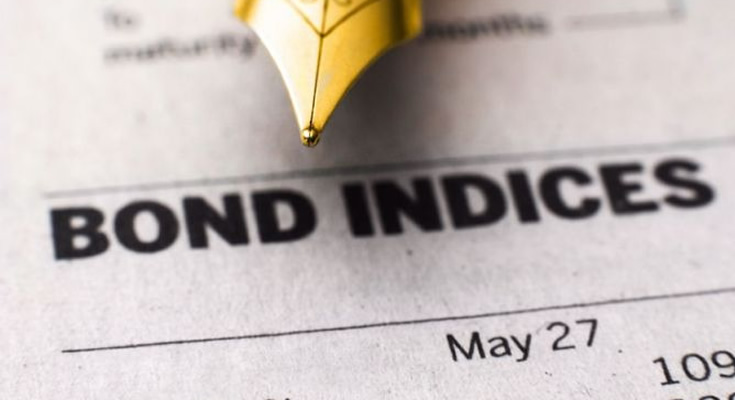 My easiest trade of the year played out and now it’s time to trade it the other way. Late last year I talked about the need for the RBA to cut rates and most likely to a target of 0.5%, but back then, nobody was expecting rate cuts and even less so the bond market. That presented an enormous opportunity for the bond market to experience a substantial rally and certainly one of a magnitude and consistency that had not been seen in years. The target for the Australian 10 year bond yields was to trade below 1% – a decline of 170bp from the 2.7% it was trading at the time. This in essence was the basis behind my “yield crunch” thematic underpinning purchases in infrastructure stocks and property trusts.

I named it the easiest trade of the year (as I explained) because there would be very little volatility in bonds with little count-trend surprises so it would almost be a “set and forget” trade.

The 10-year bond yield target has been hit and I believe this thematic (for now) is complete. Although the RBA may possibly cut one more time from 0.75% to 0.5%, in December, not November, market rates will begin to adjust upwards presenting a new range of opportunities. 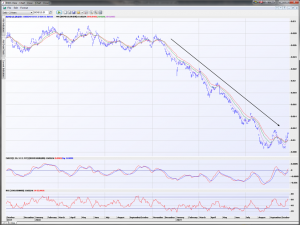 The chart below compares the 10-year bond yield with the official cash rate and it is clear to see that towards the end of rate cutting period, bond yields begin to rise. They have even increased while the RBA is still cutting rates reflecting a steepening yield curve. The reasoning behind this is that bond investors begin to see rate cuts as stimulatory to the economy and when the expectations increase that these rate cuts will be sufficient to lift the economy, investors sell bonds pushing rates up. The RBA is still reacting to current data as it is released and the market is looking anywhere from 3 to 12 months down the road. That is the basics of the mechanics. 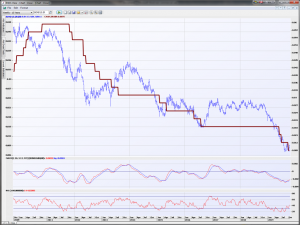 So where will be in 3 months time? Well as far as I can see every economist and property guru are jumping over each other to predict the bottom in the property market. This will help with sentiment. Yesterday’s employment figures has ceased the run of bad figures there and as we head into Christmas the recent rate and tax cuts has the ingredients for a more upbeat consumer. Add to this Phillip Lowe making comments this morning that further rate cuts are not necessarily a given. I think the RBA is preparing to move from an easing bias to a neutral basis or a wait and see approach.

This will have two effects. Firstly, 10-year bonds (highlighted in blue above) will jump. Probably 30-50 basis points minimum. Second, the Australian dollar will also jump. Possibly back to US$0.7200 from US$0.6830 now. They are two great trades right now.

The ramifications for the stockmarket to me are a little unclear. Companies that have benefited from lower rates and a weaker Australian dollar will stall or suffer. I think resources, banks, and property trusts specifically.

The winners? AMP. I think as investors rotate out of the above I think that downbeat stocks with a sniff of better times ahead will revive. I wrote about nibbling in AMP a few weeks back. I am now starting to buy more aggressively.