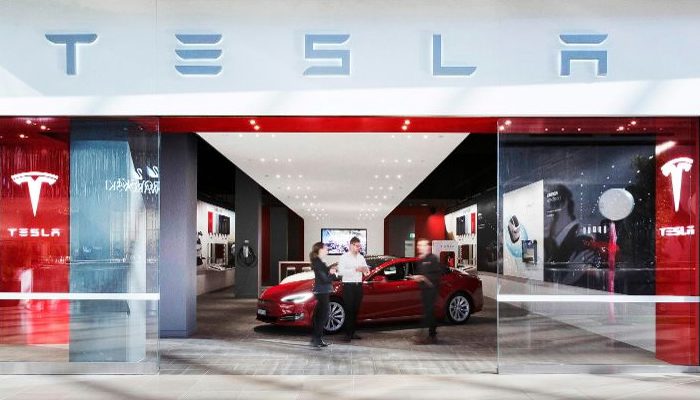 At the start of every calendar year, everyone asks anyone what their best picks for the year are. Naturally, “best picks” usually refers to those ideas that will generate the biggest return but little if no attention is given to the volatility or the risk of that idea over the course of the year.

With sympathy for volatility and risk, I thought it would be good to class my ideas into a few different categories:

In August 2016 3 year yields reached 1.3% and I believe domestic economic and property conditions to be worse now than they were in 2016. So effectively yields in my view should be at least 1.3% or approximately 50 basis points lower. For 10-year yields the record low in 2016 was 1.81% or some 55 basis points lower than where they currently are. In terms of SFE bond futures there is at least a 50-55 basis point profit to be made as yields hit record lows (bond prices move inversely to bond prices).

As the chart below shows bond futures have broken higher from the holding/base pattern of the past two years, indicating that the market is now beginning to price in a weakening economic outlook (driven by the domestic property conditions). Similar type of breakouts, evolve into strong reliable trends and fresh new record highs for domestic bonds is the most probable trade of all markets globally. 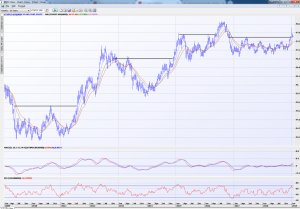 This leads onto the Australian dollar where I continue to see ongoing weakness. In my article on June 22, 2018 – “Australian Dollar: Everything You MUST Know In 5 Charts” and “Could I Be Any More Worried For Australia” – August 2017, I highlighted the ongoing downward pressure that would emerge from a poor housing market and the interest differential between Australia and the USA continuing to favour the US Dollar. Nothing since then has changed this trend. Our yields are falling faster than the USA (and yield less in absolute terms), our economy is performing worse than the USA, the housing market (and prices) are in decline so I have no reason to change my view. Particularly when my targets for the Australian dollar are yet to be seen (at $0.6000) and neither is the worst for the underlying economy. 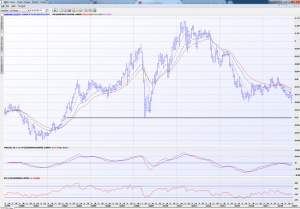 Favourite Trade of The Year – Tesla Lower, But It Will Be A Wild Ride

My favourite trade of the year is short Tesla, however, this will be one helluva ride such is the volatility that the share price experiences. However, it has the perfect combination of ingredients to collapse. Yes I am short Tesla. The push back I always get on this trade is that the electric car revolution is coming. However, these very same people completely miss the point. Buying electric cars and buying Tesla cars are two VERY different things. Being able to sell Tesla cars profitably is something entirely different again. And even more different is justifying it’s ludicrous valuation.

Tesla to date has had the luxury electric car market primarily to itself and in that time has been unable to generate any consistent profits, unable to produce a quality product (terrible finish, panel gaps don’t match, poor leather and plastic materials, technology that consistently struggles to deliver etc) and has largely lived off the hype of Elon Musk Twitter “promotion”. Endless list of promises, production and technology targets that have been unmet which are all beginning to come home to roost. Elon Musk lost his chairmanship of Tesla in spectacular fashion of Twitter “lies” and now last week has had to admit that the next year will be a difficult one and is cutting some 3,000+ workers. I disagree Elon, there is going to many difficult years – not one.

Tesla is suffering from “peak” Tesla. This is as good as it’s going to get. Competition is arriving thick and fast with better products, better build quality and with an established underlying automotive business that not only knows how to build cars efficiently but a balance sheet that can fund it. Jaguar’s I-Pace is already outselling Tesla and just wait until Porsche’s Taycan comes on sale later this year at very competitive prices. Mercedes and BMW are coming with their versions too.

The wave of increased competition is coming right at a time when Tesla’s balance sheet is also under pressure. There is approximately US$950 million of convertible debt due March 1 with a conversion price of just over $359/share. If the share price is not north of that in 5 weeks time and I can’t see how after Friday’s drop of 13%, then Tesla will be on the hook to payout that debt in cash. Say goodbye to one third of its $3 billion cash pile.

Tesla is entering a perfect storm of increased competition, balance sheet stress, workforce reduction, declining margins on Model 3 production (they started building the highest margin cars with options first in order to generate last quarter’s miracle profit), as well as subsidy reduction for electric cars being removed or reduced around the globe. This all translates to lower growth, lower returns, lower share price. 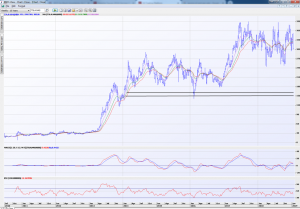 I had two major stock picks and positions in the prop book in 2018 – MGM Wireless (MWR) and Helios Energy (HE8). I was fortunate enough to have 95% of the portfolio exposed to just these two companies and gains of over 400% and 133% respectively translated to a great performance. Congratulations to me, I get to keep my job.

I start 2019 with the same positions and the same relative excitement over both companies. I see MWR expanding into the UK and Europe by Easter using the identical same path they did so successfully in Australia and NZ last year. The Company is significantly de-risked now with firm knowledge that children’s smartwatches are here to stay as a real market category – globally. The exciting aspect is that Europe has already been exposed to the children’s smartwatch – albeit with inferior Chinese products – so the acceleration of sales should be a lot faster. Add to this Europe is a significantly larger market – UK alone is 3x the size – and even small success for what is still a small company should have a substantial effect on the share price.

The pullback in MWR from $5 to $3 is a timely one for it to be considered as one of my favourite stock picks.

Helios is drilling their third well in March/April to further cement the Presidio oil project as a major oil discovery/province in Texas. Success to date has helped the company grow to $160 million market cap but considering I am backing the same team that were behind the discovery and ultimate sale of Aurora Oil and Gas in 2014 for $2.4 billion – there is still quite a bit of this journey still to go.

Considering my negative views on the economy and equities in general over 2019, success in the stock market will be specifically surround picking those stocks creating their own value and growth. More importantly ones that you are comfortable owning despite market volatility.

Another stock I am comfortable with is Volpara Health (VHT). This $218 million market cap company conducts breast density screening for determining ‘at risk’ patients to breast cancer. Volpara, over 2018 has been successfully rolling out their screening software across the US, Europe and Australia. Revenues continue to grow with customer coverage now reaching 5.6% of all US women. With breast density being recognized as a key and necessary metric in breast screening Volpara is in a leading position to capitalize. A strong performance for the share price in 2018, should translate to another one in 2019.

Beyond this there is little I can comfortably say right now that is well positioned to have a great 2019. Yes, I see trading opportunities but they are just that, trading opportunities. Plus I have to see something with value at current prices as well, and I just can’t find a lot that meets my specific criteria.

Naturally as they appear, I will highlight them right here.