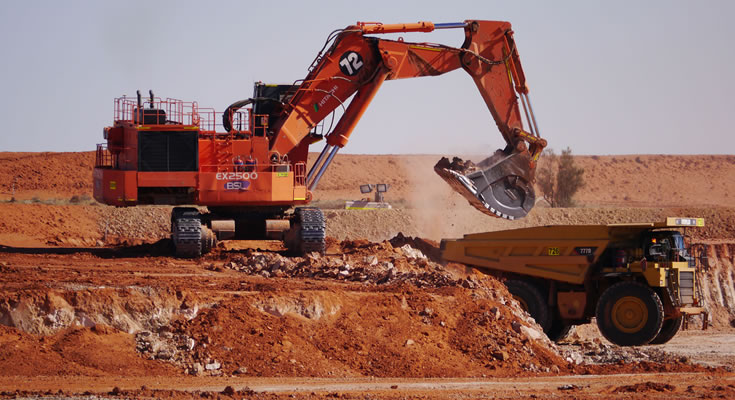 The takeover of Australian mining group Havilah Resources by British billionaire Sanjeev Gupta (his company controls the old Arrium steel business in Whyalla) has come unstuck in spectacular fashion at a shareholder meeting where it was clear the deal was sunk by one senior executive and director.

Havilah chairman Bob Stewart says the $100 million bid by SIMEC Mining would not go ahead because the company’s founding shareholders, led by technical director Dr. Chris Giles, had aborted the deal at the last second.

The SIMEC transaction was planned to be a staged equity investment in Havilah totaling $50 million, plus a further $50 million in conditional or discretionary funding. If all equity placements are made, the deal could give GFG a 51% stake in Havilah.

The trading halt for Havilah shares ended yesterday but there were no transactions – the shares remained at the 13 cents level they were before the suspension was asked earlier yesterday.

But that’s off and SIMEC now could sue Havilah to recover costs.

In a strongly-worded speech at Havilah’s extraordinary general meeting yesterday, Mr. Stewart said Dr. Giles’ decision had prevented a “once in a lifetime opportunity”.

After initially being in favour of the SIMEC takeover, an independent report that rated the deal as “not fair but reasonable” caused Dr. Giles to get cold feet, according to Mr. Stewart.

The company said in the filing that excluding Dr. Giles stake nearly 60% of the votes were cast in favour of the deal.

“As highlighted at today’s meeting, and to make it absolutely clear to all shareholders, neither Havilah nor GFG would ever have contemplated entering into the

“The Havilah Board was unanimous in electing to proceed with the Proposed Transaction and Dr. Giles was one of the signatories to the agreement. He also provided supportive commentary in the media post the execution of the Share Subscription Agreement. Havilah and GFG relied on the support and public statements by Dr. Giles in proceeding to implement the Proposed Transaction, including the preparation of an Independent Expert Report, which was mandatory, and the calling of the EGM.

Havilah has been informed by GFG in writing that it reserves all its rights, including its rights under the Share Subscription Agreement and its entitlement to recover costs incurred since 1 May 2019, against Havilah and Dr. Giles in relation to the conduct of Dr. Giles which is inconsistent with the originally proposed recommendation of Dr. Giles and support of the Proposed Transaction. The amount of this exposure is not known at this time.

The vote against the resolution now requires Havilah to move in a different direction to extract value from its in-ground mineral deposits. Furthermore, as a result of this outcome, the $5 million pro-rata rights issue, which was to be undertaken as part of the Proposed Transaction at a discount to $0.154 per share, will no longer be proceeding.

Mr Stewart told the meeting that when the Independent Expert Report was received with a “not fair but reasonable” conclusion about the deal “Dr Giles said to me that he became uncomfortable largely because he didn’t fully understand what the “not fair” aspect meant and decided to change his position to a neutral stance indicating that he was not making a recommendation one way or the other and the Notice of Meeting was dispatched on 9 August 2019 on that basis.”

“Up until Monday 9 September this week, Dr. Giles maintained to his fellow directors that he was undecided and on Monday afternoon would not tell us what he planned to do so that we could plan accordingly. Late on that Monday evening, Dr. Giles lodged proxies on behalf of Trindal, the company in which he holds his Havilah shares, instructing his proxy to vote against the deal.

“He gave his fellow directors no notice of this event despite the fact that he knew that his vote would be determinative and that it meant that the deal would not be approved. We have only been aware that the transaction will not be proceeding since late Monday evening which is why we put the company into a trading halt on Tuesday morning.

“My view is that the founding shareholders have been firmly in control of Havilah since it was listed and were not prepared to lose their control even though the proposed deal was probably a once in a lifetime opportunity to turn Havilah into a mid-tier miner. The founding shareholders have an effective blocking vote and they have exercised it again despite the majority by number voting in favor.

“In my view, that is as clear a statement as you can get that the founders are only interested in continuing to exercise control. And that is why Havilah has had limited success in its 20 plus years,” Mr. Stewart told the meeting.