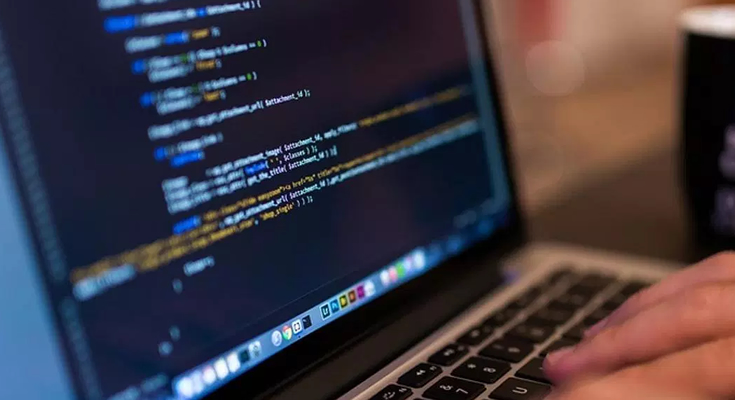 In the Wisconsin city of La Crosse in 2013, Eric Loomis, then in his early 30s, pleaded guilty to eluding police in a stolen car. The judge sentenced Loomis, who had a criminal record, to six years in jail, the longer end of possible terms.

So? Well, the judge based Loomis’s prison term partly on the recommendations of an artificial-intelligence, or AI, program that uses secret algorithms to assess the risk a person poses. In Loomis’s case, the Compas report showed “a high risk of violence, high risk of recidivism”. Loomis appealed the length of the sentence saying he had no opportunity to evaluate the algorithms and their assessment based on his gender violated ‘due process rights’.

The court’s use of AI to sentence Loomis attracted much criticism because it raised questions about the role that ‘big data’ and AI are playing in everyday decisions. Expect more such controversies for society to solve as AI’s rapid deployment is creating many ethical issues – a gentler way of saying AI is capable of ill as well as good.

AI is certainly causing concern. Among potential dangers, AI might be used by despots who want to enforce censorship, micro-target propaganda and impose society-wide controls on citizens. Many think the disinformation, conspiracy theories and echo chambers that AI-driven recommendations engines can promote on social media deepen social tensions. AI can be used in warfare and has the potential to make swathes of workers redundant. AI can act discriminately or invasively. Many worry about the privacy violations surrounding the data used to train and improve AI algorithms.

Many of the concerns about AI are tied to the nature of the algorithms. People worry that society is handing over decision-making to secret software codes – essentially instructions – that have no understanding of the context, meaning or consequences of what they do. They fret algorithms are being entrusted with tasks they are incapable of fulfilling and they magnify the biases and flaws of their human coders and the data inputted. People are concerned about how algorithms can manipulate behaviour and promote digital addiction. They see they can be gamed by attention seekers.

People are tackling some of the ethical issues involved. Researchers have withheld AI because of possible misuse. Governments, notably the EU, have acted to protect privacy. The EU is developing an AI code of ethics. Companies are creating principles around AI use and setting up ethical boards to monitor its deployment. Platforms are using AI to inhibit the ability of other algorithms to spread viral extremist content. Data gatherers are better protecting user information. US tech employees are rebelling against AI’s use in warfare.

But not enough might be happening to limit AI’s possible harm. People seem blasé about how their online data trails are used to sway their spending and thinking. Businesses appear far more focused on generating positive returns from AI than in overseeing and mitigating the negative side effects. Autocratic states are using AI to tighten their control over media and communication. When ethical issues are raised, valid rebuttals can result in inaction. Authorities with genuine concerns appear hobbled because of the public’s fondness for the cyberworld.

Be aware that AI is being deployed at a faster rate than ethical issues can be properly identified and resolved. The moral concerns encircling AI are likely to become big enough political issues in time to warrant much public scrutiny and government intervention.

But that fresh setting looms so large AI is bound to spark controversies, especially since AI’s political weakness is that it’s easy to demonise. Expect a rigorous human overlay on AI in due course. The challenge for authorities will be to limit AI’s possible harm and Loomis-style controversies without suppressing its advantages.

The algorithms that power AI are reams of code that can process data efficiently to assist in making parole, medical, military, work-dismissal, university-admission and many other decisions. These instructions can perform vast analysis within these narrow functions at speeds beyond human ability.

But algorithms lack many human qualities and smarts. These algorithms do not understand cause and effect. They lack common sense, emotion, imagination and senses of humour or irony. They have no free will. They can have inbuilt biases, generally delivered by the data that drives them. They can be gamed and outsmarted. The ethical issue is: How can society justify the handing over of vital decision-making to AI when it falls well short of human ability in so many ways?

The ethical cloud over algorithms is highlighted when they are set tasks beyond their design limits. ‘Content moderation’ algorithms that scour for inappropriate content keep much out. But they have often failed to remove all copies of an offensive video because people can alter the footage enough to outwit algorithms that can only look for earlier versions.

A wider ethical issue is whether or not AI-dependent platforms should be responsible for the content shared and viewed on their platforms, whereas now they bear little legal responsibility. Another ethical issue is whether or not private companies should be monitoring the ‘cyber public square’ – that private companies are acting as censors and judges of what’s appropriate. And what is the responsibility of users in all this? Enough people interact with the most sensational and vilest content to prompt the AI set up to boost their engagement to feed them more of the same.

Another ethical issue to resolve with AI is whether or not to let algorithms operate in situations with infinite possibilities (such as powering driverless cars on open roads) when, for now, AI works best in defined conditions (such as translation or, in the case of driving, keeping a car within white lines). The death of a pedestrian in Arizona by a self-driving car in 2018 highlighted how AI programs can prove fatal in uncontrolled situations. A central ethical issue here is whether or not the hopes that autonomous vehicles might one day reduce road fatalities is worth the loss of life in the experimental stage.

Another prominent flaw of algorithms and data is that they promote the biases of code writers and data. The common problem here is that data, as a record of the past, feeds algorithms the prejudices of the past. While no one defends discrimination per se and code writers can attempt to overcome this flaw, the ethical issues require subjective solutions.

Data with gender, race and other biases and the limits on the abilities of algorithms are prompting calls for algorithms to be regulated. Companies could come under pressure to reveal their algorithms, as France is doing with those used by the government. The tech industry, however, resists such transparency, saying their formulae are intellectual property.

Such ethical issues around AI are prompting reassessments of the technology, as shown by talk of a second “AI winter’ (when research and deployment stalls), a surge in warnings of its potential harm, and by a spate of books highlighting its flaws, such as Meredith Broussard’s Artificial Unintelligence.

While the Loomis appeal was rejected by the Wisconsin Supreme Court in 2016 and the US Supreme Court in 2017 refused to hear the case, the ethical issues it raised will be among many that surround AI as its deployment brings many benefits to society.