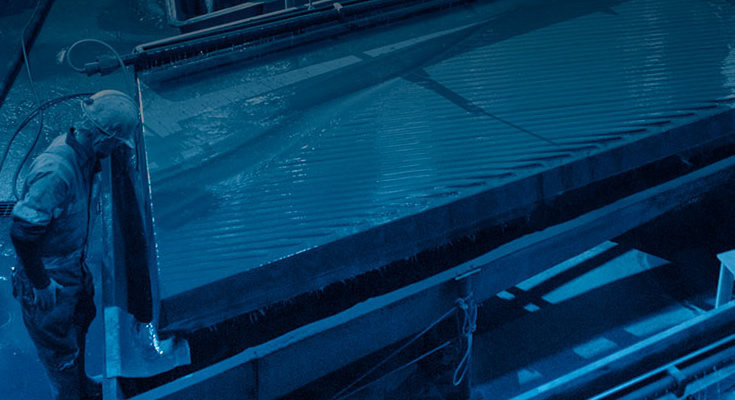 Tin might be one of the world’s most strategic metals, but it’s not reflected in the price of the commodity. But with supply issues looming, this could well change in 2019.

Touted as the next ‘battery metal’, tin has nine different uses in lithium-ion batteries and plenty of other applications in electronics as a solder.

At the same time, tin supply is challenged because (a) the mines aren’t in amenable geographies or (b) they’re too low grade.

The problem – or perhaps opportunity – lies with the fact that not much has happened with the tin price-wise and investors have been disengaged.

With half of tin output used as solder, tin remains a crucial component of electronics generally.

So even without a new ‘big bang ‘application, demand for tin demand looks robust.

But as participants at this year’s Beer & Co tin conference in Melbourne heard, there’s more intrigue on the supply side.

One issue is that the two biggest undeveloped deposits are in difficult locales: Bisie in the Democratic Republic of the Congo and Syrymbet in Kazakhstan.

They’re not exactly places to go for a holiday, let alone build a mine.

Most other prospects are low to medium grade and will struggle to obtain project financing and off take agreements with customers.

The other wildcard is that Myanmar emerged as a major producer after opening up to the west and in 2017 accounted for close to 20 percent of global supply. No one’s quite sure, but shipments look to have dropped off because of slipping grades.

The dearth of supply is music to Kasbah Resources, which happens to own 75 percent of the world’s third biggest untapped deposit: Achmmach in northern Morocco.

The company is currently in funding discussions to kick-start an underground operation, mining 750,000t a year to produce about 4500t of tin in concentrate.

The $US96m of required moolah is likely to come from a funding and off take deal with Japanese interests, who own the remaining 25 percent of the mine.

With production targeted for mid 2020 for a ten year mine life, one might have thought investors would be rocking to the Kasbah story.
But the company’s paltry $10m market capitalisation reflects a shabby history including a disastrous attempted merger with a Vietnam metal producer.

Kasbah’s board and management were overhauled in 2017.

“I’m conscious Kasbah has been around for a while and I deal with a lot of investors who roll their eyes and say ‘here we go again,” CEO Russell Clark says.

He says previous management did good development work on Achmmach, but at a time of declining tin prices. “We are seeing much better prices and new technology and all of this is adding up to make a project that works.”

While Kasbah strives to be the new king of tin, for Metals X it’s a case of getting more from Tasmania’s Renison mine which has operated for more than a century.

Half-owned by China’s Yunan Tin, Renison is a top ten global tin producer, chugging out an annualised rate of 6500t.

The partners are on the cusp of expanding Renison’s resource base and production and have invested in ore sorting technology to improve recoveries.

At the conference, then CEO Warren Hallam described Renison as “the ore body that just keeps giving”.

In mid November Hallam was replaced by mining engineer Damien Marantelli, with a clear agenda to ramp up the company’s acquired Nifty copper mine in the East Pilbara.

Metals X It also holds the Wingella project, one of the world biggest undeveloped nickel, cobalt and scandium resources
As with Kasbah, investors are keeping a (tin) lid on it. Metals X has a $320 market cap – having lost 50 percent of its value over the last six months – backed by $100m of cash.

At current tin prices the company’s half share of the Renison output should generate $30-35m of earnings this year.

Stellar’s Blight describes the company’s Heemskirk project near Zeehan in Tasmania as “the highest grade undeveloped deposit of significance listed on the ASX.”

But management concluded (no doubt wisely) that such a grand project, while economic, entailed too much risk.

As a result, opted for a $45m slimmed down project handling 200,000tpa, with deposits developed sequentially. The timetable to start mining has also been bought forward by six months.

Not surprisingly Stellar’s role model is the Renison mine up the road, given Heemskerk and Renison share similar geology.

“The main difference between the two is that Renison has been mining for 50 years, it’s got over 6000 diamond drill holes,” Blight says.

“We have barely scratched the surface and we have probably found 20 percent of what’s been found at Renison over that period.”

While the share price of five of Aus Tin’s peers has declined by between 19 percent and 63 percent over the last 12 months, Aus Tin’s value has doubled.

Aus Tin two-pronged portfolio consists of the flagship Tarong project in northern NSW and the Granville in the west coast of Tassie.
Tarong, which has a mining licence and development approval, contains 57,000 tonnes of tin (34,000t of reserves) and a handy 26,000t of copper and 4.4m ounces of silver.

Previously owned by BHP and Newmont, the ore body is low grade, but the coarse grained nature of the metallurgy means the good stuff is easily extracted.

Under Aus Tin’s current plan only about 1 percent of the project’s 344,000t resource will be touched. “We believe there is an enormous opportunity to extend the mine,” says CEO Peter Williams.

Elementos targets production from 2025 at its most advanced of its three projects, the Oropesa deposit in Spain’s Andalucia Province.
Slated as a 3500 tpa open-cut producer, the acquired Oropesa is subject to a definitive feasibility study due for release in mid 2019.
Elementos also has projects in Tasmania (Cleveland) and Malaysia (Temengo).