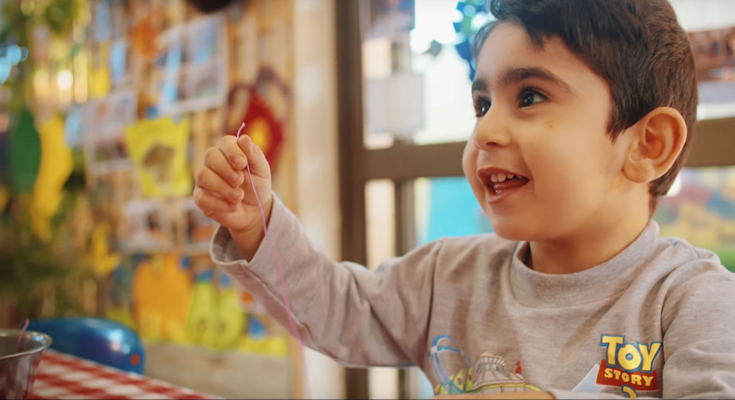 The listed childcare sector has been popular with investors, but emerging oversupply and affordability issues mean that all is not well in the sandpit. The operators are banking on the government’s revised subsidy scheme to revive their fortunes.

While a fresh report on the childcare sector highlights a dearth of places for under two-year-olds in some non-urban regions, oversupply is emerging in the main cities and the three listed childcare providers are howling with pain.

With the once-booming sector placed in the naughty corner, the federal government’s $3.5 billion Jobs for Families childcare package – effective from July 1 – could not have come quickly enough.

Childcare centres have been a popular asset class for property investors because they offer stable long-term leases, with the lease payments partially underwritten by the taxpayer.

Childcare has been less vulnerable to cyclical property variables and is often perceived as a stronger long-term income prospect.
About 80 percent of centres still owned by families and individuals, making for an “uneven and fragmented” industry (in the words of a Centre for Independent Studies report on the sector).

According to agent Peritus Childcare Sales, 101 childcare centres changed hands in 2017 for an average $4 million, 25 per cent higher than the previous year.

The trouble is the sector became too popular with too many investors chasing too few suitable locations, especially in non inner city areas. In 2017, 825 development applications were lodged in NSW, Victoria and Queensland.

At the same time, securing bank funding has become more difficult and fewer development applications are proceeding to construction.

The operator of 17 Victorian centres, Mayfield Childcare (MFD, 88c) set the early tone before the earnings season, downgrading its calendar 2018 earnings expectations from $4.1m to $3.5m.

The company cited soft occupancy rates (that is, not enough kids) and higher competition that has stymied price increases.

The company also cited the lag effect of the discontinuation of the Howard era Baby Bonus, which has affected birth rates.

At the same time, Mayfield’s acquisitive intentions have been hampered by a lack of quality stock. In some cases, greenfields sites have opened almost empty, which at least makes it easier to clean up after the finger painting.

Think’s first-half earnings tumbled 74 percent to $700,000, with calendar 2018 guidance shaved by 38 percent for earnings and 10 percent for sales.

Think owns 45 centres, 80 percent of which are in Victoria where new openings have been at record levels for the last 18 months. Of its cohort of centres, 18 faced specific new competition.

“We expected to see a rebound and as a sector didn’t fully appreciate the depth of fees stresses families were experiencing.”

G8 Education (GEM, $2.08) was the last of the listed trio to release its numbers, but sadly it wasn’t the case of leaving the best to last.

G8 shares sunk by 16 percent on the day to five-year lows, more on the outlook than the predictably downbeat numbers.

“We are not forecasting a material improvement in market conditions until mid-2019 and are adopting a conservative approach to occupancy growth forecasts (in the current half),” the company said.

G8 has also curtailed its acquisition of greenfields sites from an intended 30 to 19.

At a macro level, there are still plenty of supportive factors for the sector. Female participation in the workforce is increasing – as is the population — and the easing supply should result in improved occupancies and returns.

The new funding scheme – replacing the cumbersome childcare benefit and childcare rebate schemes – should support the sector after the widely-reported teething problems abate.

The government claims 94 percent of parents will be better off under the arrangement which, unlike the former scheme, does not cap subsidies for families earning an income of up to $185,710.

Think’s Edwards says the new “once in a generation” subsidies means childcare has gone from being the most expensive in a decade to the cheapest in history.

For parents, that’s not before time: the Centre for Independent Studies estimates that even with Canberra’s subsidies out-of-pocket expenses have increased by 50 percent since 2011.

We bet their salaries haven’t.

RBC Capital Markets analyst Garry Sherriff assumes a “gradual improvement in occupancy levels from calendar 2019 and beyond, noting that the new childcare reforms and moderating industry supply growth will take time to cycle through the system.”

Over the last 12 months G8, Think and Mayfield shares have tumbled 45 percent, 22 percent and 18 percent respectively.

It remains to be seen whether it’s a case of an overstimulated sector in need of an afternoon nap, or whether there’s something more disturbing happening in the sandpit.

For investors who prefer freehold ownership without the travails of being an operator, Arena owns 207 centres valued at just over $600m.

One of the quirkiest stories from the small cap sector during the just-completed results season was Reverse’s decision to pay a fully-franked dividend equating to a whopping 60 percent yield.

Normally dividends reflect management’s confidence in a company’s growth prospects. But in the case of reverse its 5.5c a share fully franked payout was a result of its legacy business — facilitating out-of-credit reverse charge calls –being made redundant by all-you-can-eat mobile plans and internet telephony using public wi fi.

Late in July Optus said it would no longer of avail of Reverse’s services and in early September Telstra followed suit.

But with its 1800-Reverse service likely to join the floppy discs and dodos in obscurity, management saw no better way to deploy its $5.3m cash balance than to return $5.1m of it to shareholders.
Bravo!

Reverse shares tumbled from 9c to 3c after they went ex dividend on September 5, valuing the company at just $2.8m.

The question now is how much the ongoing profitable contacts business is worth, along with the reverse charging operation as it is wound down.