Australia’s still rapidly growing lithium industry is also rapidly maturing as it becomes a major export success and source of growing revenues and earnings for investors.

Quietly hundreds of millions of dollars are flowing through the accounts of the three of the leading lithium players in Australia every month.

Slowly but surely, Pilbara Minerals, Allkem and TLEA – the joint venture controlling the huge Greenbushes mine in the southwest of WA – are becoming the powerhouses of the emerging Australian lithium business.

When the involvement of US giant Albemarle is included (see separate story) the sums grow to give big hint at the enormous potential for these companies to be highly profitable majors in coming years.

It is something many Australian investors have not realised – that these companies are no longer speculative plays, but like BHP and Rio Tinto, well-founded resource companies with considerable upside in revenue growth, earnings and eventually returns to shareholders.

Gross profits for the trio in 2021-22 could be around $A3 billion (the annual results this month will confirm the figures) – Greenbushes EBITDA looks like being north of $A1.2 billion, Allkem, around $A1.08 billion and Pilbara Minerals, close to $A900 million.

Greenbushes is controlled by a trio of IGO, the Perth-based miner, Tianqi, the Chinese lithium group and Albemarle, the giant American chemical and lithium player.

Pilbara Minerals’ 4th quarter and early 2021-22 figures confirm that lithium is a high-margin business after the company revealed that it held over $A874 million in cash at June 30 thanks to higher tonnages of spodumene sales and higher prices.

The company’s financial year report won’t be issued until late this month but from the preliminary data, there are clear signs that the earnings figure will be huge.

A back-of-the-envelope figuring from data for income and outgoings disclosed in the report suggests EBITDA for the quarter could be as much as $550 million.

That’s a gross profit margin of more than 76%.

Pilbara reported that it had produced 127,236 dry metric tonnes (dmt) of lithium spodumene concentrate over the June quarter.

The 2022 production included the first concentrate from the company’s Ngungaju Plant in WA.

Spodumene shipments also rose over the quarter, increasing 127% from the 58,383 tonnes for the March quarter to the 132,424 tonnes recorded for the June quarter.

Pilbara recorded an average sales price of $US4,267 per dry metric tonne over the June quarter, another rise over the previous quarter, in which Pilbara was only able to achieve an average of $US2,650 per tonne. Pilbara received less than $US1,000 a tonne for spodumene in 2020-21.

In terms of outlook, Pilbara had this to say:

But the big story is to be found in the dollars in the report.

Pilbara Minerals closed the June quarter with a cash balance of $A874.2 million, which included $A282.4 million in irrevocable bank letters of credit for shipments completed within the Quarter.

This was an increase of $A589.3 million over the March 31 balance of $A284.9 million “and was achieved on the back of increased production and higher selling prices,” according to Pilbara.

During the Quarter, Pilbara Minerals said it was paid $A561.8 million from customer sales associated with the sale of 98,122 dmt of Pilgan Plant spodumene concentrate (“which included of $8.5 million in receipts following finalisation of final pricing adjustments for March Quarter cargoes that were provisionally priced”).

Pilbara is the second lithium group to reveal a stunning set of cash numbers and potential earnings for the year to June (and the June quarter).

Allkem revealed record June quarter group revenue of around $US$337 million and a group gross operating cash margin of approximately US$292 million for the three months.

As a result, group revenue for the 2022 financial year (including Mt Cattlin from the merger date August 25, 2021) totalled $US762 million (around $A1.08 billion) and group gross operating cash margin was approximately $US594 million (excluding corporate and other non-operating costs).

Allkem said all this revenue saw it finish the June year with a very solid cash balance of $US663.2 million, which was up $US213.1 million from the end of the March quarter.

That was a similar experience to that reported by Pilbara Minerals.

And the IGO Ltd June quarterly report revealed a sharp improvement in the Greenbushes lithium business for the miner and its partners, Tianqi of China and the US giant, Albemarle.

Greenbushes recorded sales revenue of $A867 million in the June Quarter, up 59% from the three months to March.

This increase was primarily driven by a 41% increase in spodumene concentrate sales, reflecting the increase in production and a marginally higher realised spodumene price.

TLEA (or Tianqi Lithium Energy Australia Pty Ltd) is an incorporated joint venture between IGO (49%) and Tianqi Lithium Corporation (Tianqi) (51%) focused on existing upstream and downstream lithium assets located in Western Australia, which comprise a 51% stake in the Greenbushes lithium operation and a 100% interest in the Kwinana Refinery. Albemarle owns the other 49% of Greenbushes mining operation.

IGO’s share of net profit from TLEA was 68% higher in the June quarter at $A101.8 million (3Q22: up 60% from the 4A60 million in the March quarter) due to 41% higher spodumene concentrate sales at Greenbushes and marginally higher spodumene sales price.

IGO received an inaugural dividend from TLEA of $US49.0 million ($$70.7 million) during the June quarter.

According to figures in IGO quarterly reports, underlying EBITDA from October 1 to June 30, 2022 (the first year of the JV in its current structure started July 1, 2021) was a massive $A1.2 billion.

With the Australian Bureau of Statistics report this week showing exports of Australian lithium are running at more than $A1 billion a month and growing, it’s no wonder these once speculative companies are now the emerging majors of the renewables sector.

Their founders, major shareholders and boards saw the opportunity, believed it in the previous big bust in 2018 to 2020 and have emerged as the players in the next round – consolidation of mines and other assets.

If the numbers look very rosy for our lithium industry, then they look downright outstanding for Albemarle Corp, the world’s largest producer of lithium for electric vehicle batteries.

For the third time this year the US giant has raised its annual forecast after reporting better-than-expected quarterly earnings for the three months to June 30.

Albemarle boosted revenue and earnings after renegotiating supply contracts for the metal at higher prices as demand for lithium and its battery chemical products shows no sign of easing (confirmed by data Thursday from the Australian Bureau of Statistics on the surge in the value of Australian exports in the past year).

Compared to last year, Albemarle now expects the price at which it sells its lithium to jump at least 225% in 2022 and adjusted profit in its lithium division to rise at least 500%.

“We have shifted our lithium contracting strategy to realize greater benefits from these strong market dynamics,” Albemarle CEO Kent Masters said in a statement.

The company reported June quarter net income of $US406.8 million compared with $US424.6 million, in the June, 2021 quarter which included a one-off profit of $US429 million from an asset sale which was solid on June 1, 2021.

Albemarle said its adjusted EBITDA for the quarter gave a better picture of the impact of the price surge.

Adjusted EBITDA was $US610.2 million up a huge $US415.6 million from the June, 2021 quarter primarily due to higher net sales, partially offset by inflationary cost pressures including natural gas prices in Europe and raw materials.

The company’s bromine division, which sells chemicals used in fire extinguishers, saw a profit jump due to a jump in bromine prices.

Albemarle said its lithium production this year should rise at least 20% and that expansion projects in Chile, Australia, China and the United States are on track or ahead of schedule

The company said the Kemerton I lithium conversion plant in Western Australia achieved first product in July 2022 and is continuing to undergo testing.

Albemarle announced in June plans to build integrated lithium operations in the US, including the Kings Mountain, North Carolina, spodumene mine and a lithium conversion plant in the southeast.

It is also examining the prospects of starting a lithium recycling business in the US. 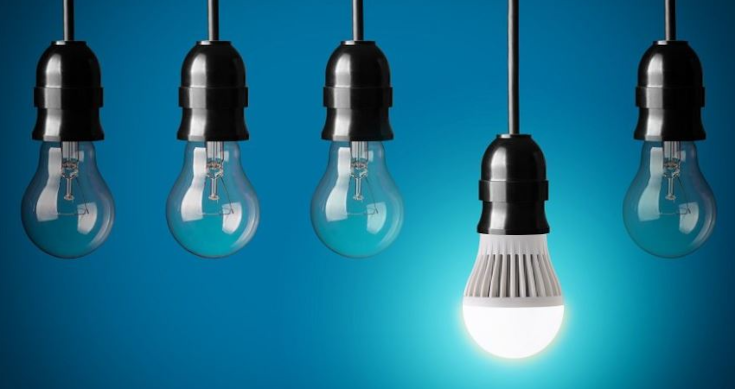 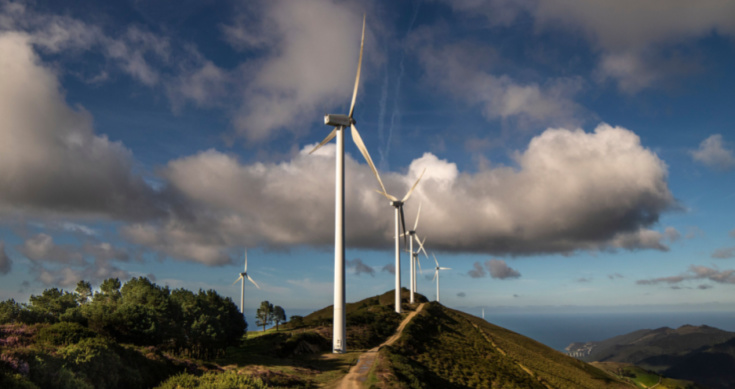 Investment Opportunities in the Energy Transition 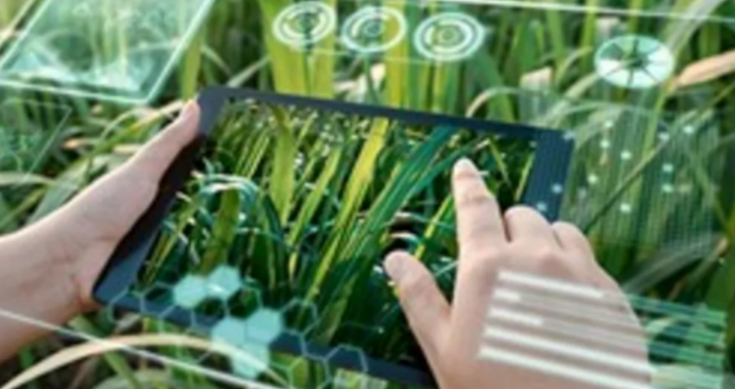 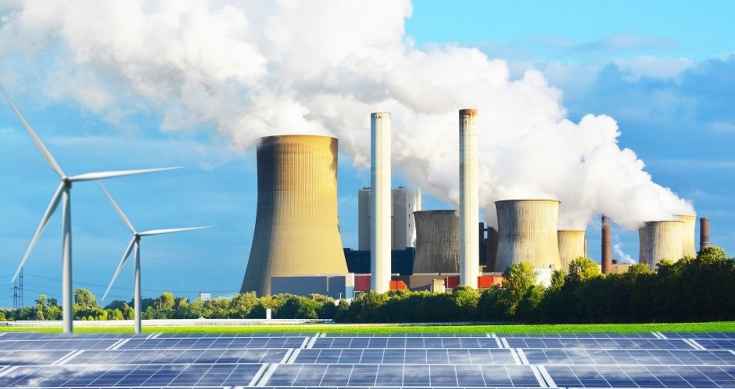 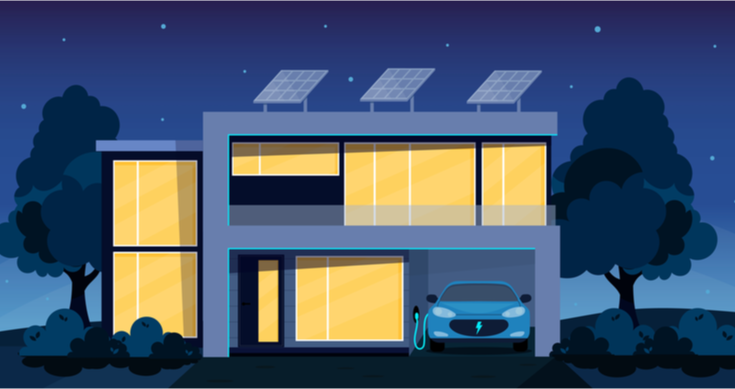