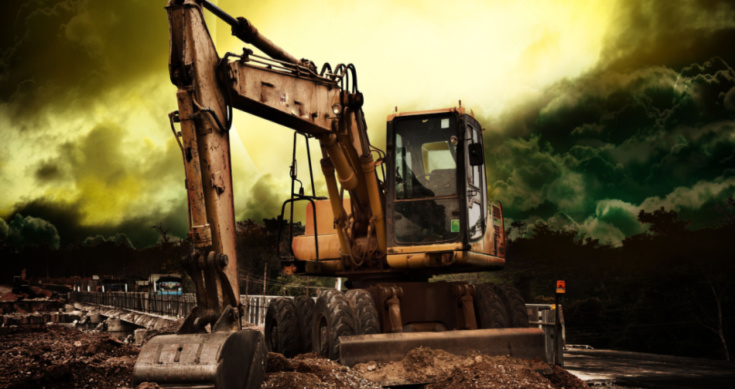 When Michael Shelby and some colleagues formed mining services minnow Babylon Pump & Power in 2017, all he had was a good reputation in the sector spanning many decades.

“We didn’t have a single client or a trading history,” he says.

Undeterred, Babylon listed in January 2018 on the back of just one client, the Perth based indigenous mining services outfit Carey Mining.

“Usually if you list on the ASX you have a decade of operations behind you. We were brand new, a blank piece of paper,” says Shelby, who has two decades’ experience the oil and gas, mining and specialist rental markets.

“But you just keep soldiering on and doing what’s necessary, parlaying little wins into bigger ones.”

Since that shaky start, the company has parlayed significant contracts including with BHP, Rio Tinto, Fortescue Mining and Alcoa.

Defying the shaky conditions, the company has just finalised a $7.4 million capital raising to support a change in focus to the high margin specialty rental and services market.

Shelby says that when Babylon started out the key winning factors were management’s contacts and experience that enabled the company to win crucial ‘vendor identification’ status from these miners.

“We also have the requisite environmental quality and safety accreditation, while offering the financial transparency of a listed company,” Shelby says.

“Our whole plan has been to eliminate the reasons why people can’t do business with us.”

Across three divisions Babylon specialises in renting diesel pumping and power equipment, water and abrasive blasting and servicing and repairing large diesel engines – more than 2000 horsepower – for equipment such as generators and haul trucks.

In July 2019 the company purchased the Mackay based diesel specialist Primepower Queensland for $4.2 million in cash and scrip.

In the first (December 2021) half, Babylon derived 80 per cent of its revenue from the  diesel maintenance business.

In the March quarter, the company won a contract with Rio Tinto for 24 sites, followed by deals with Yancoal and Alcoa.

Such wins come in the face of stiff competition from much bigger players, notably original equipment makers such as Westrac which owns the Caterpillar franchise.

Flexibility is a key to being able to compete: the workshops can drop in a replacement engine and repair the faulty one later, thus reducing downtime for the client.

“We are nimble and give clients the flexibility to manage their assets in the way they want to manage them,” he says.

Despite Babylon’s diesel maintenance success, the division was never really intended to be the biggest part of Babylon’s business.

Babylon now intends to ‘re-pivot’ to the rental market, in which it provides both the equipment and the skilled personnel to deal with on-the-site problems.

Once again, the sector is heavily competed by the likes of Cleanaway and Veolia in vacuum trucks and water pumps, Agreco Services in dewatering and power generation and Coates Hire in rental.

“Diesel maintenance served a purpose, such as enabling us to get those vendor IDs,” Shelby says.

“It kind of ran wild in a good way, but it is lower margin and consumes a lot of working capital.”

Babylon’s half year results for the year to December 31 2021 showed that revenue ticked up 33 percent to $13.7 million, with the service and repair arm accounting for $10.9m of this turnover.

Operating cash outflows improved to a $1.28 million deficit from a $3.08m shortfall  previously.

Shelby says while overall diesel maintenance was up year on year, Primepower’s revenue and earnings were disappointing.

“But we have worked to right-size the business, reduce overheads and centralise admin and back office functions,” he says. “We are also planning more improvements that will flow through the business in the near future.”

As with the resources sector generally, pandemic-related supply chain issues remain a challenge.

“We had managed [logistics] pretty well but finally we struck some delays, not work that was cancelled but just trying to get hands on critical parts takes three or four more weeks,” Shelby says.

“We are trying to stock crucial parts and pre order but you just have to balance with not carrying too much inventory and having cash tied up.”

The capital raising was by way of a $1.04 million placement to professional and sophisticated investors and a $6.36 million entitlement offer, both at one-sixth of a cent per share.

Crucially, the rights offer was fully underwritten by broker Canaccord Genuity. Of the proceeds, $4.5 million will be used to redeem convertible notes that matured in June.

“2021 was a very harsh year for us. We took some major hits, we made some major changes and there are more changes to come,” Shelby says.

Another reason for the lowly valuation is that diesel repairs are aligned to the old fossil fuel economy and unattractive to investors adhering to rigid ESG (environment, social and governance) rules.

“Diesel maintenance is not sexy but it helps to make the world go around,” he says.

“In my working life I don’t think they will go away, but that’s not what people want to hear.”

Shelby says any capital raising is likely to be on the back of another event, such as another acquisition.

He says the company has the support of a loyal shareholders, including former Elders executive  and veteran investor and businessman Geoff Lord.

Shelby says he’s learnt  a lot from Lord, who is also a special adviser to the board. After participating in the placement, Lord sees his shareholding increase from 17 per   cent to as much as 26.7 per cent.

“He’s been there from the beginning. He’s a hard task master but he’s also been very supportive.”