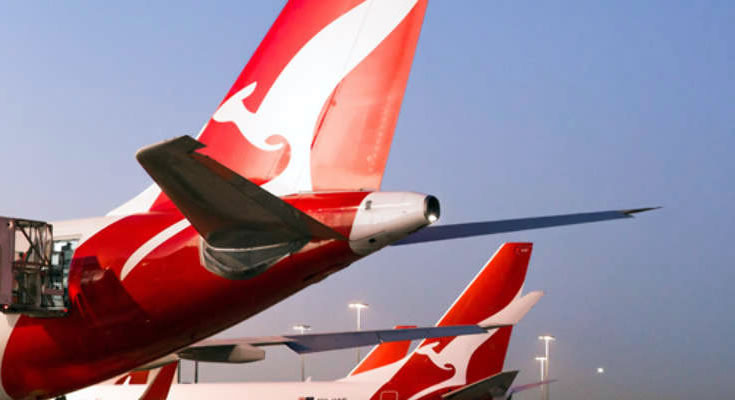 Thousands of Qantas employees will be given a one-off $5,000 recovery payment if they agree to a new enterprise bargaining agreement (EBA) with a 2% pay rise limit.

As well there are more capacity cuts on top of the ones announced just over a month ago that will apply in the busy Winter/early Spring period, according to the airline’s June trading update, issued on Friday.

Qantas justified the cuts as a way of airline handling the rise in jet fuel costs because of rising global oil prices.

Qantas also revealed an improvement in its financial health with the news that it had cut its debt by $1.5 billion in the last six months.

The new EBA and the small pay rise comes after a two year pay freeze while the airline rode out the pandemic.

Qantas said the bonus is for staff to “share in the benefits of its recovery”, while senior management and executives will not be eligible.

Qantas has said the payment will be made to employees after the EBA is finalised.

The cost of the bonus is $87 million but the 2% limit on pay rises will see employees fall further behind inflation and rises in their cost of living.

Qantas CEO Alan Joyce said the announcement would be welcome for thousands of staff who have struggled through a “tough few years” in aviation.

“We promised to share the benefits of the recovery once it arrived. Today’s announcement is part of that,” Mr Joyce said.

“For our people, the recovery really started last December when we made the decision to bring everyone back to work ahead of schedule and well before all borders opened.

“In February, we announced a bonus scheme that gives employees at least 1000 shares in the national carrier if key conditions are met.”

The airline also revealed that Jetstar, its budget airline, would lose its CEO Gareth Evans who leaves at the end of the year.

To help meet the rising cost of fuel, Qantas will cut an additional 5% of domestic flights for July, August and September. This comes on top of May’s 10% cut.

Mr Evans will leave after more than 20 years at the airline as its chief financial officer and boss of Qantas International. He took up his Jetstar role in 2017.