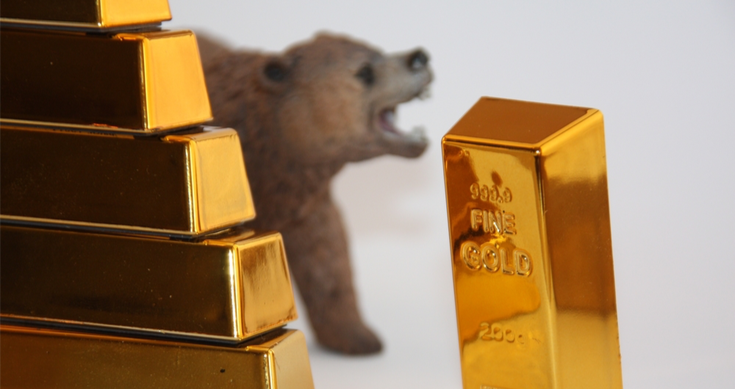 Shares in St Barbara were pummelled yesterday after the gold miner revealed a major change in strategy as well as operational problems that could very well limit future growth.

The shares tumbled more than 18% to 92 cents on the news, contained in a statement to the ASX.

There were three newspoints from the statement – a deferment of a major expansion at its Simberi mine in Papua New Guinea, problems at its Nova Scotia operations in Canada that could see that mine close this year and a cost cutting revamp of head office in Australia with jobs lost.

The statement revealed that the gold miner had deferred making a final investment decision on the Simberi sulphide expansion (In PNG) in favour of a strategic review.

St Barbara explained that because it faces capital investments at each of its three operations in the next two years, it has decided the review the future of the Simberi project (which is really an expansion of the mine that has been operating since 2008).

Simberi consists of an open cut mine on the northernmost island in the Tabar group of islands in the province of New Ireland in Papua New Guinea.

The St Barbara board signed off on the project in early 2020. But delays have been encountered because of Covid and other hiccups.

St Barbara says the mooted sulphide project “has the potential to extend the life of mine by at least 10 years.”

The review will assess the best allocation of capital for risk and return compared with the company’s other projects.

Helping St Barbara with its review (and possible outcome) has been what it called “unsolicited enquiries from potential investors in Simberi.”

It has deferred the final investment decision until the review is finished.

St Barbara said that it “anticipates the Sulphide expansion project to proceed either under St Barbara or different ownership.”

St Barbara also advised that there is a near-term risk of disruption to its Touquoy Operation in Nova Scotia in Eastern Canada (its so-called Atlantic operations.)

in Wednesday’s statement, St Barbara said the problem “is due to potential permitting delays for its tailings management facility after authorities sought further clarification on aspects of the in-pit tailings deposition application.”

“The company has made an application to raise the existing tailings management facility wall as an interim solution while the in-pit deposition matter is progressed to conclusion.

“However, should the application not be successful, St Barbara will be forced to suspend the operation and place it in care and maintenance mode.”

Lifting the tailings wall (should it be okayed) will cost around $A6 million and extend the life of the facility until the end of the 2023 financial, St Barbara said on Wednesday.

But of this is not approved the mine will have to be suspended and put on a care and maintenance basis when the current railings capacity runs out in several months’ time.

Barbara also revealed that it will undertake a revamp of its current operating model, including for the provision of corporate support.

This will see the company’s Melbourne office close in a few months, St Barbara told the ASX.

So potentially one project that could be sold, another that could close and head office revamped with job losses and cost cutting.

No wonder the shares hit a day’s low of 92 cents which also turned out to be a multi-year low.