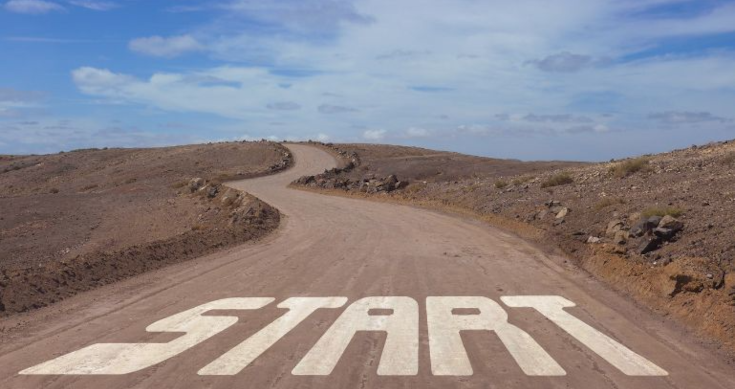 We are starting to see evidence of demand destruction via rising energy and transport costs. Plus, food prices have skyrocketed, and consumers are starting to feel the pinch. The only question left is what cracks first? Will it be central bankers raising rates at unprecedented speed or will there be a “buyers’ strike” because prices are too high, and households have to reprioritise their spending to essentials?

Correctly attributing the cause of the slowing demand is not our primary goal, as all roads lead to the same outcome – slowing economic growth. Today, the US Fed Funds Rate is still only 0.83%, however investors are expecting it to reach a lofty 2.75% before the end of this year, a level that hasn’t been seen since prior to the global financial crisis. Similarly, US 30-year mortgage rates have risen from 3.2% to 5.2% in less than six months, also making new highs since 2008. June 1 also heralds the commencement of the Federal Reserve’s balance sheet run off (quantitative tightening). The liquidity withdrawal will build to a rate of US$95bn over a few months; that is almost double the US$50bn monthly reduction they undertook and then abandoned in 2018-2019. It’s not a stretch to say this unprecedented speed of monetary policy tightening will have a material impact on economic growth, with the potential to have unintended consequences along the way.

On the prices side we are witnessing a global squeeze on many supply chains exacerbated by war, COVID-19 lockdowns, supply bottlenecks and of course excess demand. Petrol prices are at extremes, with policy makers around the world offering energy subsidies, reducing fuel excises, or charging energy companies windfall taxes in an attempt to lessen the hardship some are experiencing, especially low-income families. Food prices are another major household expenditure which has seen outpaced price acceleration recently. Combined, the impact of increasing energy, transport, food (all essential expenditure) and now rising debt costs is having a meaningful impact on US consumers, who are already dipping into their savings. The US savings rate has plummeted to 4.4%, which is below the long-term average and has nearly halved in 2022 alone. Another sign of impending stress is US subprime car loan delinquencies which have recently hit an all-time high; but it is coinciding with wages increasing at the fastest pace in years, especially for the lowest paid workers. Clearly it’s not helping offset rising costs of essential items.

Assessing the combination of these factors, it is clear to us that US companies are facing headwinds to increase or even meet sales expectations or increase margins this year. The impact of tightening financial conditions is having a huge impact as real wages, despite strong nominal growth, are declining at a record negative 3.4%. Despite earning more dollars, they are buying less.

At this point, it’s also worthwhile to remind investors about the nature of bear markets. While the typical definition is a 20% market fall, I prefer the legendary investor Howard Marks’s old-school definition of a bear market – “nerve-wracking”! A bear market is a curious beast; they are genuinely only definable in hindsight, and they take a significant amount of skill and conviction to manage through (successfully). They are not as our memories might suggest – a straight line – for instance, since the 1960s there have been 10 bear markets in the S&P500, totalling 114 months in length. The S&P 500 average monthly return for these months is -2.2%, however almost one-in-three of the months during these bear markets delivered a positive, averaging +3.4%. Plus, the month that signalled the end of a bear market (only in hindsight) averaged a massive +7.5% return. Bear market rallies can hurt if under-invested!

Looking at the first five months of this year, the Bloomberg Global Aggregate Bond Index has not only had its worst start to a calendar year in over two decades, it is worse by a magnitude of over 2.5 times the next worst period.

Many areas of global credit markets are flashing ‘cheap’ in our valuation metrics, yet we know from experience that recessionary periods, especially ones brought about by central bank tightening, usually lead to excessive credit spread widening as the prospect of default increases. We predict there is still more pain to come in credit markets. On the flip side of this, government bond yields have rallied approximately 40bps since their early-April highs when the US 10-year yield reached a high of 3.19% (3.57% for equivalent yield in Australian bonds). At least part of this reversion in yields can be attributable to an oversold market, nonetheless the last six weeks of trading have started to give investors some comfort that the defensive characteristics of government bonds (via a negative correlation to equities markets) might be reasserting itself.

May was a case in point with the S&P 500 breaking a seven-week losing streak to finish the month +0.2%. The seemingly inflation proof Australian equity market reversed part of its recent strong, commodity led momentum and was down -2.5%. There are several explanations or justifications for this reversal, but what we do know from history is that in bear markets we should expect higher levels of volatility on both the upside and downside. This is due to greater uncertainty of future economic outcomes and hence a wider potential distribution of return outcomes. In fact, while today’s VIX index reading of 26 is above its long-term average of 20, weekly instances of VIX greater than 25 have occurred nearly 20% of the time since its inception in 1990.

So where does that leave us?  Well, my base assumption is that we are in the midst of an equity bear market, and we are headed for a recession. We continue to monitor the macro outlook, namely inflation, monetary policy, geopolitics, and of course busted supply chains. Many parts of the market have already experienced a downward rerating (the Nasdaq is down over 20% year-to-date) however, should our base case materialise, we believe there is still a skew towards further negative returns from equities. We have already liquidated many of the more cyclical and less liquid parts of our portfolio and we have hedges on other aspects. Should we witness one of the frequently occurring bear market rallies, we expect to be selling down our risk exposures further as we position for continued deterioration in economic fundamentals, which we still see as mispriced by the markets today.

The Schroder Real Return Fund (GROW) is a multi-asset objective based strategy that aims to maximise investment returns subject to an acceptable level of risk.
SHARE THIS ARTICLE: