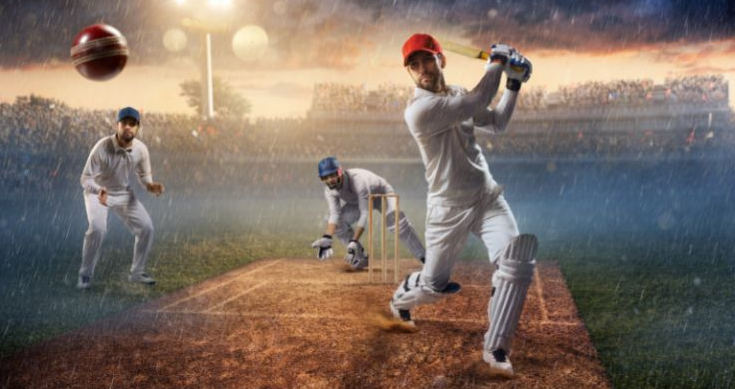 ‘Meeting the moment’ can mean many things. For the RBA currently, it may mean adjusting cash rates swiftly and assuming whatever criticism may ensue. For corporates, it may mean pivoting corporate strategy in response to capital market changes. And for investors, ‘meeting the moment’ means a renewed focus upon fundamental value creation as the driver of portfolio positions, rather than the technical factors which have curried fervour and favour during the prior decade (but especially the prior couple of years), because they worked.

We have highlighted previously that the equity market has been more driven by macro factors, especially liquidity, in recent years, than earnings or changes in competitive position. Major economy (US, EU, Japan and China) central bank balance sheets grew from circa US$7t through US$18t in the decade following the GFC, until COVID-19 emerged. The same amount was subsequently injected through the past two years, as part of the massive amounts of stimulus added in response to the pandemic. There has been a 95% correlation between this liquidity injection and the MSCI World Index; and the vast majority of that correlation has been driven by the most expensive quintile of stocks on a multiple basis, as the cheapest quintile barely benefited. That correlation has continued as this stimulus is being withdrawn. After several months of preparing markets for a change in course, the first month of quantitative tightening in the US has just been completed, resulting in asset values falls of 20%, concentrated in the long duration, currently loss-making section of the market. This, of course, is simply the unwind of the undue benefit this sector received from liquidity injections. To the extent that inflation continues to be above that attaching to services, which has been circa 2% for several decades, we expect an ongoing withdrawal of liquidity by the Fed, and in turn a continuation of the market dynamic we have seen at play for the past six months.

Company boards and management are now confronted with the same issues. What creates value? What incentives and financial outcomes are ideal; and what does ‘meeting the moment’ mean for companies in terms of trading off revenue growth and free cashflow?

Afterpay was the great Australian success story of the past several years in terms of its capital markets performance, growing from less than $1b in market cap to—at its peak—nearly having the same market value as ANZ. Since its acquisition by Square (now Block) in January, the market value of many of its buy now pay later peers has fallen by circa 90%. Block had its first investor strategy day for several years last month, a chance, as it were, to meet the moment as funding conditions change. This did not happen; Block re-affirmed its intent for the next two years to continue to invest aggressively, not just into its “ecosystem”, but now in building “an ecosystem of ecosystems”. It is easy to forget that there is not a lot of precedent for ultimately large platform companies requiring large losses as they grow. For example, REA is the greatest platform that has been developed in Australia since the TMT boom. In that period, REA lost an aggregate of $10m over three years before it started a path of free cashflow, which today sees it earn circa $750m of EBIT, or, for context, more than every traditional media asset in the country put together. Neither Carsales nor Seek incurred significant losses as they developed; and nor did the great US platform companies either. Given the intent to continue deep near-term losses, we consider it likely for Block’s corporate strategy to be value destroying, and hence flawed, however it is fully transparent.

Not all strategies are akin to Block’s. Dara Khosrowshahi, the CEO of Uber, is on the austerity path, going by the leaked internal email he wrote to all Uber staff last month. “… It’s clear that the market is experiencing a seismic shift and we need to react accordingly. While investors don’t run the company, they do own the company—and they’ve entrusted us with running it well. We get to set the strategy and make the decisions, but we need to do so in a way that ultimately serves our shareholders and their long term interests. Channelling Jerry Maguire, we need to show them the money. We have made a ton of progress in terms of profitability, setting a target for $5 billion in Adjusted EBITDA in 2024, but the goalposts have changed. Now it’s about free cash flow. We can (and should) get there fast. There will be companies that put their heads in the sand and are slow to pivot. The tough truth is that many of them will not survive. The average employee at Uber is barely over 30, which means you’ve spent your career in a long and unprecedented bull run. This next period will be different, and it will require a different approach. Rest assured, we are not going to put our heads in the sand. We will meet the moment…”.

The difference between winners and losers

While hard asset backed companies have done best in recent months and we think are well placed to continue to do well, the debate as to the winners and losers as deflationary forces change direction is a little more nuanced. The relative winners have been, and will continue to be, those with higher, nearer term cashflows, with duration, trading at fair multiples; and many of the largest US technology companies fit that characterisation. Unfortunately, few in Australia do yet.

Not just corporates need to meet the moment. Inflation, driven by energy, food and goods prices, all of which have structural underpinnings, has forced the hand of central banks. The RBA has had to meet the moment, after many years of reducing rates and making bigger promises about the future until last year it was caught writing cheques it couldn’t cash. Intellectual default is a poor base from which to impute prudent national lending standards. In a country where housing lending dominates the books to a far greater extent than any other, to produce a 70-page Financial Stability Review every six months and not disclose lending by debt-to-income ratios, by bank, explains how we now have a national debate about mortgage stress when the country is fully employed, and interest rates are circa 5%. In the April review, the RBA highlighted that “… the share of new high debt-to-income ratio (DTI≥6) mortgage lending increased significantly to 24 per cent in the December quarter of 2021 … the share of such lending has remained at a high level during early 2022 …”. For context, by law, this ratio is capped at 5 in the UK and has been since the GFC. Try and get a mortgage in the US or Canada at more than five times income as well; the RBA has let lending standards against housing decay during the past decade. For shareholders, the resulting volume growth has created a larger industry profit pool, albeit this loan-to-income ratio has now been so enlarged, it is hard to see how it can continue to be stretched and hence the resulting profit growth has matured. On the other hand, there is an indeterminate but significant risk attaching to this for shareholders, somewhat protected by a sovereign put, which is not explicitly paid for. The implicit cost, however, is perhaps referenced by way of the UK (which has had since the GFC a specific bank sector tax, of an additional 10% on top of the nominal corporate rate), and two months ago, Canada instituted a windfall tax of 15% on all banks and insurers with profits greater than C$1b. The Canadian tax was explicitly tied to the implicit support provided to support bank profits through COVID-19 policy measures: “…Canada’s major financial institutions made significant profits during the pandemic and have recovered faster than other parts of our economy—in part due to the federal pandemic supports for people and businesses that helped de-risk the balance sheets of some of Canada’s largest financial institutions”. We explicitly assume such a charge arises in Australia in our valuations and can only suggest the market would be shocked by such a move in Australia, even though the policy framework used by the UK and Canadian governments applies even more so to the Australian system given higher loan-to-income ratios, which of course are hard to unwind without some cost.

In many ways, the past several years in financial assets have been about nothing but imagination. For corporates, until several months ago, no amount of capital raising and revenue growth was enough. For central banks, no interest rate was too low nor liquidity injection too much. Black swans – the pandemic, effective vaccines, the end of globalisation, and the war in Ukraine – have alas appeared, and created a perfect storm which has upset what was a comfortable standard operating procedure for central banks, companies and financial markets. The last six months are, however, the new normal, and frankly a set of circumstances we consider to be a more sustainable path. The strong correlation with asset prices on the way up will, we expect, continue to hold as the balance sheet shrinks. It is also more than possible that the deflationary forces prompted by asset price deflation will not directly impact upon energy price inflation and hence we suspect a stagflationary environment is possible.

In terms of our portfolio positioning, it doesn’t matter much if that is not the case. Even a more sedentary unwind of the growth in central bank balance sheets will continue to see an unwind of the speculative excesses which has been spawned by the policy settings of recent years. The highest multiple stocks have started to unwind, however we believe a further large correction in their multiples is likely, unless they quickly start to produce material free cashflow. We’re with Uber, not Block. As an investor, the best form of defence in strained market environments is a higher, cash backed, nearer term, sustainable cashflow. That strategy has proven valuable through the unwinding of every period of market excess in the past, and we fully expect it to continue to prove its worth as this cycle continues to unwind as well.

The Schroder Australian Equity Fund invests in a broad range of companies from Australia and New Zealand and aims to outperform the benchmark S&P/ASX 200 Accumulation Index by 2-3% after fees over the medium to long term.