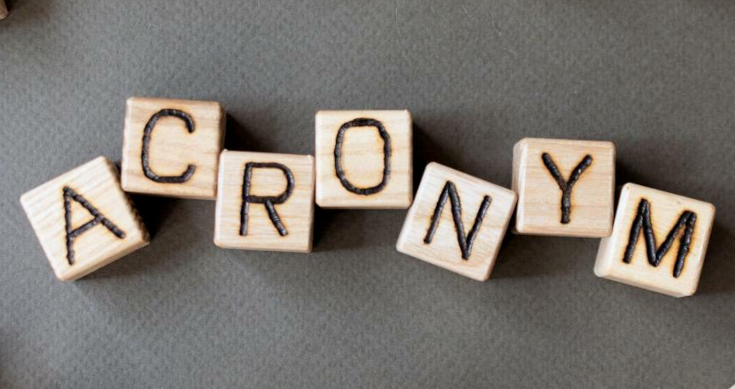 Tech acronyms boomed during the tech rally until late 2021. The best-known of them was FAANG (Facebook, Amazon.com, Apple, Netflix and Google).

Some commentators have this year changed FAANG to MAMAA. The latter term replaces Netflix with Microsoft Corporation and updates Facebook (now called Meta Platforms) and Google (owned by Alphabet) for their parent company’s name.

Not to be outdone, Australia has the WAAAX tech stocks: WiseTech Global, Afterpay (acquired by Block in early 2022), Appen, Altium and Xero.

At a country level, there was the BRICS: Brazil, Russia, India, China and South Africa. BRICS was a popular term for top-down investing in emerging markets.

Investors with longer memories might recall TIME stocks during the dot.com boom in the late 1990s. TIME stood for Telecommunications, Internet, Media and Entertainment. Today, that’s been shortened to TMT stocks (technology, media and telcos).

Consider the FAANGs. As Chart 1 below shows: the five largest stocks in the US S&P 500 Index (four of which were the FAANGs) comprised about a fifth of that index’s combined market capitalisation in 2021. As investors poured money into the FAANGs (and Microsoft), the market became dangerously concentrated in a handful of stocks. 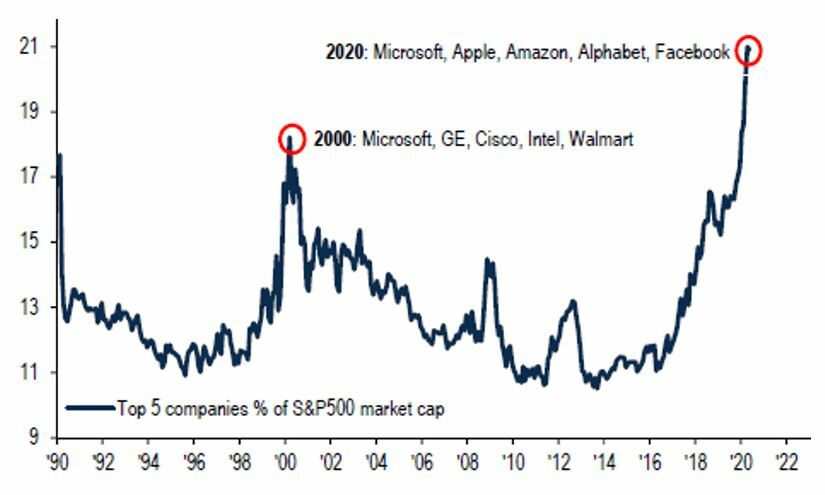 Since then, Meta shares are down 41% over 12 months, Amazon.com is down 34% and Netflix has slumped 63% in that period. Alphabet is down 8%, Microsoft is up 2% and Apple is up 8%.1 Clearly, buying FAANG stocks as a group last year at peak valuations has destroyed wealth.

In Australia, the WAAAX stocks have mostly fallen by a third or more from their 52-week high. The S&P/All Technology Index, which includes several WAAAX stocks in its top-10 holdings by market capitalisation, has fallen 29% this year.2

Product hype is another danger of investment acronyms. Predictably, product issuers launch funds based on acronyms to cash in on the hype. Witness the growth last year of Exchange Traded Funds (ETFs) over FAANG and other stock groupings. Or BRICS emerging-market funds a decade ago or TIME funds during the dot.com bubble.

Perhaps the biggest problem with investment acronyms is over-simplification. Successful investing requires scouring global markets for companies trading at bottom-quartile valuations. It’s hard work. It begins with rigorous analysis of each company on its merits. Not chasing a handful of stocks after they soar because they are part of a catchy group or investing only on a top-down or thematic basis.

Investment buzzwords extend to asset managers. As tech stocks rallied, “disruption” funds emerged. These funds typically invest in companies that use technology to disrupt markets, even though tech affects all companies in one way or another.

Labels over-simplify funds management. Investment styles include Value, Deep-Value, Growth, Growth at a Reasonable Price (GARP), top-down, bottom-up, quantitative and so on. Some investors gravitate to a fund when its investment style is in vogue (for example, “growth” funds when interest rates were low).

Since its launch in 1998, PM Capital has never wavered from its investment style. We buy companies when they trade at bottom-quartile valuations and have the discipline, patience and conviction to hold them until they achieve top-quartile valuations.

As PM Capital has argued many times, the previous decade’s star performers (FAANGs) are often the worst in the following decade. Just as the previous decade’s star fund managers (disruption-focused managers, for example) often underperform in the following decade. Investment acronyms and hot labels just prolong these inevitable falls. Too often, they attract investors at peak company valuations and after peak fund manager performance.

If there was a label for PM Capital’s investment style, it might be: Common Sense. We buy companies when they are cheap and sell when expensive. And ignore investment acronyms and labels that are little more than market noise.