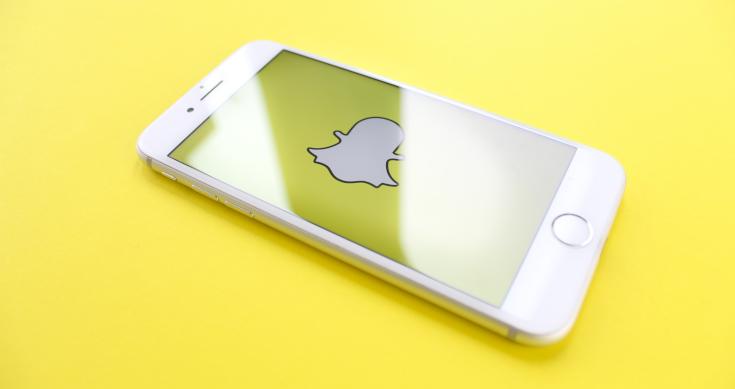 The hint of a steadier tone on Wall Street was ended by another surprise from the techs when Snap – the company that operates social media product Snapchat – revealed a weak outlook on Monday after trading ended. Down went the shares, sliding a massive 30% in afterhours dealings.

Snap had warned that its quarterly growth and sales guidance would not be met, due to rising inflation, supply chain shortages, and the conflict in Ukraine.

The shock was that the warning, from chairman Evan Spiegel came a month after the company revealed first quarter results-that means there has been a big slump in digital ad spend that in the US especially.

Shares in other social media firms slid afterhours on Monday – Meta (nee Facebook) saw its shares sold off as did Alphabet and Twitter.

Tuesday investors waited for the opening bell to see if the slump repeated itself – it did and down went the shares all day, finishing off 43% – one of the biggest percentage slides from a leading tech stock for some time.

That saw the company’s market value fall to just over $US16 billion at the close on Tuesday – that was a loss of more than $US14 billion.

But the impact of the weak update from Snap was like a contagion elsewhere in the social media sector.

Analysts said the Snap warning raised alarms about the strength of the digital advertising market which has slowed for a host of companies – both News Corp and the New York Times for example noted weak digital ad revenue growth or falls in their March quarter reports.

Tuesday’s close of $US12.79 for Snap shares was a fraction of their all-time peak of more than $US83 last September, just as investors were starting to focus on rising inflation and the need for higher interest rates which in turn triggered the selloff in tech stocks that continues.

Snap’s problems effectively ended the hopes for a stabilising in the tech heavy Nasdaq and the wider US market. It led the 2.35% slump in Nasdaq on the day which takes the fall this year to close to 30%.

The value-dominated Dow Jones started weak – off 1.2% but clambered back into the green for a small rise of 0.15% on the day and the S&P 500 slumped 2.1% at the opening but had dragged itself to within sight of break even for a loss on the day of 0.81% by the close.

The selloff based on a weak update from a minor player in social media (compared to Meta Alphabet (Google) surprised Wall Street investors and analysts.

CNBC pointed out that that Snap generates a tiny fraction of the amount of money in a quarter that Facebook and Google earn. And Facebook had already told the markets last month that its revenue in the second quarter could decline from a year earlier.

“Coming just a month after issuing guidance this would seem to highlight the current rapid pace of change in underlying economic conditions, with this likely to have negative implications for online advertising peers and also the wider internet sector,” the Atlantic Equities analysts wrote. “Snap’s warning is clearly a negative for all of the ad-supported peers.”

Piper Sandler analysts agreed, writing that “this is more macro and industry-driven versus Snap specific,” according to CNBC.

And there’s another time bomb waiting for Wall Street and Elon Musk in the slide in Twitter shares.

The Snap driven sell-off had a much wider impact, undermining almost every major tech share including Twitter and Tesla.

Twitter shares ended Tuesday at $US35.76, a fall of 5.5%. He paid an average price of $US36.157 for each Twitter share in accumulating his 9.2% stake from January through April.

That puts them at a small loss for the Tesla CEO. But if you add in the $US1 billion walk away fee, then Musk’s potential loss is looking painful.

Musk is offering $US54.20 a share, or $US44 billion, for Twitter, values that are clearly not going to be met.

Investors know Musk is in a widening black hole in Twitter and continue to sell off shares in his main company, Tesla. They dropped nearly 7% on Tuesday to fall under $US700 each ($US628.16 close) for the first time since last August.

At Tuesday’s close Tesla’s market value has almost halved from its high of $US1,243.49 a share.

That is now a serious headache for Musk and for those banks (and friends like Larry Ellison, the billionaire co-founder of Oracle and a supporter of Donald Trump) financing his business empire and his Twitter bid.