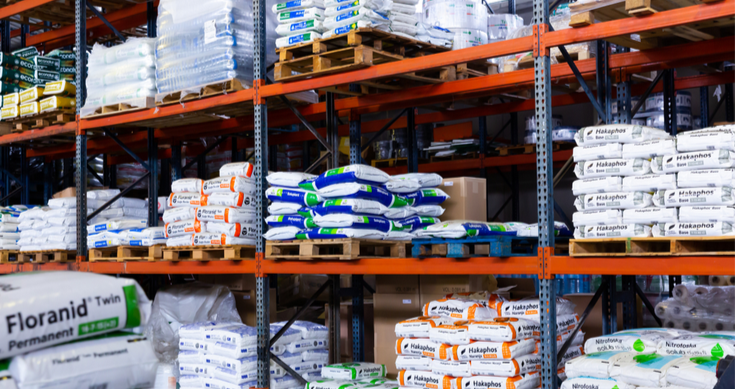 Incitec Pivot (IPL) is joining the now fashionable corporate ‘divorce’ trend by spinning off an important business into a separate company.

IPL revealed yesterday a plan to spin off its mining explosives division from its fertiliser business by the middle of 2023.

In doing so it is following a number of major Australian companies who have made similar moves in the past couple of years.

GrainCorp spun off United Malt, Wesfarmers did the same to separate Coles, Woolies listed its Endeavour Drinks and hotels business and Tabcorp yesterday spun out its lotteries and Keno business, now called The Lottery Corporation.

BHP’s spin-off of its huge petroleum business into Woodside (Now Woodside Energy) has been the largest of these ‘divorces.

The aim is to try and boost the overall stockmarket value of the two companies by forcing investors too judge them as separate businesses.

And yet as attractive as the idea supposedly is, IPL shares fell 3% yesterday to $3.60 which was a curious reaction given the rationale from the company.

IPL management said yesterday both will be provided with enough capital and other resources to function as standalone companies.

IPL says it will create two separately listed entities to be listed on the ASX.

News of the split came as IPL confirmed earlier guidance for a spectacular return to profit in the six months to March.

And interim dividend of 10 cents a share, fully franked will be paid. That’s the highest dividend declared by the company since late 2008 and is a considerable increase on the meagre 1 cent a share paid a year ago.

“The board sees significant value enhancement through the separation of two industry-leading businesses and brands,” he said.

“Our explosives and fertilisers businesses will continue to provide attractive exposure to the essential minerals and agriculture industries that are underpinned by important global megatrends.”

The decision comes around two years since IPL paused plans to sell off its fertiliser arm in 2020, suspending talks with would-be buyers amid deepening market uncertainty and pandemic-related travel restrictions.

CEO Johns said customers’ evolving demand for technology-driven solutions meant the two sides of the business had “minimal overlap” and the benefit of sharing an ammonia-manufacturing core had become less meaningful.

She said Incitec Pivot had strong financial capacity to provide the two proposed new entities with the capital structures to support investment and growth.

“Dyno Nobel has leading technologies and market positions in the most attractive mining markets in the world,” Johns said.

“Incitec Pivot Fertilisers has an unrivalled distribution footprint in the large and attractive agricultural sector in Australia and an exciting technology led future in soil health solutions and biofertilisers.”

Group earnings before interest and tax (EBIT) jumped sharply to $568 million for the six months from $110 million a year ago.

Part of the reason for that improvement was a sharp improvement in the contribution from Dyno Nobel Americas (DNA) which reported EBIT of $252 million, up $220 million “supported by improved volumes and technology driven margin improvements. DNA explosives sales improved across all sectors,” the company said.

The Waggaman plant (in the south of the USA) “production and efficiency was strong through to the unexpected outage in mid- February, with the plant continuing to perform well since the restart in April.”

The other side of the business – fertilisers saw EBIT surge to $257 million, from $20 million a year earlier “capturing the value of the commodity price upswing” with a “solid distribution performance, given pricing volatility, seasonal factors and ongoing investment in the distribution network>

“As previously announced, planning for the closure of manufacturing at Gibson Island at the end of 2022 is well underway, with increased fertiliser import capacity to support domestic customers,” IPL said.