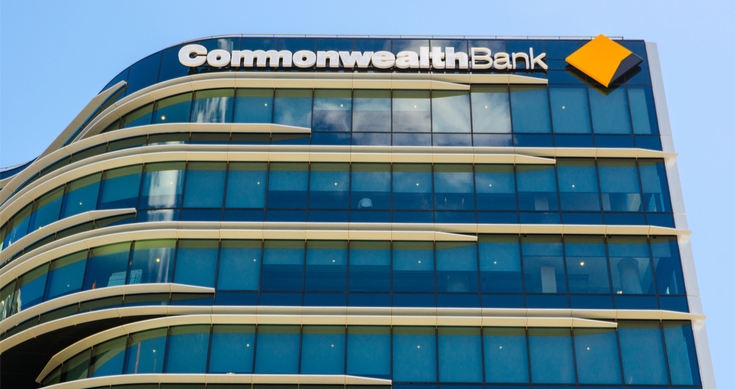 The Commonwealth Bank seems to be slowly but surely drawing away from the NAB, Westpac and the ANZ – each of which seems powerless to close the inexorably widening gap.

After its third quarter update on Thursday, the CBA is heading for full year earnings more than $9.5 billion. That was after reporting a solid but steady quarterly cash result of $2.4 billion (unaudited) for the three months to March.

The bank reported first cash half earnings of $4.75 billion in February and total cash earnings for 2020-21 of $8.61 billion last August.

With the $2.4 billion figure reported on Thursday, the bank is looking at 9-month earnings for around $7.15 billion – which would go close to topping the full year results from the NAB (an interim cash profit of $3.48 billion and probably just over $7 billion for the full year) and easily exceed those of the ANZ and Westpac (interim cash profits of around $3.1 billion each and full year’s around $6.2 to $6.5 billion).

The $7.15 billion in cash earnings for the 9 months to March is only a whisker away from the $7.3 billion the CBA made in 2019-20 (which included around five months impact from the pandemic).

By the time the full year figures are reported and analysed in November, the CBA could easily be heading for a $10 billion cash profit for the 2023 year and be the equivalent of six months of earnings ahead of its three peers – which in financial terms is daylight.

However, the CBA did book a small loan impairment benefit of $48 million due to improving economic conditions in the country.

The bank did not detail how rising Australian interest rates would impact business, unlike its rivals that this month which flagged a bump to profits from tighter central bank policy but remained largely cautious on costs.

CBA said its net interest margins (NIMS) – which compare funding costs with what it charges for loans – had been lower in the quarter, without providing a figure. It said stiff competition in mortgages continued to affect its margin. All the banks have noted another half year or so of contracting NIMS

Common equity tier one capital fell 9 basis points to 11.1% of risk weighted assets, reflecting the impact of $3 billion in dividend payouts and the next buyback of $2 billion.

For one of the prime ‘bad apples’ from the banking royal commission (along with the AMP), the CBA’s recovery has been remarkable.

The three rivals are being left behind, although the NAB’s rebound strategy under CEO Ross McEwan worked well in the latest half. So much so that the NAB is c clear Number 2 behind the CBA as Westpac’s woes have sidelined it.

The ANZ is still struggling with clearly weak efforts in home lending and Westpac has had to recover from poor publicity from money laundering claims (as did the CBA) and a perception that its much vaunted $8 billion in cost cuts by 2024 had gone off the rails.

Westpac’s half year results this week managed to assure investors that those cost cuts are back on track – 4,000 job losses in a few months is always an impressive claim and that’s what Westpac CEO, Peter King offered up on Monday.

But the profit-making machine that is now the CBA was underlined by its unaudited quarterly update – the ‘flat’ result of around $2.4 billion in a quarter is around 70% to 80% of what the other three reported for a half year.

Closing that sort of gap is hard at the best of times.

But look at this in a slightly different way – the CBA is worth as much as The NAB and ANZ are combined, and more than Westpac and ANZ combined.

The big four banks have in fact come off one of their better half-years for some time – and in the case of the Commonwealth, a very solid third quarter heading towards the June 30 full year close.

Earlier this week accounting groups PwC and EY pointed out in their usual post results analysis that:

“It was another good result that was the cleanest in years, without the notable charges, large restructures and disposals, as examples, that have made it hard to see the ‘forest from the trees’ over the past decade,” PWC noted.

“Higher earnings were the product of three key things including notable expenses that were negligible for the first time since before the Royal Commission and a significant credit provision write back, which enhanced earnings and helped reduce total provisions to the range of long-term averages.

This, it said was “driven dramatically by minimal notables, reduced expenses (both credit-related and operating) and healthy lending growth. As a result, they returned $14b to shareholders: $9.5b in dividends and $4.5b in buybacks. “

That was the third half in a row that shareholder returns have been at high levels after being held back in 2020 by restrictions imposed by regulators in the pandemic.

“Meanwhile lending grew, driven by balanced growth in both business and home lending”

“We are also entering an economic environment of inflation and rate rises that a generation of customers (and bankers) have never experienced. The immediate impact for banks is on costs, investment choices (scale) and productivity. The cost of living for banks is under pressure and they’ll have to work hard to contain it.

“Meanwhile, new opportunities for banks feel closer than ever. The decarbonisation of the world will redefine Australia’s economy and the banks are transforming to play their critical role. Technology is also disrupting existing processes and customer experiences, creating opportunities for the banks while potentially redefining how and by whom financial services are provided.

“Secondly, we are entering an economic environment of inflation and rate rises that a generation of customers (and bankers) has never experienced. While concerns for credit quality appear low so far, the immediate impact for banks is on costs, investment choices (scale) and productivity.

“Expenses, though down in the half (-2% half on half), appear to remain on an upward trajectory for the foreseeable future,” PwC said.

“The expense-to-income ratio remains just shy of 50% (ex-notables), a psychological threshold it has not breached in decades, and given the ~8,000 additional FTE hired in the past twelve months, in addition to inflation, which appears well underway, the cost of living for banks is under pressure and they will have to work extremely hard and make investment choices to contain it – existing transformations cannot let up,” PwC said.

EY also noted in its analysis that the $14.4 billion in combined cash earnings saw the return on equity across the big four banks increase by an average of 20 basis points from the 2021 half year, to 10.6%.

Tim Dring, EY Region Banking and Capital Markets Leader, Oceania said: “While margin compression is likely to continue in the short term, the rising interest rate cycle should ease NIM pressures and lead to improved profitability for the banks over the medium term.

“On the flip side though, rate rises coupled with strong inflation could also put pressure on asset quality and slow credit growth, and continued mortgage competition may also reduce margin upside for the banks. In the current economic environment, the only real certainty for the sector is uncertainty.”

One thing is certain, the CBA is now second only to BHP as the country’s most valuable listed company.