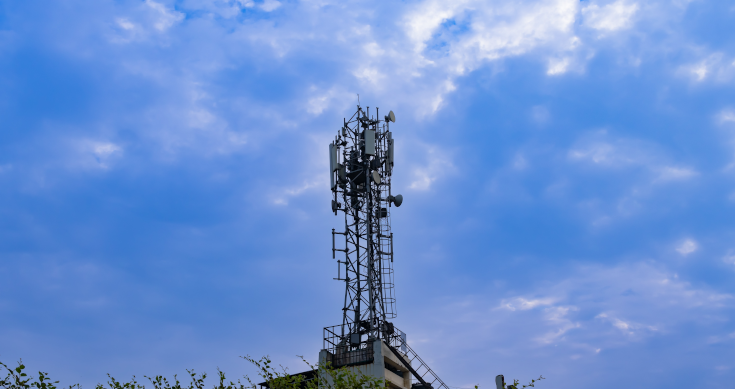 A bit of a rout on the local market in Monday’s trading session, but we managed to find a couple of stocks that bucked the trend, plus some news of further UK sanctions against Russia.

Vodafone Australia owner TPG Telecom Ltd (ASX: TPG) has confirmed it will sell all of its passive mobile tower and rooftop infrastructure to Canadian investor OMERS in a deal worth $950 million.

TPG told the market on Monday morning that the deal puts the enterprise value of the assets at $950 million and will bring in cash proceeds of $890 million, once transaction costs have been taken into account.

The net result to TPG will be a profit of up to $400 million, the company said in the statement to the ASX.

TPG said it will use the proceeds to pay down debt.

TPG Telecom CEO and Managing Director, Iñaki Berroeta, said: “We are delighted to have concluded the strategic review of these assets with such a strong outcome for TPG Telecom shareholders. The transaction represents competitive long-term financing, which will reduce our total financial leverage and deliver lower borrowing costs.

TPG said it will provide further details at the Company’s 2022 half-year results on August 19.

TPG said this was around 21% of its total mobile network footprint, the remainder of which is already owned and operated by other tower companies.

TPG shares rose 2.1% to $5.69. The market likes asset sales and a lot of cash coming in the door – it could mean capital management ideas down the track.

Even milk and other dairy products can’t escape taking a hit from the growing uncertainty in the global economy from high inflation, rising interest rates and the ripples from the Russian invasion of Ukraine.

New Zealand’s dairy giant Fonterra (ASX: FSF) on Monday trimmed the forecast range for the price it pays farmers for milk for the 2021-22 season as demand for dairy is hit by COVID-19 lockdowns in China, the Russia-Ukraine conflict, and the evolving economic crisis in Sri Lanka.

That will see the midrange for the payment fall to $NZ9.30 a kgMS from $NZ9.90. If that is the final range and midpoint, then it will still be the highest ever payment to its NZ dairy farmers by Fonterra.

China’s hard-line zero-COVID strategy has led seen extended retail shutdowns and hits to retail sales, while the crises in Ukraine and Sri Lanka have played a big role in cutting demand.

“Looking out to the rest of the year, global milk production is expected to remain constrained as high feed, fertiliser and energy costs continue to impact production in the Northern Hemisphere,” Fonterra CEO Miles Hurrell said in a statement to stock exchange son Monday

Hurrell said, however, that the company expects global demand and supply to be more balanced over the rest of the year. Fonterra shares edged 1% higher in a falling market to close at $2.55.

More UK sanctions are on the way on the Russian exports of key industrial precious metals, palladium and platinum.

The UK government announced Sunday that import tariffs on a range of products will be raised by 35 percentage points, while it will also ban exports of goods such as chemicals, plastics, rubber and machinery to Russia, worth a combined 250 million pounds ($US310 million).

The UK government will legislate for the new sanctions in due course, it said. Until then just how much platinum and palladium will be impacted.

The UK is an important market – not for industrial consumption (the car industry would be the major consumer, then jewellery) but for sales through the London Metal Exchange. The higher tariffs will likely divert Russian metal from London to Chinese markets especially.

Russia is a leading producer of platinum and palladium, as well as nickel, oil and gas.

British Chancellor (Finance Minister) Rishi Sunak said in the statement more than 4 billion pounds of goods would be subject to import and export sanctions, doing “significant damage to Putin’s war effort”. They are a third round of sanctions against Russia since the invasion of Ukraine in late February.