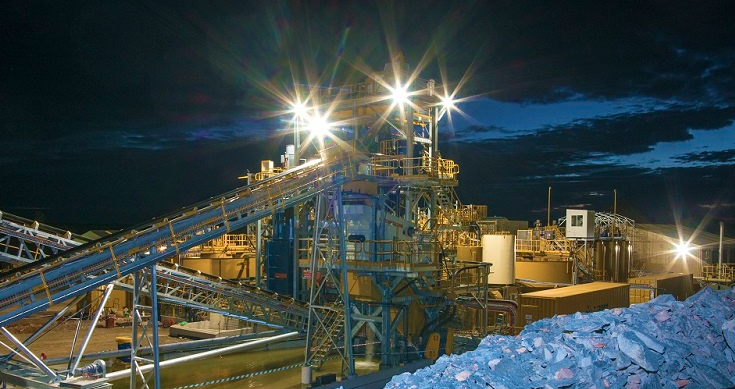 A new mine and a half for the booming Central West mining region of NSW.

The area is already home to major mines like Cadia of Newcrest and Lake Cowal of Evolution Mining and the older Cobar mine that Glencore is in the process of selling to an American investment company.

Now Aurelia Metals says the NSW government has given the green light for it to expand its existing Peak gold and base metals operation (up to 2035) at a cost of $65 million.

Under the new development Aurelia will be allowed to amalgamate the existing approved underground mining of the Chesney and Jubilee deposits, and development of new underground workings at the Great Cobar and Gladstone deposits.

“The approval allows the establishment of a new underground mine at the Great Cobar copper-gold deposit increasing the Company’s exposure to a critical, future-facing commodity experiencing significant demand and record prices,” Aurelia said in a statement to the ASX on Monday.

Aurelia said the approval follows the release in January of a Pre-Feasibility Study (PFS) for the Great Cobar project which supported the development of a new satellite mine based on initial mining at Great Cobar with a maiden 840,000 tonne Ore Reserve to offset mining depletion at Peak.

The $65 million investment in the underground mine includes sustaining 400-plus jobs at the Peak operations and an additional 140 jobs during the construction phase.

Aurelia said expects it will commence development of the Great Cobar exploration drive in middle of this year, “which will enable the Company to conduct underground exploration and resource drilling to target the upside potential of the deposit that has already been supported by the recent deeper drilling results that post-date the PFS findings.”

“Aurelia has reached a critical milestone in our strategy to optimise our assets through extending mine lives, as well as positioning the Company as ‘copper ready’ – a commodity that will be the foundation in a global shift to towards a decarbonised society.

“Our team has done a great job in bringing the project online at a time where copper prices are collecting more than US$9,000/tonne. We are also excited by the fact Aurelia is one of the only producers in the region to bring a new copper deposit into production in just two years’ time – a catalyst that will deliver significant value for our shareholders and stakeholders, in particular the communities where we operate,” he added.

In the 2020-21 June financial year Aurelia produced 103,634 ounces of gold at a Group all-in sustaining cost (AISC) of $A1,337 an ounce. Both the Peak and Hera mine (nearby in the central west of NSW) cost bases benefit from substantial by-product revenue credits from base metal production (including zinc, lead
and copper), according to the company’s statement to the ASX.

Oddly investors didn’t like the news – the shares fell more than 5% to 37 cents.

Must have been the $65 million mentioned in the statement and the fact that the company wants to grow its business.