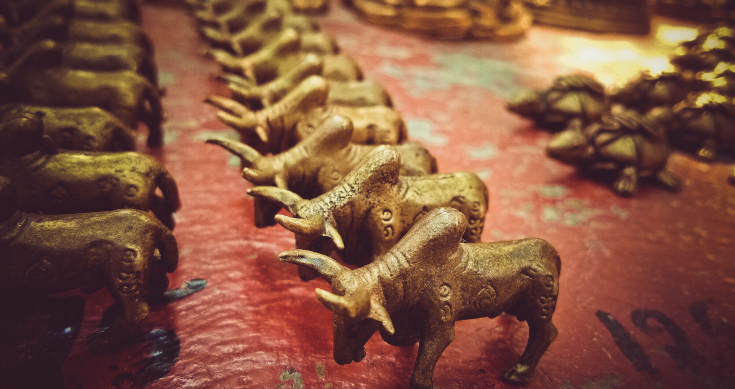 Newcrest Mining has lifted its 2021-22 gold production guidance slightly, revealed an increase in gold output for the three months to March but warned of continuing pressure from Covid and rising costs here and its mines in PNG and in Canada.

The revised estimates were promised in March when the company took control of Pretium Resources and its rich Canadian gold mine, Brucejack.

Now the March quarter production and exploration reports have fleshed this out and hinted of a much larger revision for the year starting July 1 when Newcrest will have a full year’s ownership of Brucejack and an expected 300,000 ounces a year extra output to report.

Based on 9 months figures, the higher gold price and late lift in gold output will help offset an overall weakness in production of gold, silver and copper so far in 2022 compared to the 2021 financial year.

Newcrest said third quarter gold production was 10% higher at nearly 480,000 ounces from December thanks to higher mill throughput at Cadia following completion of a grinding mill motor replacement and upgrade in the December quarter.

The recovery at Cadia and the addition of 17,000 ounces of production from Brucejack following completion of the transaction on March 2022, and improved gold head grade and recovery at Lihir in PNG helped improve what was a weak position at December 31.

Lihir, though, is now forecast to produce at the bottom of its forecast range at around 700,000 ounces for the year to June.

The new group forecast though will still see output fall short of the 2.093 million ounces produced in 2021 and less than 2019’s 2.171 million ounces. But with Brucejack up to speed, 2022-23 should see a significant rise in gold output.

On the expansion of its key Australian mine at Cadia in NSW, Newcrest said the two-stage Cadia Expansion Project is on track for completion during the September 2022 quarter with key activities well progressed including the development of Panel Cave 2-3, increasing mill capacity to 35 million tonnes a year, improvements to enhance gold and copper recovery, and other associated infrastructure.

But Newcrest warned that while the project remains on track, “Covid-19 related disruptions continue to impact resourcing and costs remain under pressure due to inflation.”

Meanwhile Newcrest’s March quarter exploration report has revealed significant (and in some cases rich) assays for drilling campaigns across the Havieron project in WA, the Red Chris and Bruce Jack mines in Canada

CEO Sandeep Biswas said in the report that the company saw “exceptional drilling results at Brucejack following completion of the Pretium transaction in March 2022.”

“Brucejack is very early in its mine life and offers significant exploration upside with the land package largely unexplored. The drilling results confirm the significant upside potential adjacent to and beyond the Valley of the Kings deposit with high grade intercepts identified in a number of targets outside of the current resource.

“The results at our East Ridge discovery at Red Chris continue to expand the higher-grade footprint of the mineralised corridor, with the strike extents of this prospect remaining open to the east and at depth. Havieron also continues to deliver encouraging results, with several high-grade drill results in target areas including the Eastern Breccia that sit outside of our Inferred Mineral Resource estimate.” said Mr Biswas.

As an example of the richness of the new holes at Brucejack, Newcrest detailed several drillhole assays.

Newcrest said drilling at Havieron in the Eastern Pilbara/Patterson Province area (near the company’s Telfer mine) had established that the mineralisation extends 250 metres (at least) below what was thought to be the lower limit (at depths of 1,400 metres or more). Other holes reveal more shallower areas of mineralisation (gold and copper) which extends the area of interest.