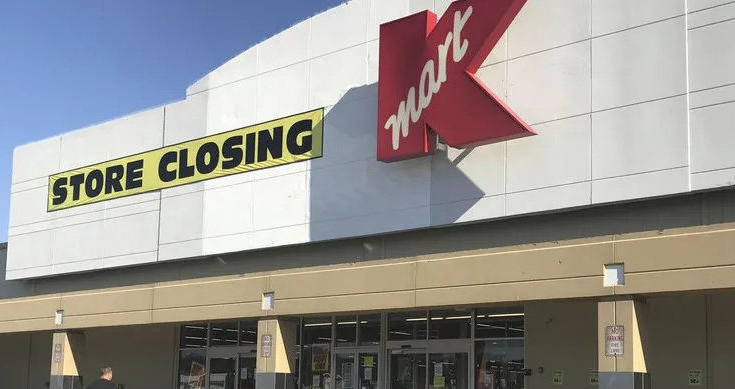 1962 was a signal year in global retailing because that’s when the first Kmart was opened followed a few months later in Arkansas by Walmart as well as the then Target division of Dayton’s department store chain which is now known as Target.

Fast forward sixty years. Walmart is an absolute giant, having fought off the online upstart Amazon. Target is the 6th biggest US bricks and mortar retailer. And Kmart?

It is now down to just three stores in the US after the 4th closed just before Easter. Kmarts continue to operate in Westwood, New Jersey; Bridgehampton, on New York’s Long Island, and Miami.

The pandemic had nothing to do with Kmart’s slow US death – it was gone well before early 2020. Nor can the likes of Amazon be blamed because it’s rapid growth merely added to the problems already existing at the stricken retail giant – best known to many for its famous Blue Light Special when a flashing blue light somewhere in a store could trigger a surge of shoppers and a buying frenzy.

The Kmart in Avenel, New Jersey (20-odd kilometres from New York City), was picked over by bargain hunters as the store prepares to close its doors for good Easter Saturday, April 16.

For the best part of more than two decades, Kmart has struggled to compete with Walmart’s low prices and Target’s edgier product offerings and Amazon’s growing clout, plus super cheap operators such as Costco.

Kmart filed for Chapter 11 bankruptcy protection in early 2002 — becoming the largest US retailer to go broke — and announced it would close more than 250 stores.

A few years later, hedge fund executive Edward Lampert combined Kmart with the struggling remnants of America’s legendary Sears chain and pledged to return them to their former greatness.

But weak sales, the GFC and recession and the rising remorseless rise Amazon ended those ambitions.

At its peak in the 1990s, Kmart operated about 2,400 stores and employed 350,000 in the United States and Canada. Its brands once included PayLess Drug Stores, the Borders bookstore chain and Sports Authority.

According to a report by the Associated Press, Mark Cohen, director of retail studies at Columbia University in New York and former CEO of Sears Canada weighed in. Trying to compete with Walmart on price was a foolish strategy, he said, and Lampert was criticised for not having a retail background and appearing more interested in stripping off the assets of the two chains for their cash value.

“It’s a study in greed, avarice and incompetence,” Cohen said. “Sears should have never gone away; Kmart was in worse shape, but not fatally so. And now they’re both gone.

“Retailers fall by the wayside sometimes because they’re selling things people don’t want to buy,” he continued. “In the case of Kmart, everything they used to sell, people are buying but they’re buying it from Walmart and Target.”

In Australia, Kmart and Target have reversed roles – both are owned by Wesfarmers and Target is the laggard and has been for years, even when owned by Coles Myer. Kmart is the success story.

Kmart in Australia emerged from a joint venture between G.J Coles & Coy Limited (Coles) and the S.S. Kresge Company which was the company that operated Kmart stores in the United States. Kresge owned 51% of the JV and Coles owned the remaining 49%, together they began to develop Kmart stores in Australia in 1968.

Coles took over Myer and created a retailer that lost its way and went through senior executives and boards as something of a plaything, as didx retailing formats and ideas. Wesfarmers finally bought Coles Myer in 2007 and took stock and realised it had bought a series of retailing turkeys and poorly funded formats with a possible future (Kmart, Officeworks for instance).

Kmart was a laggard until former McDonald’s executive Guy Russo was hired by Wesfarmers to turnaround the struggling department store chain in 2008 when it was on the edge of bankruptcy.

That’s what he did, and by 2010 he had turned it into the most successful department store chain in Australia.

When he stepped down in 2018, Kmart stumbled as Target was also lagging, forcing Wesfarmers to merge the two into the same division – Kmart provides the growth and shelters Target while Wesfarmers tries to turn it around.

Walmart and Target in the US continue to support the idea that department stores have a future – but they are not like traditional department stores – like the Myer, David Jones here in Australia or the likes of House of Fraser, Debenhams and Marks and Spencer in the UK.

In the US, more traditional department store chains like Macy’s, Nordstrom and Kohl’s continue to operate – with fluctuating fortunes. All survived the pandemic and the huge hit it delivered to retailers of all types.

Kmart (and its dying partner Sears) simply got left behind by the rise of the digital world and the likes of Amazon and other online retail ideas such as Apple’s Stores, of which there are 245 in the US alone and another 28 in Canada.