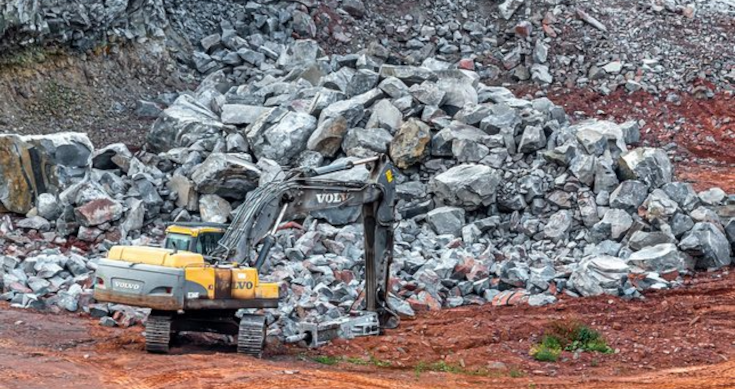 On the face of it, the status-quo result of Serbia’a Sunday elections has produced an outcome that won’t make Rio Tinto happy about the future plans for its $US2.4 billion Jadar lithium project in that country.

Rio Tinto is seeking to develop the $US2.4 billion Jadar mine in western Serbia as part of its global move into lithium, specifically to supply the huge European car and battery markets.

Lithium is a key a battery raw material that is in increasing demand as carmakers roll out millions of electric vehicles containing lithium-based batteries in coming decades.

The Jadar project had been facing intensifying local opposition in Serbia and large-scale protests in recent months, with campaigners urging the government to cancel the project amid concerns about the potentially harmful environmental impact of mining in the mostly agricultural region.

The decision to revoke Rio Tinto’s licences was thought by some to be a stalling action by the Serbian government ahead of Sunday’s general election and presidential poll.

The revocation of Rio’s permits saw the mine issue disappear from the election campaign, which is probably what the government wanted to see.

The government originally approved the mining project before environmental activists seized on Jadar as an election issue.

Prime Minister Ana Brnabic is from the same party as the President.

The election saw President Aleksandar Vucic declare victory, after pollsters Ipsos and CeSID predicted that the incumbent leader would win 59.8% of the votes.

Zdravko Ponos, a retired army general representing the pro-European and centrist Alliance for Victory coalition, was second with 17.1% of the votes.

Vucic’s Serbian Progressive Party (SNS) is forecast to win the most votes in Sunday’s parliamentary election, with about 43%, followed by the United for Victory of Serbia opposition group with about 13%.

There have been reports Rio Tinto has kept a low profile since January but continued to buy land in and around the mine site in the west of Serbia.

Rio has already spent more than $US450 million on pre-feasibility and other studies for Jadar, developing technology to economically extract lithium from jadarite and it even shipped a pilot lithium processing plant last year to Serbia.

The Jadar lithium project was planned to be Europe’s biggest lithium mine and processing operation with a production of 58,000 tonnes of refined battery-grade lithium carbonate a year.

Last week Rio completed the purchase of the Rincon lithium project in Argentina for $US825 million, which has reserves of almost two million tonnes of contained lithium carbonate equivalent, sufficient for a 40-year mine life.

That seems to have been insurance against being frustrated in Serbia, but the tenor of some post poll comments from European analysts suggest a ‘watch this space’ stance might be better for Jardar for the next few months.