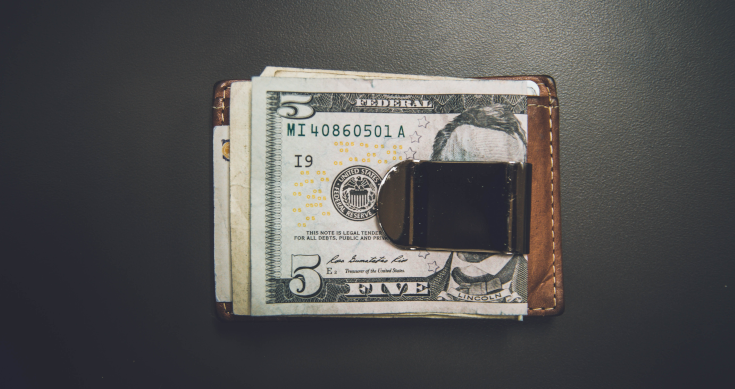 After much anticipation, the US Federal Reserve has raised its Federal Funds target interest rate from a range of 0-0.25%, where it’s been for the last two years since the pandemic started, to the range of 0.25-0.5%. 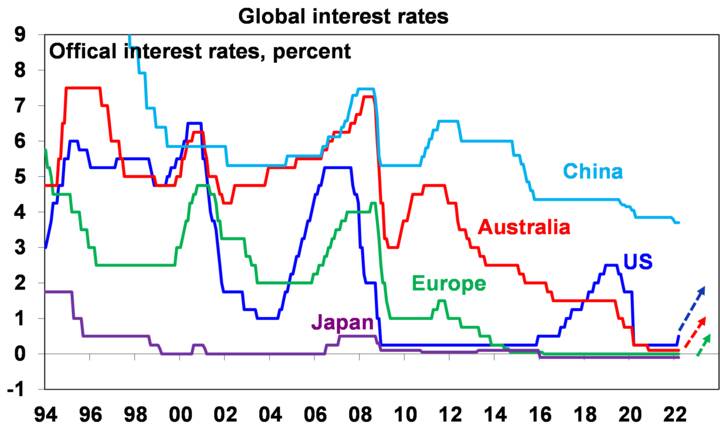 Central banks in various countries including Korea, Norway, NZ, the UK and Canada started raising rates in the last six months as economies recovered, labour markets tightened, and inflation surged in response to supply constraints. The Fed has been flagging the start of rate hikes for this year for six months and started warning of a move in March early this year after inflation kept surprising on the upside. So the move was fully factored into financial markets with US shares actually rallying on positive Fed comments on US economic growth.

The so called median “dot plot” of Fed officials interest rate expectations has now moved up to seven 0.25% hikes this year from three in December and while the Fed sees uncertainty flowing from the war in Ukraine its now more focused on controlling inflation, seeing the US economy as strong. 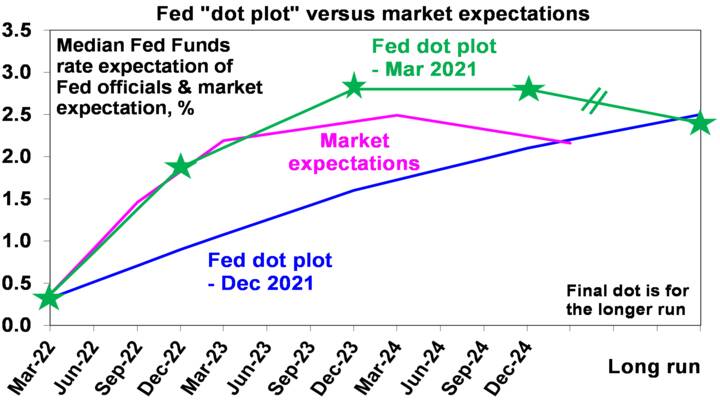 The Fed also signalled that it will likely start Quantitative Tightening (ie, running down its bond holdings – to be achieved by not replacing bonds as they mature) as soon as May.

The reasons for the hike are simple and are the same as seen in other countries. Economic activity has recovered, the labour market is very tight with unemployment at 3.8% consistent with the Fed’s aim of maximum employment, inflation is at a 40-year high and core inflation is at 6.4%yoy and it’s still rising.

From a broad cyclical perspective, the Fed joining other central banks in starting to raise interest rates should not be a major concern for investors. But its yet more confirmation that we have moved into a more constrained and volatile phase of the cycle for shares. A typical cyclical bull market has three phases:

What does it mean for investment markets?

Of course, we don’t always make it to investor euphoria, but (abstracting from the uncertainty flowing from the war in Ukraine), we are likely in Phase 2 of the investment cycle. Monetary support is diminishing & we are now more dependent on earnings growth. This shifting of the gears from the Phase 1 valuation driven gains typically sees some slowing in share market gains and more volatility. Against this background: 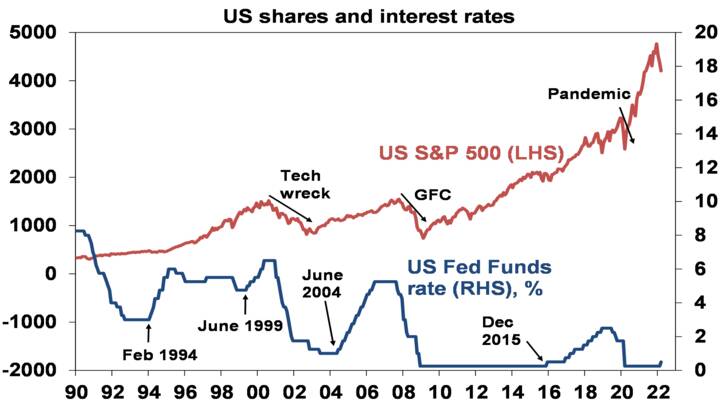 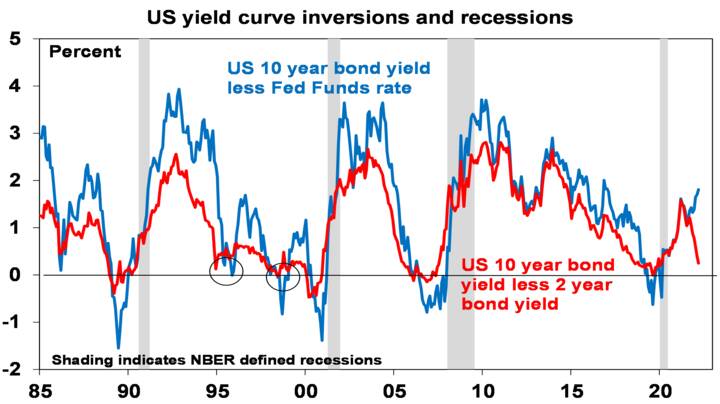 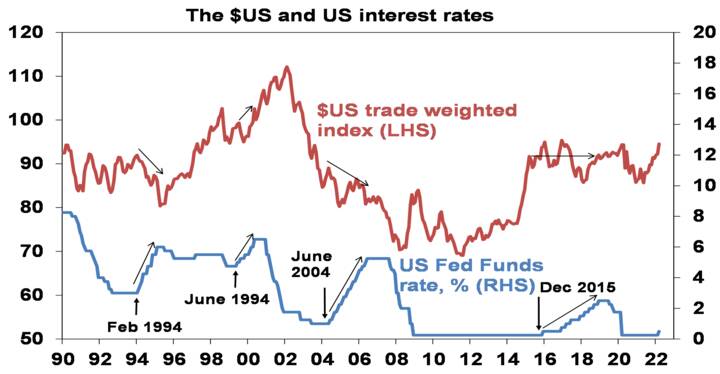 In summary, while the Fed’s move to raise rates is consistent with volatile and constrained share market returns ahead, it’s not necessarily consistent with an end to the bull market (or at least the start of a deep bear market) as monetary policy is far from tight and unlikely to be enough to drive a US recession. This is more of a risk for 2024 than for 2023 or 2022.

While past experience suggests little reason to be too concerned by the first US rate hike, there are two main risks:

Provided the conflict in Ukraine does not expand to include Russia directly at war with NATO forces, Russian gas and energy to Europe is not cut off and recovery in production from the pandemic can continue (albeit with periodic setbacks as in China at present) then some pressure may come off inflation (and hence central banks including the Fed) later this year.

Impact on Australian interest rates & the $A

The RBA will soon follow the Fed in starting to raise interest rates. We expect the first hike to come in June taking the cash rate to 0.25%, with three hikes in total this year taking it to 0.75% by year end. This is not because the Fed is raising rates. As the first chart shows the link between US and Australian rates has been tenuous in recent times with the RBA hiking in 2009-10 when the Fed did nothing and the RBA cutting or on hold when the Fed raised rates over 2015 to 2018. They only move together if there is cyclical alignment and this year there is, with both the US and Australia recovering from the pandemic and seeing rising inflation. However, Australian interest rates are likely to rise less than US interest rates reflecting lower inflation in Australia and the start of a downturn in Australian property prices which will dampen the pressure to raise rates much. This means the gap between Australian and US interest rates will likely go negative.

While a decline in the short-term interest rate gap between Australia and the US normally puts downwards pressure on the value of the $A this is likely to be more than offset by strong commodity prices which is being accentuated by the war in Ukraine. As a result, unless there is a global recession, we continue to see the $A rising over the next year.