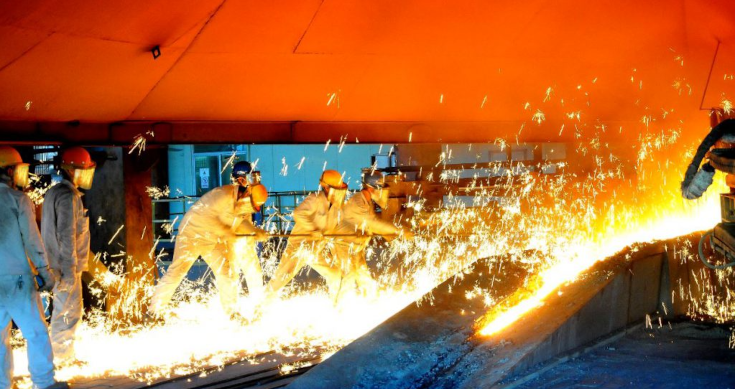 Nickel Mines shares shares lost nearly 5% on Wednesday after earlier going into a trading halt in the wake of a massive 22% selloff for no apparent reason.

Analysts quickly worked out the why – the involvement of the company’s Chinese partner in an Indonesian nickel plant in a huge $US8 billion plus potential loss on the London Metal Exchange as prices of the metal soared and then trading was halted until at least Friday.

Tsingshan Holding Group, China’s and the world’s biggest nickel processor has been linked to the explosion in nickel prices on Monday and early Tuesday on the LME that saw the exchange halt trading in the metal after prices doubled to an all-time high of more than $US101 a tonne. The price settled back to around $US71,000 a tonne when the suspension was announced.

Nickel prices had leapt 61% on Monday in the wake of a growing understanding of the impact of western sanctions on Russia, which produces 10% of world nickel output of close to 2.5 million tonnes a year.

Analyst and media reports said Tsingshan had taken a 300,000-tonne position in nickel late last year at prices up to $US18,000 a tonne and got caught when a hedging position went bad in the wake of the LME changing the rules on what are called ‘backwardation positions’ (when the current price of a commodity like nickel or copper is higher than the futures price.

Usually futures markets trade in a contango position when the futures price are higher than the current price and companies like Tsingshan merely roll their positions forward making small but steady profits while protecting their position. It seems Tsingshan got caught when nickel prices moved quickly from contango to backwardation and it couldn’t set new positions.

This happened in the wake of the Russian invasion of Ukraine. Last Friday, the LME moved to limit backwardation positions because it was starting to destabilise the market and also changed delivery rules for physical metal delivery by allowing those being forced to to delivery actual metal, to spread that settlement out over time, thereby keeping as much inventory in LME warehouses as possible

A combination of the surge in prices on Monday and Tuesday especially and these limits seem to have been the final straw for Tsingshan Holding Group, China’s biggest nickel processor which is now facing billions of dollars in trading losses after the unprecedented surge in prices in the past week or so, culminating with this week’s enormous rise.

But on Wednesday afternoon, Nickel Mines told the ASX it was confident its Chinese partner was OK. Nickel Mines said it has talked to Tsingshan executives and said its many joint venture projects “are unaffected” and so is its investment in the SAX listed group (The Indonesian nickel processing venture).

“Tsingshan’s operations remain robust and unaffected with the group having strong confidence in its ability to manage its current market position,” the Nickel Mines’ ASX statement said.

“Tsingshan have firmly assured the company that they have no intentions of selling any shares that it holds in the company.”

That comment helped the shares recovery much oif the earlier loss and the shares ended down 4.7% at $1.405.

Tsingshan subsidiary, Shanghai Decent, subscribed for $US26 million worth of its shares in April 2018.

According to Nickel Mines’ most recent annual report, Shanghai Decent has an 18.7% stake

“In 2021, Nickel Mines has also acquired an 80% interest in the Angel Nickel project, comprising of four 54 KVA RKEF lines and a 380MW power plant, currently being constructed at the Indonesia Weda Bay Industrial Park (‘IWIP’).

“Additionally in December 2021 Nickel Mines announced the signing of a Definitive Agreement with Shanghai Decent to acquire a 70% interest in the Oracle Nickel project, a development project comprising four RKEF lines with annual nameplate capacity of 36,000 tonnes of nickel and ancillary facilities.

“Oracle Nickel will also separately undertake the construction of a 380MW captive power plant. The transaction received shareholder approval at a general meeting of shareholders in January 2022 and the Company completed an initial 10% acquisition of Oracle Nickel in February 2022.”