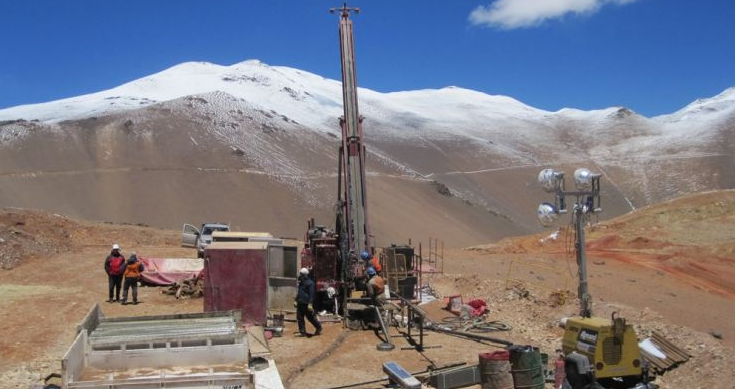 BHP has found another Canadian explorer it likes which has a huge emerging copper, gold silver deposit in a country BHP also likes – Chile.

And the target is part-owned by one of Canada’s biggest mining groups which already has a major mining operation exploiting ore that seems similar to that at the prospect BHP is buying into called Filo del Sol.

A month or so after dropping out of the battle for Noront Resources – which was won by Andrew Forrest’s Wyloo Metals, Filo Mining says BHP will subscribe for 5% of its capital at a $C100 million cost.

The agreement allows BHP to build that stake to 9.9% and leaves the Big Australian with considerable options so far as one of the best new copper/gold/silver prospects in the world at the moment.

Filo is controlled by the Canadian based resources group, Lundin Mining Corp, based in Toronto.

Under the terms of the investment, Filo Mining will issue 6.27 million shares to BHP Western Mining Resources International at $C15.95 per share. Filo shares closed last Friday at $C14.30, valuing the company at $C1.64 billion. BHP’s investment effectively lifts that to around $C2 billion.

BHP’s money will be handy – the company only had around $C28 million in cash on hand last November.

Vancouver-based Filo said it will use the proceeds for exploration and development of its Filo del Sol project, working capital, and general corporate purposes. The prospect straddles the Chile-Argentina border.

BHP controls the huge low grade Escondida copper mine in northern Chile as well as the Spence and Cerro Colorado. Filo del Sol is south of Escondida in Chile’s Atacama Desert.

BHP is also the biggest shareholder (13.5%) in the Brisbane-based but London-listed SolGold which controls the huge Cascabel copper deposit in Ecuador.

Filo said drilling will continue at Filo del Sol throughout 2022 with proceeds raised from the Private Placement supporting ongoing exploration and development activities.

“Drilling will be a combination of step-out holes to further test the extent of the sulphide mineralized zones, and resource definition holes to provide a better understanding of the deposit geology and grade distribution.

“Data collected from the drilling will be used to advance the comprehensive geological model which will guide further exploration and project development.  The Company is planning to have eight drills active on the Filo del Sol Project by the end of February 2022. Assay results will be released as they are received, analysed, and confirmed by the Company,” Filo said.

The deal is set to close on March 11.

Filo del Sol hosts a high-sulphidation epithermal copper-gold-silver deposit in Chile that it says is associated with a large porphyry copper-gold system.

In January Filo revealed that new drilling on the prospect had found new areas of copper and silver mineralisation.

“The intersection reported here lies completely outside the current mineral resource and the high-grade zone remains open to the west, east, north and at depth,” Filo said in the January filing in Canada.

The silver zone encountered by sits completely outside the current mineral resource. It is open in several directions. So far 5,000 metres of drilling have been completed,” Filo said in the filing.

According to Lundin Mining Corp the Filo del Sol project is expected to be an operation of around the size of its 80% owned Candelaria mine in Chile.

Candelaria’s mines – open cut and three underground – are in the same region of Chile – the Atacama Desert and is huge – it has at the moment, Lundin reports 600 million tonnes of ore grading 0.95% copper, 3.84 million oz of gold and 576 million oz of silver.

The open cut produces more than 300,000 tonne rock a day including around 45,000 of mineralised ore. The underground mine produces around 14,000 tonnes a day. The company further processes its overburden to boost grades.

The mining grade in the open cut is currently 0.49% copper and the underground mines is around an average of 0.85% copper.

Lundin is considering doubling daily production from the underground mines with a decision due in 2022.

Lundin Chair Lukas Lundin has said in the past that building Filo del Sol will cost between $US4 billion and $US5 billion.

Filo Mining is part of the Lundin Group of Companies of Canada which owns and operates mines in Sweden, United States, Chile, Portugal and Brazil that produce base metals such as copper, zinc, and nickel. Its global HQ is in Toronto.

In addition, Filo and BHP have agreed to form a joint advisory committee to share expertise, exploration concepts, and discuss future project development.

Even though Lundin controls Filo through a large minority 34.5% holding, BHP’s aim isn’t to replace the Canadian group – it is looking to joint venture Filo and bring its huge financial strength to the development cost and mine planning (based on its trio of existing mines in Chile).

BHP would want to be the operator – it is at the three existing mines and Lundin has its plate full at Candelaria and several other developments.

Interestingly Newcrest has a $US250 million join venture with Lundin Gold that includes a royalty sharing scheme that helped bring the Fruta del Norte mine into production three years ago. That mine is in Ecuador.

And finally, nothing much has been heard from BHP about a 2020 link up witha nother Canadian company, Midland Exploration in the hunt for nickel in Quebec.

Midland is a gold, platinum group elements and base metals explorer in Quebec. Under the agreement, BHP will fund the entire exploration, up to $C1.4 million for at least two years while Midland acts as the operator.