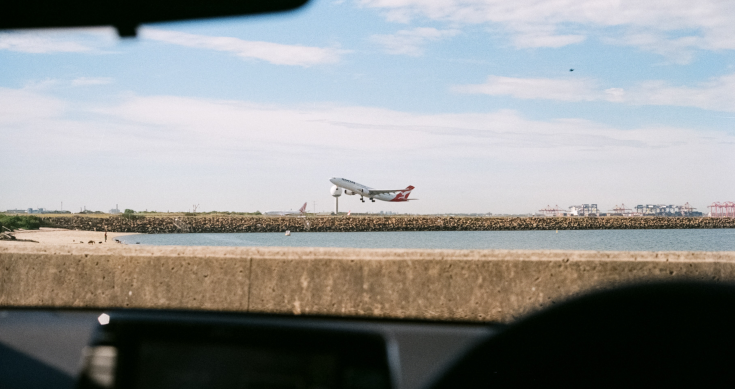 At least Qantas doesn’t fly to Russia or Ukraine, unlike many of its European peers, meaning it doesn’t have as big a disruption to its recovery plans as the likes of BA, KLM, Lufthansa, Ryanair and their peers are facing.

But it has battled Covid in all its forms and its varying impact on the airline’s business here and offshore.

And that has seen credit rating group Moody’s again give strong support to Qantas’s efforts to remain in business, despite continuing high levels of debt and delays to full flying.

The airline reported weak results for the first half of fiscal 2022, which Moody’s said were expected because of Australia’s closed international border and the effect of COVID-related lockdowns.

But the ratings agency took heart from details in the report and the airline’S comments about debt reduction.

Moody’s said “Qantas’ prioritization of its $A400 million net debt reduction to $A5.5 billion and management’s expectation of additional debt reduction in fiscal 2022 is credit positive.”

Moody’s said the airline expects to reach the bottom half of its net debt target of $A4.4-$A5.5 billion as conditions improve in fiscal 2023 (starting July 1).

“The sale of land in Mascot, near Sydney Airport, and strong cash contributions from the airline’s Qantas Loyalty and Freight division, drove the debt reduction in the first half of fiscal 2022,” Moody’s said.

“The recovery program is running ahead of schedule at AUD840 million, with around AUD400 million in costs taken out of Qantas Domestic and AUD300 million out of Qantas International to date.

“Although balance-sheet repair will continue in the second half of fiscal 2022, the outbreak of the coronavirus’ Delta variant and effects of the Omicron variant from December 2021 delayed EBITDA and cash flow improvements and the return of net debt/EBITDA to within our ratings threshold of 2.5x for Qantas’ rating. We now expect the company to reach 2.5x net debt/EBITDA by the end of fiscal 2023.”

Moody’s pointed out that with cash of $A2.7 billion and committed undrawn facilities of $A1.6 billion and additional $A2.4 billion in unencumbered assets “leaves Qantas very well positioned in light of the current positive outlook for the resumption of travel.”

“The high net debt/EBITDA for fiscal 2022 is factored into the rating we have assigned the airline and we will accept this excess leverage because of Qantas’ strong liquidity, business strength and financial policy, under which we assume that debt reduction will remain a key focus until balance-sheet strength is restored.

“Before the pandemic, Qantas had prioritised balance-sheet strength and liquidity despite very strong earnings; the coronavirus outbreak has shown the benefit of this prudence. Therefore, we believe that management and shareholders will want to see Qantas return its credit strength to be comfortably positioned within the parameters set for its Baa2 rating to ensure it is well positioned for any future shocks,” Moody’s said.

Qantas shares closed steady at $5.11 yesterday, up 8 cents from the end of trading on February 23 when the weak interim figures were released.