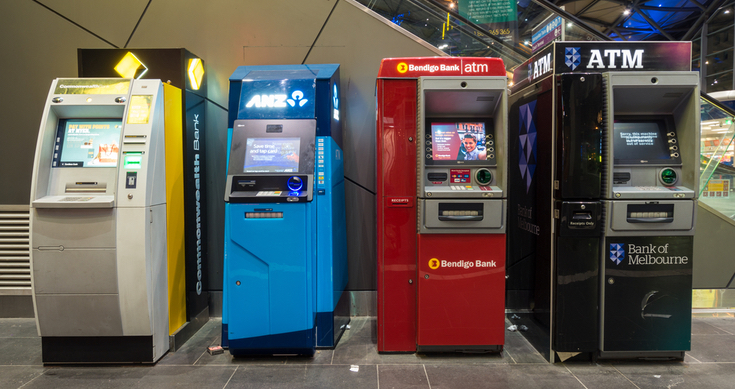 ANZ and CBA were both in the news on Tuesday as the former made some key personnel moves and the latter offloaded an asset, raising expectations for further capital management programs.

Did we glimpse a CEO-in-waiting for the ANZ? That question has arisen after the ANZ restructured its Australian retail operations under a new digital division that will report directly to CEO Shayne Elliott.

The move comes as the country’s 4th ranked major looks to jazz up the flagging performance of its home lending and retail banking businesses. To do so it is going to an executive with digital experience outside banking.

The ANZ announced that it had appointed former Google Australia managing director Maile Carnegie to head up its Australian retail business as part of the new digital division.

Ms Carnegie will replace ANZ’s retail bank executive Mark Hand, who has taken the fall (and the blame) for failing to adequately prepare the bank for the pandemic-driven home lending boom that saw the bank lose market share due to an over-reliance on manual processing of loans from brokers and not digital (via online and apps).

Under the changes Ms Carnegie will report to bank CEO Shayne Elliott as she oversees the integration of the ANZ’s retail and digital divisions (which will include the venture capital business ANZx).

Mr Elliott said bringing the two teams under the same roof would position the bank for the future and improve the bank’s customer experience.

The revamp will result in the the roll-out of ANZ Plus, which Mr Elliott described as a “critical foundation in our digital transformation as we look to improve the services we provide our retail customers in Australia”.

“It is a digital-led retail banking proposition centred on the financial wellbeing of our customers” he said in a statement to the ASX.

“Maile Carnegie is the right leader to take this business forward. She has brought a difference perspective since joining our executive committee in 2016 and made a significant contribution in reshaping our digital offerings, particularly with ANZx,” he added.

Mr Hand will assist with the establishment of ANZ’s new commercial division, before exiting the bank at the end of the year. Mr Elliott praised his tenure as “tremendous service to ANZ over many decades”.

“In discussing these changes with Mark, he felt it was the right time to pursue opportunities outside of ANZ and we know he will be successful in whatever he decides to do next.”

“Mark will fortunately still be with us for the next few months as he works with me to establish our new commercial division,” Mr Elliott said.

Mr Hand said he was “incredibly proud” to be part of ANZ’s history over the past 30 years.

Meanwhile, investors pushed shares in the Commonwealth Bank back above $94 yesterday amid rising raise expectations for another buyback.

The shares rose 1.45% at $94.82 on the investor hopes for a buyback, either on top of the existing $2 billion one announced last month after or that buyback being expanded later in the year when the bank reports its full year figures in August.

This was after the CBA revealed that it had entered into a binding sale agreement to sell a shareholding of 10% in Bank of Hangzhou Co. Ltd. (HZB) to the Hangzhou Municipal Government.

The Bank said total gross proceeds expected to be received by CBA following completion of the Transaction are approximately $1.8 billion and the CBA says the sale will result in a post-tax gain of around $340 million.

The sale will boost (on a proforma basis), the bank’s top capital (CET1) by around 35 basis points. At December 31 the bank had a CET1 (Common Equity Tier 1) capital ratio of 11.8%. The sale will take that back to around 12.15% before any contribution from the bank’s operations in the June half.

CBA said on Tuesday it has agreed with HZB to retain its remaining shareholding in HZB of approximately 5.57% until at least February 28, 2025 (“subject to certain exceptions, including if the Transaction is terminated prior to completion”).

CBA CEO, Matt Comyn, said in the Tuesday statement that: “the partial sale of our shareholding is consistent with our strategy to focus on our core banking business in Australia and New Zealand.”

“Our ongoing shareholding in HZB following completion of the Transaction will enable us to continue to support its development as one of China’s leading city commercial banks, and complement our relationships in the region.”

“The residual 5.57% shareholding will now be treated as a strategic equity investment, with gains and losses recognised within the Statement of Comprehensive Income. As a result, the Group will no longer recognise its share of HZB profits within other banking income, which over the past three financial years has averaged approximately $200 million revenue per annum,” the CBA said.

The current buyback is due to start on March 21 and end next February. The extra capital from this sale and from operations this half could easily see that $2 billion figure boosted later in the year if conditions allow.