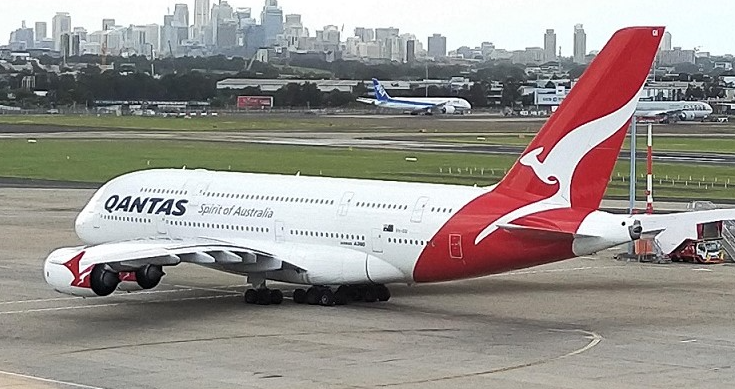 Another big loss for Qantas in the six months to December as the company’s plans for a return to normal business in the half were again disrupted by Covid – both Delta and Omicron waves which rolled along the East Coast and are now infecting WA.

The large underlying loss was however trimmed considerably on a statutory profit basis.

Qantas sold prime land at Sydney Airport for $802 million late last year which cutting its net loss for the half from $1 billion to $456 million.

Qantas CEO Alan Joyce said the airline continued to deal with the “twists and turns” of the pandemic.

“In all honesty, it’s been a real rollercoaster,” he said.

“Just as domestic travel was returning to pre-pandemic levels, the Delta outbreak in July cut the majority of Australians off from each other for months.

“And then, just as demand was building again for the Christmas holidays, the Omicron variant emerged, putting another dent in consumer confidence,” he said.

Mr Joyce said in his statement that “Qantas is on track to deliver more than $900 million in annualised savings through restructuring by the end of FY22, which is ahead of schedule and means we’re able to recover faster and perform better than a pre- COVID Qantas Group could have.”

Qantas said its net debt fell to $5.5 billion, which the airline said was “within target range” while it had total liquidity at the end of the half of $4.3 billion.

Looking to the rest of the year, it would be true to say that Qantas is very cautious – but also hopeful of a steady improvement so long as the Covid threat continues to ease.

“While travel demand is strengthening and there have been positive developments on international borders in recent weeks, Omicron is likely to negatively impact Group EBIT by an estimated $650 million in 2H22,” the airline said in Thursday’s statement.

Again, the airline won’t be paying a dividend for the half year.