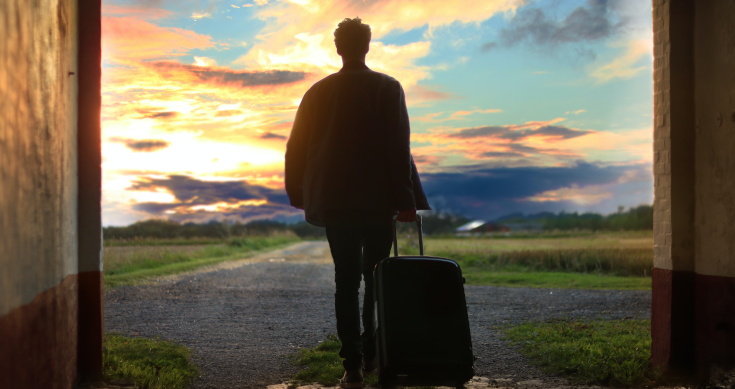 A common story for the six months to December Thursday from Qantas and Air New Zealand – the two major airlines of Australasia – with losses, weak revenues, Covid, more Covid and now the antics of Russian dictator Vlad Putin whose Ukraine aggression has shoved up world oil prices and with that, the price of jet fuel just when airlines didn’t want to see that happening.

And the travel sector generally took some body blows, led by the biggest, Flight Centre which also released an overly optimistic but weak report.

Putin’s invasion saw all shares sold off on Thursday on the ASX and it worsened after the actual invasion was confirmed around 3pm.

So Qantas, which had been weaker since the morning’s results release and growing fears about Putin, slid 5% to $5.08; Air New Zealand eased more than 3% to $1.43 and the big casualty was among travel operators, with industry leader, Flight Centre hard hit with a 10% slump to $18.09 at the close.

Both Qantas and Air NZ now face a slow than expected recovery thanks to the lingering impact of Covid Omicron and the surge in oil and fuel prices has added to their problems, although that has yet to hit home.

That was after Qantas reported another big interim loss – this time for the six months to December 2021 as the company’s plans for a return to normal business in the half were again disrupted by Covid – both Delta and Omicron waves which rolled along the East Coast and are now infecting WA.

The large underlying loss was however trimmed considerably on a statutory profit basis.

Qantas sold prime land at Sydney Airport for $802 million late last year which cutting its net loss for the half from $1 billion to $456 million.

CEO Alan Joyce said the airline continued to deal with the “twists and turns” of the pandemic.

“In all honesty, it’s been a real rollercoaster,” he said on Thursday in a statement and speech.

“Just as domestic travel was returning to pre-pandemic levels, the Delta outbreak in July cut the majority of Australians off from each other for months.

“And then, just as demand was building again for the Christmas holidays, the Omicron variant emerged, putting another dent in consumer confidence,” he said.

The company said it had cut its domestic capacity forecast across both its Qantas and Jetstar brands for the June quarter from 114% of pre-COVID levels to between 90% and 100%.

It also cut its international forecast from 60% capacity to 44% for the same period, citing a slower border reopening to New Zealand, Indonesia, Japan, Hong Kong and China. Hong Kong has shut its borders because of the worsening omicron outbreak and Qantas says it can use the capacity elsewhere in its network.

Revenue for the half grew $744 million to $3.07 billion, driven by  record results in its freight and loyalty divisions.

Qantas says the Omicron wave will cost it $650 million in the June half, and another $180 million in “inefficiencies” caused by labour and other costs rising ahead of revenue fully recovering.

For the half, Qantas reported earnings before interest, depreciation and amortisation of $245 million, which was $41 million under market forecasts.

“There’s no doubt Omicron… did slow down that recovery and there is a tail effect on this, particularly for Qantas on the corporate and the SME [small to medium enterprise] market,” Mr Joyce said. “It’s pushed everything out by about six months from where we thought we would be.”

But he added that “Qantas is on track to deliver more than $900 million in annualised savings through restructuring by the end of FY22, which is ahead of schedule and means we’re able to recover faster and perform better than a pre- COVID Qantas Group could have.”

Qantas said its net debt fell to $5.5 billion, which the airline said was “within target range” while it had total liquidity at the end of the half of $4.3 billion.

Looking to the rest of the year, it would be true to say that Qantas is very cautious – but also hopeful of a steady improvement so long as the Covid threat continues to ease.

“While travel demand is strengthening and there have been positive developments on international borders in recent weeks, Omicron is likely to negatively impact Group EBIT by an estimated $650 million in 2H22,” the airline said in Thursday’s statement.

On its fuel bill, Qantas said 1H22 fuel cost of $500 million, down $1.5 billion compared to pre-COVID largely due to a 74% reduction in fuel consumption

Looking ahead Qantas said its June yearly “fuel cost is expected to be materially lower than pre-COVID but higher than FY21.” The airline said the June half fuel cost was 90% hedged through a combination of ‘outright options and collars and “is fully effective at current market prices.”

But Brent crude topped $US100 a barrel last night in the immediate aftermath of the news of the invasion. Further rises could be unwelcome news for Qantas and Air NZ, not to mention Flight Centre.

And across the Tasman a similar tale of woe from Air New Zealand, but one that will probably end up worse than Qantas’ current experience.

Air New Zealand thinks it is heading for the worst annual loss since 2001 (when it collapsed and had to be rescued) due to a combination of an Auckland lockdown, expiring government relief schemes, rising fuel prices and an ongoing international border closure.

(Air NZ lost more than $NZ1.425 billion in the wake of the 9/11 attacks which hit airlines around the world. NZ had bought 50% of Ansett from News Corp and Ansett was an early failure in the post 9/11 implosion in aviation that saw it bailed out and renationalised by the NZ government in an $NZ885 million deal. The bailout left Air NZ 82% owned by the government.)

The forecast came after the airline reported its first-half statutory loss before tax more than tripled to $NZ367 million, from $NZ105 million a year earlier.

Qantas’ 2020-21 statutory loss of $A2.35 billion was its worst ever so Air NZ looks like it is running a year behind Qantas in seeing its financial performance hit rock bottom.

Air New Zealand Chair Therese Walsh said its performance in the 2021 financial year had been better because the domestic network had largely kept flying and travel bubbles with Australia and the Cook Islands had boosted the second half.

“The 2022 financial year has and will continue to be much more heavily impacted, both by continued suppressed demand and rising costs,” she said in a statement.

The airline also said on Thursday it still has plans to raise equity by the end of March or shortly thereafter to replace a $NZ2 billion liquidity package from its largest shareholder, the New Zealand government.

The airline had drawn down N$Z760 million of a government loan as of Wednesday of this week.

The carrier’s domestic business was hit hard in the first half by a lockdown in Auckland, the country’s largest city, at a time when international borders remained closed.

The Arden government has announced plans for a phased border opening this year, but travel bodies say rules requiring self-isolation on arrival need to be removed to revive the struggling tourism sector.

Air New Zealand added that there was still “a large degree of uncertainty” over the impact of the Omicron variant on demand for domestic travel for the rest of the financial year and self-isolation rules would have a significant impact on international demand.

And of course, no dividends from either airline.

The uncertain outlook also was a feature of the interim results from the travel booking major, Flight Centre.

The bottom-line loss was a bigger than expected (by the market) loss after tax of $188 million.

Based on market analyst forecasts, that loss was $52 million larger than expected and the shares were weaker in the wake of that release.

But Flight Centre said the outlook was improving as borders reopened and COVID-19 restrictions lifted globally, although it wasn’t 100% confident with Russia invading Ukraine after more than a month of destabilising activities and rising tensions (and fuel prices).

Putin’s invasion has made the optimism in those comments look dated.

The company said the value of bookings had grown 50% over the past month, the company said, and it was on track to return to profitability by the end of June.

Flight Centre predicted a return to pre-COVID levels of bookings in FY23 for its corporate business, while for leisure it should hit 45% of pre-COVID levels before the end of FY22 and then a full recovery in FY24.

“The positive trends that were being seen pre-omicron have re-emerged globally, after a relatively short downturn in December and January,” Flight Centre managing director Graham Turner said in the release.

“The outlook now for travel is considerably brighter although the recent unrest in Russia and the Ukraine may impact the pace of recovery if it escalates significantly.

“We remain comfortable with our pre-omicron return to profit timetables and will continue to target a return to monthly profitability in corporate and leisure during FY22.”